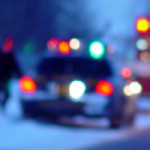 John was on his way home after a long and difficult day at work. Having burned the midnight oil at the office for several weeks, the stress and fatigue was about to catch up with him. A few miles and minutes from his family he lost control and clipped a guardrail, flipping the car and landing it upside down in the middle of the road. Trapped inside, he watched in horror as gasoline from the ruptured tank caught fire and lit the pavement. And worse, the road was remote and cries for help would go unheard. Terrible thoughts raced through his head. Was this the end? Would he never see his family again? Would he die an excruciating death? As the seconds dragged like hours, his cries for help became screams of horror, filled with regret and sorrow.

As he gave up all hope he saw a white light through the flames. The car shook as he heard a voice and felt a strong grip on his wrist. Within moments he found himself lying on the pavement several yards from the burning car, while flashing red lights approached in the distance. A passing traveler had stopped and braved the flames to save the desperate and pleading driver, pulling him clear of the wreckage. In the process, however, he suffered significant burns to his face and body and was taken away in an ambulance. Surprisingly, John was virtually unscathed. His tears of terror became tears of joy at the thought of embracing his wife and family again.

The fireman tending to John described the daring rescue and asked if he would like to visit his brave and selfless savior as he struggled for life in a nearby hospital. “Wouldn’t you like the opportunity to thank him for saving your life?” he asked.

John, thinking only of seeing his family, replied, “No thanks, I’m not interested.”

Now, before we write off John as an exception, a rare example of profound ingratitude, consider indifference toward the One who freely gave us life and every good thing, apart from whom we have nothing, to whom we owe all love and gratitude, whose goodness touches every aspect of our life. Indeed, “Every good gift and every perfect gift is from above, and coming down from the Father of lights” (James 1:17). “What do you have that you did not receive?” (1 Corinthians 4:7). Imagine denying God’s existence while enjoying the rich blessings of His world, including family and friends, in the midst of the clear display of His excellence and power always and everywhere, for “since the creation of the world His invisible attributes, His eternal power and divine nature, have been clearly seen, being understood through what has been made, so that they are without excuse” (Romans 1:20 NAS). Imagine apathy toward One who bore infinite humiliation and suffering on His own soul in our place, to purchase for us eternal life and happiness forever, who “demonstrates His own love toward us, in that while we were yet sinners, Christ died for us” (Romans 5:8 NAS). How should we view, “no thanks, I’m not interested,” as a response to God? How does God view it?

No one views God and His universe with disinterested neutrality any more than they view Christ that way, for Christ tells us, “Whoever is not with me is against me” (Luke 11:23). Why? Because indifference toward the One to whom we owe all love, obedience and thanksgiving is neither noble nor reasonable— it is contempt. 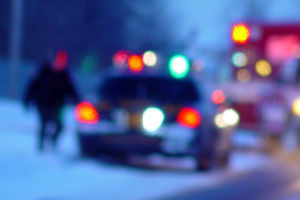 Yes, I Want a PDF of “Disinterested “Neutrality” Toward God Is Contempt”