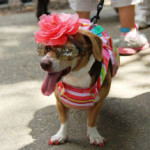 Unbelief maintains an extensive wardrobe and presents itself in a wide variety of colors and styles to fit the occasion or conform to the diverse tastes of its many adherents. Yet, despite its varied and changing appearance, it remains the same in its essential nature. In fact, even those unbelieving theological or philosophical perspectives that appear to be mortal enemies are on friendly terms according to their most basic beliefs.

For example, most Christians are familiar with “christian” liberalism and its effects, even if they do not recognize it by name. Where “christian” liberalism takes hold (hereafter referred to as “liberalism”), churches, schools, and seminaries that once stood as pillars of biblical truth and practice retain the mere outward appearance of Christian worship while denying its most precious truths. They hold to “a form of godliness” as they “deny its power” (2 Timothy 3:5). Christ, once worshipped as God who took upon Himself a human body and nature to save people from their sin, becomes no more than an idealized man. Scripture is relegated to the mere musings of people, devoid of its divine origin and authority. For liberalism, God is no greater than you and me.

Neo-orthodox theologians such as Karl Barth, on the other hand, appear to many as the antidote to liberalism, returning God to His exalted status. The theology of neo-orthodox theologians is often credited with providing the needed cure for liberalism by emphasizing God’s transcendence or “otherness.” Barth’s opposition to the theology of Friedrich Schleiermacher is often seen as part of this corrective. In the language of neo-orthodoxy, God remains entirely beyond what mere human language can describe. On its face, then, it appeared on the scene as the mortal enemy of liberalism.

Yet, while neo-orthodoxy may have corrected some of the errors of liberalism, it nonetheless operates according to the same basic principles. In a surprising irony, both religious liberalism and neo-orthodoxy found themselves on the same road with the same destination. Their war of words masked an affinity not always understood or appreciated: they both deny Scripture as true and real history; they both deny that Christ was and is God in the flesh who, in real time and history, satisfied the legal requirements of God’s law on behalf of sinners; and they both deny that people will be eternally condemned for their sin against God’s law apart from personally placing their faith in Christ alone for salvation. The cure, it seems, is no better than the disease.

Francis Schaeffer once said of neo-orthodoxy, “What existential philosophy had already said in secular language was now expressed in theological language.” It only gives the “illusion” of being Christian and different from secular existentialism by using terms that have a “religious connotation,” even though the Christian terms they use are devoid of orthodox Christian meaning. Their use of Christian language was so effective that many Christians today see little difference between neo-orthodoxy and true, biblical Christianity. Here, again, neo-orthodoxy and liberalism stand on the same ground in their use of Christian terminology without true Christian meaning.

And so we see how two seemingly contrary religious systems agree in their opposition to true, biblical Christianity. Employing the same unbelieving principle that elevates speculation and human opinion above the truth and authority of God and Scripture, they stand united in opposition to the essential doctrines of Christianity, even while using Christian terminology. Much that poses as Christianity today is merely unbelief in the garb of Christian language. Thus, in our love to God in affirming the truth and authority of what He has told us in Scripture, we must take great care to look beyond the mere use of Christian words to what people mean by those words. Do they uphold the divine authority of Scripture and what it teaches about all things? Do they love and uphold what Scripture teaches concerning the person and work of Christ, in heaven and in time and history on earth? Our subtle adversary wears many outfits, including the robes of an angel of light. We do well to look beyond mere appearance to the substance at the heart of belief. Our adversary is clever, indeed, but we should not and need not be deceived by his many disguises. 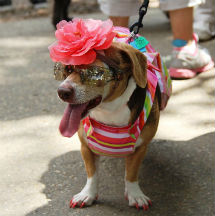 Yes, I Want a PDF of “Strange Attire: The “Christian” Costume of Unbelief”