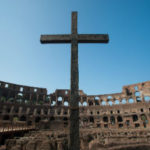 “For you are a chosen race, a royal priesthood, a holy nation, a people for God’s own possession, that you may proclaim the excellencies of Him who has called you out of darkness into His marvelous light; for you once were not a people, but now you are the people of God; you had not received mercy, but now you have received mercy” (1 Peter 2:9-10 NAS).

Imagine the task of introducing the history of the Christian church to a group of students that know nothing of Christianity. Perhaps you could begin with ancient Rome and recount the experience of believers burned as torches in Nero’s garden, living in the catacombs, or thrown to the lions in the coliseum. You might survey accounts of Reformation martyrs burned at the stake for the Gospel, or tortured at the hands of the Roman Catholic Inquisition. For contemporary history you could interview survivors of North Korean concentration camps, or visit secret churches in the Middle East where Christians meet under the threat of death, or are butchered by Islamists in Syria and Iraq. You could go to China, where believers can be jailed and even tortured for their faith, or sit in an American university classroom to see what happens when you say that faith in Christ alone is the only way to heaven.

In concluding your lesson, you could ask your students if the brief history fits the status of a people chosen by a God of infinite love and power to be His special children. Admittedly, our small sample of hardships does not represent the experience of every Christian in every age; many believers live relatively peaceful lives. Nonetheless, the history of God’s people raises an important question: Is God’s glory more likely to be found in stadiums filled with people rejoicing in the hope of earthly health, wealth, and prosperity, or in coliseums awaiting the release of the lions? Or put another way, are weakness, trials, and profound suffering consistent with our status in Christ as “a royal priesthood” and “holy nation,” appointed by God to proclaim His excellence?

The importance of the question cannot be overstated. The correct answer will deepen and strengthen a right understanding of the Gospel and nurture a faithful, joyful, and God-honoring life in any circumstance. A wrong answer will miss the meaning and purpose of the Gospel, mistake the ways of the world with the ways of God, confuse the present age with the age to come, and lead to disappointment and frustration in the trials of the Christian life.

To answer our question, we must first identify that which constitutes the glory or excellence of the One we proclaim, the head of the Church, and then look at how His excellence appears in His body, His chosen and beloved ambassadors. The latter will be examined in Part Two of the series, while we turn now to that which constitutes the greatest display of God’s glory, namely, the purpose, character, and result of Christ’s suffering in redeeming unworthy sinners.

To begin, God is glorified in the purpose of Christ’s suffering. His humiliation and agony in life and death accomplished God’s ultimate purpose to display and communicate the excellence of His perfections. His glory radiates from the infinite love that purchased eternal happiness for the unlovable, and that at infinite cost to Himself. The beauty of His righteousness appears in His unwillingness to save a single soul without the perfect satisfaction of His holy justice, including the perfect love, honor, and obedience owed to Him by those He created, and payment of the penalty for our sin. God’s power shines in the defeat of death and the Devil, in the wisdom that saved the unsavable, and in the goodness, mercy, and grace that sent the One who freely volunteered to be our substitute and purchase our eternal happiness.

Second, God is glorified in the character of Christ’s suffering. In His temptation in the wilderness, in His earthly poverty, as treated as a common criminal, in His composure before Pilate as He endured the humiliation of spitting, lashing, the mocking of ignorant soldiers, and the taunts of an evil crowd, such that Pilate was amazed. And greater still, in the face of immeasurable agony He would experience in bearing the infinite wrath of the Father on our behalf, He resolved to drink the bitter cup to the full that we might drink from the chalice of His eternal happiness.

And third, God is glorified by the results of Christ’s suffering. Covered in His righteousness, we appear as trophies of God’s grace and excellence when the life of Christ shines in and through us. And when we join Christ at the right hand of the Father as the reward for the infinite merit of His perfect life and death, our presence and praise in heaven will forever speak of God’s infinite excellence. But until that great day, we “tell of His glory among the nations, His wonderful deeds among all the peoples. For great is the LORD, and greatly to be praised” (Psalm 96:3-4 NAS). Amen.

In Part Two, we will examine the glory of God as displayed in the church. 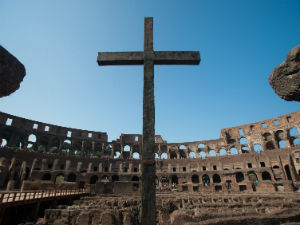