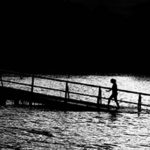 “The floodwaters of secular thought and liberal theology overwhelmed the Church because the leaders did not understand the importance of combating a false set of presuppositions.” —Francis Schaeffer, The God Who Is There

Faithful Christians face opposition from some of the greatest minds in history, from experts in their field of study with advanced degrees to clever armchair pundits. For the average believer trained in Sunday school it can be a bit intimidating. Moreover, how does the busy Christian begin to grasp the abundance and variety of arguments for and against Christianity? And while God needs no help (His will and purpose will be accomplished), He has called us to the privilege of declaring and defending the faith. How, then, can we adequately defend faith in Christ in the face of widespread and sophisticated opposition?

Fortunately, as varied and complex as the claims against Christ and the Bible may be, they all stand on the same assumptions (presuppositions). And like beautiful buildings, arguments are only as good as their foundations. Therefore, if the starting assumptions of an argument against the God of Scripture are worthless, the conclusion will be worthless, regardless of the argument’s brilliance. Interestingly, claims against Christ and the Bible can be quite logical if their conclusions follow starting assumptions. But, like an otherwise perfect mathematical equation rendered false by a single wrong number at the start, the soundest logical assertions are false when built on faulty presuppositions. Thus, disputing such claims while leaving their false foundation unchallenged is futile and gives the impression that logic supports unbelief. Yet, any logical assertion will be undone when its starting point is exposed as false. Therefore, if the atheist’s presuppositions can easily be identified and displayed as untrue, the ability to refute the most sophisticated arguments can be made available to all Christians.[1]

Briefly, all people interpret what they see, hear, taste, touch, smell, and ponder according to an ultimate authority or standard of truth. We all reason by trust (faith) in this authority for the ultimate meaning of things. In this sense, all people are “people of faith.” The idea that Christian belief stands on faith and unbelief stands on reason and science is a myth. For instance, Christian and atheist scientists may agree on the observed laws of physics, yet one views them as the result of time and chance, the other as the work of God. Viewing the same facts, they trust in a different standard of truth or authority to interpret them. God’s Word (Scripture) forms the ultimate authority and object of faith for the believing scientist, while unbelievers trust their personal opinion and ability to interpret God and all things from their limited vantage point without the explanation of the God who created and sustains it.

Therefore, who’s ultimate authority and object of faith can be trusted as the final standard of truth and explanation of God, man, reality, truth, knowledge, authority, and ethics? Here lies the more fundamental issue than differences of opinion concerning particular facts. One’s object of faith determines the validity of the beliefs built on it. The God of Scripture stands as the reasonable and obvious source and explanation of all things, apart from whom we could not discuss such things. And if the object of faith on which claims against biblical truth are built can be shown to be unreasonable and untrustworthy, and the belief derived from it exposed as unscientific and contrary to the nature of reality, we effectively defend our faith in Christ and boost our assurance of the trustworthiness of Christ and Scripture. It helps our faith to know that the alternative is groundless, unreasonable, and untrustworthy.

Of course, no one believes apart from God changing the unbelieving heart and opening spiritual eyes, but we need not be intimidated or moved to compromise truth by arguments based on the opinions of limited and fallen people. From love and a concern for the eternal destiny of unbelievers, we do best to expose the unreasonable nature of unbelief and its false object of faith, then point to the infinite excellence and sufficiency of Christ and the need of repentance—and pray.

[1] This is not to deny the usefulness of the excellent, technical work of believing scientists and apologists, but to affirm the importance of addressing underlying assumptions or presuppositions of unbelief, and that all believers, regardless of sophistication, can be equipped to do so. 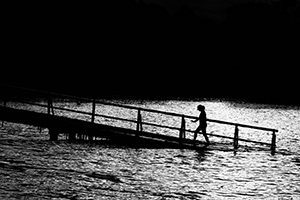 Yes, I Want a PDF of “Presuppositions of Faith (1 of 6): Faith as the Basis of Reason”