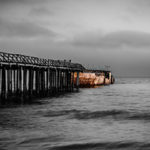 At first glance, the atheist’s claim that “God does not exist” appears to be little more than a simple statement about the reality of God. But, it is much more. To deny God’s existence makes significant claims about every aspect of reality.

However the atheist attempts to explain the source, order, and magnificence of the universe—evolution or otherwise—it has nothing to do with “God.” In an ultimate sense, everything came from nothing. Thus, to say that “God does not exist” claims far more than it appears to at first sight because it concerns the nature of everything that exists, has existed, or will ever exist. To say that God does not exist says what can and cannot be true of the ultimate origin, purpose, and meaning of everything. And while the atheist may humbly admit ignorance of many things, this he knows for certain: The universe and everything in it is not created, ordered, and sustained by God, for God does not exist.

Second, similar sweeping claims are implied concerning the nature of knowledge, truth, and ultimate authority. As atheists claim to exist independently of God, so they believe they can observe, interpret, and make true statements about the nature of the universe apart from God. In other words, true knowledge, absolute truth, and ultimate authority to know and speak truth exist without God. God’s explanation of the source and nature of reality is unnecessary because everything can be observed and interpreted from the limited perspective of people. And while the atheist may admit the possibility of holding false opinions, in denying God’s existence he declares his own opinion or interpretation of reality as true and authoritative. In other words, to assert that all life exists without God creating and sustaining it presume one’s own ability to accurately and authoritatively explain life’s origin, purpose, and meaning.

Of course, few would dare call themselves the ultimate authority and determiner of truth, and their own interpretation of reality as absolute truth. Yet, atheists do exactly that. When they deny God’s existence and explanation of the universe, they presume their own limited perspective to be the ultimate place of authority. And again, while atheists properly admit their ignorance about many things, they remain certain that their limited vantage point is sufficient to make such authoritative statements of “truth.” Thus, the wide scope of the atheist’s claims concerning God, man, and everything in the universe also applies to the nature of knowledge, truth, and ultimate authority. To assert one’s own personal explanation of the source and ultimate nature of reality as true makes oneself the ultimate authority and determiner of truth, assuming the place of the God they deny.

Third, it naturally follows that the ultimate judge of the nature of God, mankind, reality, knowledge, truth, and ultimate authority will be the ultimate judge of right and wrong. To assume no accountability to God assumes human opinion to be the highest moral authority, and the human will as free to do as it pleases (subject to man-made constraints). When people assume that God does not exist, they claim the right to make their own rules. This does not say that all atheists live immoral lives relative to monotheists or that they do not have their own reasons for living a “moral” life. It does say, however, that a denial of God’s existence claims independence from God’s law and justice. “No God” infers no ultimate standard of right and wrong, no ultimate accountability, and no ultimate judgment. Thus, the claims of the atheist are comprehensive in their ethics, extending to the moral government of the universe, the ultimate destination of people after death, and whether or not people will be held accountable in the hereafter for bad behavior here and now. To say that God does not exist says a great deal.

In Part Three we’ll answer the question: Is the claim that God does not exist reasonable?

Yes, I Want a PDF of “Presuppositions of Faith (2 of 6): The Sweeping Claims of the Atheist”