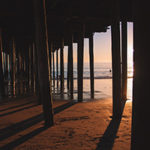 The simple question, “How do you know what you claim to know?” easily reveals unreasonable, blind-faith assumptions behind sophisticated arguments of atheism. Gracious use of this question provides the surest way to expose atheism as unreasonable and unscientific. Consider the following dialogue between Mr. C (Christian) and Mr. A (Atheist) [1] and notice how atheists presume a measure of knowledge only possessed by the God they deny.

Mr. C:   You are my friend, Mr. A, and I would like that friendship to extend into eternity.
Mr. A:   I do appreciate your attitude.

Mr. C:   I have on my desk a beautiful antique box with a rustic brown finish. Can you tell me the contents of the box, Mr. A?
Mr. A:   I have not seen the box, and I have not opened the box—how could I know what is in the box?

Mr. C:   Your answer is quite reasonable, Mr. A. You readily and humbly admit your human limitations. Tell me, have you traveled through outer space recently, or left your physical body to roam around another dimension?
Mr. A:   Do I look like Dr. Who, Mr. C?

Mr. C:   You agree, then, that you are currently limited to three, maybe four dimensions of existence?
Mr. A:   Of course I am limited, and I am limited in my ability to understand your choice of questions, Mr. C.

Mr. C:   Do more than three or four dimensions exist? More than ten, a hundred?
Mr. A:   You tell me, Mr. C, you are asking me questions that I cannot possibly answer.

Mr. C:   You admit your human limitations with respect to my brown box and the dimensions of your existence. Why, then, do you claim to know about everything in the universe?
Mr. A:   I claimed no such thing, Mr. C. What have you been smoking? I know you were a hippie in the sixties, were you not, Mr. C?

Mr. C:   Well, I… don’t change the subject. But tell me, what would you need to know to say with certainty that God does not exist?
Mr. A:   I am not sure.

Mr. C:   You would need to know about everything in the universe and beyond, including every possible dimension. In saying God does not exist, you claim omniscience.
Mr. A:   I am doing no such thing.

Mr. C:   I know you would never overtly claim to have infinite knowledge. Nonetheless, one would still need knowledge of everything in the universe and beyond to say God does not exist—an attribute of the God you deny. And while you are reasonable to admit that you cannot possibly know the contents of my wooden box without looking inside it, you also make a claim that requires a knowledge and ability infinitely greater than required to know the contents of my wooden box. You seem to have gone from a rational position, admitting your human limitations, to an irrational one that speaks as if you know all things, which you admit you do not.
Mr. A:   I look at the universe and I do not see the evidence for God, so there is no God.

Mr. C:   Are you telling me that what you cannot see or know cannot exist? Are you claiming that your limited understanding determines what can and cannot exist in the universe? Is that reasonable?
Mr. A:   I know that you just want me to go to heaven, but my human limitations require me to eat.

This simple illustration reveals the basic flaw of the atheist’s claim. On the one hand, Mr. A is reasonable to confess his limited knowledge by admitting ignorance of the contents of Mr. C’s wooden box. On the other hand, he is unreasonable to claim that God does not exist, for he would need to know everything about the universe and beyond to legitimately make such a claim. He would have to be God to deny God, who he says does not exist. And while he acknowledges his limited ability to know many aspects of the universe (including the contents of the box), he knows for sure it is all uncreated, self-existing, self-ordering, and unrelated to God, for God does not exist.

The assumed ability to make “authoritative” assertions about things that cannot be known apart from knowledge of everything or a direct revelation from God forms the blind-faith assumption on which all atheistic arguments are built. In short, atheists trust their opinion as the ultimate authority or standard of truth. But, does this constitute a trustworthy and reasonable foundation for their claims? As we have seen, if the foundation is faulty, so are the conclusions built on it. Here lies the misplaced and blind faith of unbelief.

In Part Four we’ll further illustrate this principle by showing why the miracles in Scripture are both reasonable and logical.

[1] The use of dialogues was a favorite technique used by Cornelius Van Til in his writings. 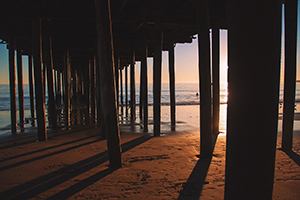 Yes, I Want a PDF of “Presuppositions of Faith (3 of 6): The Presumption of Omniscience”