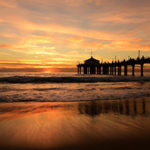 Mr. A:   So, refuting the existence of your God merely requires basic arithmetic?
Mr. C:   To some it would seem so, but that is far too simplistic. Scripture teaches that God is one personal being who eternally exists as three persons. Yet, He is not three Gods, but one.

Mr. A:   Gee, that clears things up. How can I possibly accept something that sounds so irrational?
Mr. C:   Remember, what appears to be irrational to you, given your limitations, is not irrational in God. God is perfect. He is not subject to the laws He created to order the universe, He transcends them.

Mr. A:   So we come to another copout: Just claim God is too high and the argument is over.
Mr. C:   Are you saying because you cannot understand how God can be both three and one, He cannot exist? Or that because you cannot grasp or understand something, it cannot be true? Is your limited understanding really the ultimate determiner of truth?

Mr. A:   I cannot see how God can be one and three persons at the same time. The Nicene and Athanasian Creeds seem like complete nonsense to me.
Mr. C:   God as a Trinity involves mystery to us, but not to God, as He is not constrained by our understanding or the created limitations of His universe. As He is infinitely higher than us, we cannot know Him unless He condescends to reveal Himself to us, and He has revealed Himself to us in Scripture as one personal God, eternally subsisting as three persons: God the Father, God the Son, and God the Holy Spirit.

Mr. A:   Are you asking me to forsake reason?
Mr. C:   No, only to admit your limitations as a finite, created being, who cannot exhaust the knowledge of our infinite God. The Trinity is God, and if we could fully understand Him, He would not be much of a God. Unfortunately, many who claim to be Christians agree with your approach, rejecting doctrines because they cannot fully understand or explain them.

Mr. A:   I must admit that they do help my cause.
Mr. C:   And please understand, I am not denying the use of logic or reason. God gave us minds, and He gave us logic to order our thinking. But He never gave them to us to deny His transcendence. This would be an irreverent use of logic, one that refuses to acknowledge God as infinitely greater than we are. We must submit to the authority of God in what He has told us about Himself. As much as we dislike admitting our weaknesses and limitations, we need to learn how to think in a manner that fully honors God and His infinite supremacy over us.

Mr. A:   Interesting. A Christian once told me that the law of non-contradiction forms the final determiner of truth, convincing me that I could explain God away because the Trinity and other theological mysteries appear to violate that law.
Mr. C:   It is a helpful and valid law of logic, and in God are no contradictions. But, when used by limited people it must bow to God’s transcendence. Truth is what God says it is, and we know God by what He has chosen to reveal to us.

Mr. A:   I must admit, when my arguments concerning miracles or apparent contradictions in Scripture are viewed according to the infinite greatness of God as revealed in Scripture, it does take the wind out of my sails. But, I still have a hard time accepting the idea that I take the place of God in my argumentation when I reject something because I don’t understand it, but I will give it more thought.
Mr. C:   Thank you, Mr. A, I look forward to our next talk!

As with the “problem of evil,” the triune nature of God as revealed in Scripture involves mystery beyond the limits of human understanding. In the Trinity we meet the God who exists infinitely above and beyond all things; yet, has, condescended to clearly and personally reveal Himself in time and space to His creatures. By what authority, then, can anyone deny what God has revealed to us about Himself? Who can legitimately claim that God cannot be beyond our understanding, or above what we can know and observe in the universe? Can our finite perspective really form the ultimate standard of truth concerning a transcendent God?

In refusing to accept His testimony about Himself, atheists make dogmatic statements about God and His universe, even while their limitations prevent them from knowing the content of their neighbor’s antique box or garage. They declare what God can or cannot be from the vantage point of five senses, three or four dimensions, and seventy or so years on the earth, when knowledge of every aspect of the universe and beyond is required to justify their claim. They reason by unjustified faith in their ability to know what cannot be known apart from God’s revelation. God alone can reveal to us with authority what He is like. Therefore, in dealing with a God of infinite glory, we should expect to be confronted with great mysteries, while a proper and reasonable faith accepts our human limitations. “For as the heavens are higher than the earth, so are My ways higher than your ways, and My thoughts than your thoughts” (Isaiah 55:9). 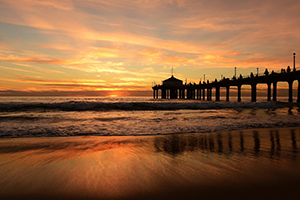