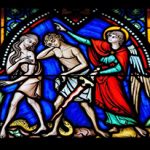 The crowds beat their breasts at the sight of their weak and bleeding Savior dragging a cross to His demise. Their humiliated deliverer would soon be executed by the power they once hoped He would destroy. A few days earlier, the enemy who so miserably failed in his temptation of Christ in the wilderness moved the sinful heart of Judas to begin the wicked work. The day of darkness was at hand, and surely the trial and crucifixion of Christ would be his greatest victory. Or, would it?

Outsmarted by God, Satan’s “triumph” would be his undoing, securing the eternal glorification and happiness of multitudes and his own fate in the lake of fire. “The Son of God appeared for this purpose, that He might destroy the works of the devil” (1 John 3:8). “Since then the children share in flesh and blood, He Himself likewise also partook of the same, that through death He might render powerless him who had the power of death, that is, the devil; and might deliver those who through fear of death were subject to slavery all their lives” (Hebrews 2:14-15). “And the devil who deceived them was thrown into the lake of fire and brimstone, where the beast and the false prophet are also; and they will be tormented day and night forever and ever” (Revelation 20:10). What, then, constitutes Satan’s greatest victory?

A theology professor once summarized the heart of theology in three simple rules: 1) There is a God; 2) You are not Him; and 3) Repent.[1] This simple, yet brilliant summary gets to the heart of Satan’s greatest victory—convincing Eve and everyone since to believe the lie, “You will be like God” (Gen 3:5). Of course, Adam and Eve were created in God’s image, and were like God in many ways. Even their descendants, born into the world with original sin, still bear aspects of God’s image, marred and defaced as it is. Yet, Satan tempts people with something far beyond the remaining image of God within us, something we could never truly possess, something God never intended for His creation. Satan tempts mankind to presume the place and authority of God. His message boils down to this: you have the power and right to choose between God’s will and your will. God’s Word constitutes one option among others, and you possess the authority to accept or reject God’s revelation as you see fit. Eve fell for it, Adam joined her, and the rest is history.

Satan’s greatest victory, then, involves persuading others to imitate his doomed attempt to ascend to the place of God. A. W. Tozer put it this way: “Sin has many manifestations but its essence is one. A moral being, created to worship before the throne of God, sits on the throne of his own selfhood and from that elevated position declares, ‘I AM.’ That is sin in its concentrated essence.”[2] From the garden until today, Satan’s grand scheme has been to promote this colossal and deadly lie and hinder people from coming to Christ to be delivered from it. Legions will pay a terrible price for willingly embracing the treachery.

Many live according to this sinful principle even as they bear the name pastor or chaplain, even as they quote Scripture and speak of the “risen Christ.” Yet, insofar as they maintain the prerogative to accept and reject God’s revealed truth as they please, according to their own desires, they operate according to Satan’s lie. The horrible result will be that many who say to Christ on Judgment Day, “Lord, Lord, have we not prophesied in thy name?” will hear the frightful words, “I never knew you; depart from Me, you who practice lawlessness” (Matthew 7:22, 23). Satan will rejoice at their destruction, for a time, until he joins them to suffer the same fate in the lake of fire. His greatest victory will return on his own head as he suffers the just deserts for his wickedness.

[1] I first heard this from Ken Sarles. 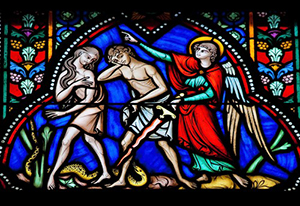 Yes, I Want a PDF of “Satan’s Greatest Victory”