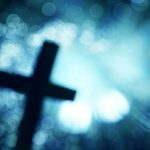 Jonathan Edwards’ classic work, The Religious Affections, is likely the greatest book ever written on the nature of the Holy Spirit’s work in the heart of a true believer or the essence of the true Christian life. Thoughtful reflection in its pages reaps the enormous dividends of greater understanding and appreciation of the infinite excellence of God and His work in us. The first in a series of articles summarizing important and helpful portions of this marvelous book, we begin with the background and context of its writing.

Many New England churches in the early years of the eighteenth century were apathetic and declining. “Sainthood became more synonymous with respectability,” while Congregationalism, the largest denomination “became more like the world in which it lived, less like a pure fellowship of saints called out from society.” Moreover, “God became less respected as man became more respectable,” while “the decline of the Puritan piety was marked by a rise of ‘many and great Impieties,’ a fall in ‘the power of godliness,’ and a ‘time of extraordinary dullness in religion.’” [1] Then came the “Awakening.”

Smaller awakenings preceded and followed what has come to be called “The First Great Awakening” of 1740-42—the greatest revival in the history of America. At its onset, faithful pastors were doing what they had always done, carefully preaching the Word of God and serving their flocks. No pastor or human technique created the revival, and it often arrived in churches without contact with other churches or outside influences to promote it. In New England, “It was a rushing flood that swept over all the land, recognizing no boundaries, whether social, civil, or ecclesiastical, leaving no inhabited area untouched, and receding as suddenly as it had come.” [2]

Many welcomed the Awakening as a great work of God as people came to Christ, professing Christians were “revived,” interest in Scripture flourished (even among the youth), and churches filled to overflowing. “Religion is now much more the Subject of Conversation at Friends’ Houses, than ever I knew it. The Doctrines of Grace are espoused and relished. Private religions Meetings are greatly multiplied…. There is indeed an extraordinary Appetite after the sincere Milk of the Word.” [3]

Much more numerous and more frequently mentioned than the conversions were the signs of repentance and concern. William Cooper of Brattle Street Church remarked that in one week, at the height of the revival, more persons came to him in anxiety and concern than in the preceding twenty-four years of his ministry.” [4]

While times have changed, a contemporary equivalent would include widespread traffic jams on Sunday as people flock to hear the Word of God, bars and theatres closing for lack of customers, crowds of public and private high school students voluntarily meeting after classes to pray and study Scripture, pastors inundated by people concerned about sin and condemnation, and previously empty churches bursting at the seams with people deeply concerned for their souls and the souls of others—all with great interest in the doctrines of Scripture and the Gospel. Entire cities and states would be transformed.

Many, however, opposed the Awakening, perhaps none more vigorously and skillfully as Charles Chauncy, pastor of First Church in Boston and later president of Harvard (1654-1672).

There never was such a Spirit of Superstition and Enthusiasm reigning in the Land before; never such gross Disorders and barefaced Affronts to common Decency; never such scandalous Reproaches on the Blessed Spirit, making him the Author of the greatest Irregularities and Confusions.” [5]

No greater mischief has arisen from any quarter. It is indeed the genuine force of infinite evil. Popery it self han’t been the mother of more and greater blasphemies and abominations. It has made strong attempts to destroy all property, to make all things common, wives as well as goods. —It has promoted faction and contention; filled the church oftentimes with confusion, and the state sometimes with general disorder. —It has, by its pretended spiritual interpretations made void the most undoubted laws of God. It has laid aside the gospel sacraments as weak and carnal things; yea, this superior light within has, in the opinion of thousands, render’d the bible a useless dead letter. —It has made men fancy themselves to be prophets and apostles; yea, some have taken themselves to be Christ Jesus; yea, the blessed God himself. It has, in one word, been a pest to the church in all ages, as great an enemy to real and solid religion as perhaps the greatest infidelity.” [6]

Between the opposite poles of an “entirely glorious work” and a work of “infinite evil” lay more moderate opinions. At the same time, many of its strongest supporters recognized dubious elements attending the revival, including:

Though relatively rare at the onset of the Awakening, their frequency and intensity increased as emotional excesses and extraordinary experiences were deemed marks of God’s favor and a higher spiritual experience.

Edwards sought a balanced appraisal that affirmed the good and opposed the bad. He rejected unbalanced views of the intellect and affections behind extreme responses to the Awakening, and affirmed the importance and necessity of religious affections as the fruit of the Holy Spirit in the believer.

Next, we’ll examine Edwards’ motives for writing The Religious Affections, followed by an explanation of the nature of affections and their importance to the Christian life.

[5] Charles Chauncy in letter to Ezra Stiles; quoted in Gaustad, The Great Awakening, 88.

[6] Charles Chauncy, Enthusiasm described and cautioned against… With a Letter to the Reverend Mr. James Davenport; quoted in Gaustad, The Great Awakening, 87-88. 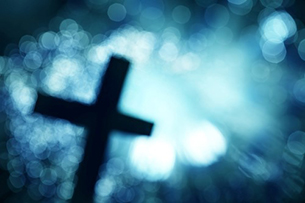 Yes, I Want a PDF of “The Glories, Evils, and Confusion of the Great Awakening”