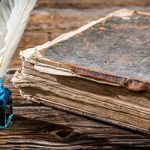 Every revival in the church includes an unhappy mixture of good and bad—the fruit of God bringing people to saving faith and a greater love of His excellence, and the fruit of the devil’s deceptions and the corruption in believing and unbelieving hearts. Indeed, “It is no new thing, that much false religion should prevail, at a time of great reviving of true religion; and that at such a time multitudes of hypocrites should spring up among true saints.”[1] Edwards points to the days of Josiah (Jeremiah 3:10; 4:3-4), John the Baptist (John 5:35), the multitudes listening to the teaching of Christ, the Apostles, the Reformation, and the Great Awakening of his own day as examples. For Edwards, this troublesome mixture was common in the same way we find good and evil mingled in our own unglorified hearts.

Nonetheless, the health of the church and the furtherance of the Gospel require the difficult task of identifying and opposing the evil and counterfeit while promoting the good. False “Christianity” masquerading as true poses the greatest threat to the church because it appears as a friend. In any war, spiritual or otherwise, enemies posing as allies behind our lines have ample opportunity to do harm.

After religion has revived in the church of God, and enemies appear, people engaged to defend its cause are commonly most exposed where they are least sensible of danger. While they are wholly intent upon the opposition that appears openly before them, to make head against that, and do neglect carefully to look all around them, the devil comes behind them, and gives a fatal stab unseen; and has opportunity to give a more home stroke, and wound the deeper, because he strikes at his leisure and according to his pleasure, being obstructed by no guard or resistance.”[2]

Edwards observed that some of the most zealous defenders of the Great Awakening inflicted the worst damage to its reputation and success. Having identified themselves as supporters and promoters of this glorious work of God, their doctrinal errors and scandalous behavior did more to quench the Holy Spirit and discredit the Awakening than its most overt adversaries.

By this means he [Satan] brings it to pass, that men work wickedness under a notion of doing God service, and so sin without restraint, yea with earnest forwardness and zeal, and with all their might. By this means he brings in even the friends of religion, insensibly to themselves, to do the work of enemies, by destroying religion in a far more effectual manner than open enemies can do, under a notion of advancing it.”[3]

It is by the mixture of counterfeit religion with true, not discerned and distinguished, that the devil has had his greatest advantage against the cause and kingdom of Christ all along.”[4]

Edwards understood firsthand the need of the church to discern the true nature of God’s work within and among us, and expose and correct the counterfeit and destructive—a difficult but necessary task. Enemies of God have less ammunition when our behavior stands beyond reproach and the evil among us cannot be associated with God’s work.

It is a hard thing to be a hearty zealous friend of what has been good and glorious in the late extraordinary appearances, and to rejoice much in it; and at the same time to see the evil and pernicious tendency of what has been bad, and earnestly to oppose that. But yet, I am humbly but fully persuaded, we shall never be in the way of truth, nor go on in a way acceptable to God and tending to the advancement of Christ’s kingdom, till we do so.”[5]

To that end Edwards wrote The Religious Affections, perhaps the greatest help ever penned to equip saints to discern a true work of God in the heart of a Christian—the nature and fruits of the new birth and permanent indwelling of the Holy Spirit within the saint.

Therefore it greatly concerns us to use our utmost endeavors clearly to discern, and have it well settled and established, wherein true religion does consist. Till this be done, it may be expected that great revivings of religion will be but of short continuance; till this be done, there is but little good to be expected of all our warm debates, in conversation and from the press, not knowing clearly and distinctly what we ought to contend for.”[6]

We contend for salvation and new life in Christ that burns with love for God’s holy excellence, that loves God first and foremost for who He is, that grows into the likeness of Christ by the Holy Spirit producing His fruit within us. We contend for the glory of Christ and the Gospel to watching and needy world, we dare not willfully or ignorantly tarnish it.

Please join me as I continue a series of articles simplifying and summarizing important truths from Edwards’ classic. Or, better, pick up an unabridged copy of The Religious Affections and immerse yourself in its wonderful truths. The blessings to you and the church will far outweigh the effort.

In the next article we will examine the nature and definition of religious affections, including Edwards’ helpful explanation of the faculties of the soul. 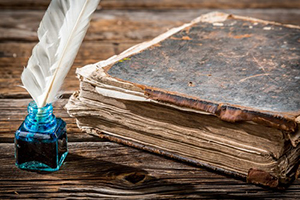 Yes, I Want a PDF of “The Religious Affections: Why Edwards Wrote It”