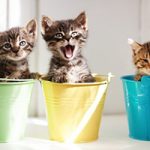 Under the preaching of God’s Word during the Awakening, many experienced deep sorrow for sin and fear of God’s judgment, followed by joy and comfort when convinced they had become objects of God’s favor. Some refused to believe this scenario was evidence of God’s saving work, while others viewed it as undeniable proof. For Edwards, the evidence demanded neither verdict. As with the other “uncertain” signs, looks can be deceiving.

When believers pass from condemnation before God into total forgiveness and new life, it is scriptural and reasonable that their experience match reality, that God would make them know their sin and its deserved judgment followed by the joy of salvation. God often leads people into a wilderness before He “speaks comfortably to them,” in order “that they shall be brought into distress, and made to see their own helplessness and absolute dependence on His power and grace, before he appears to work any great deliverance for them.” [1]

For instance, Israel groaned under Pharaoh’s cruel bondage before their deliverance, were brought to despair at the Red Sea before they walked on dry land to watch Egypt‘s finest drowned in the sea, and were humbled by God in the wilderness to “do them good in their latter end” (Deuteronomy 8:2, 16). The woman who bled for twelve years spent all of her money on doctors before Christ healed her without cost (Luke 8:43-44). The disciples’ trembled at the waves and cried for help before Christ calmed the sea (Matthew 8:24-26), while the Apostle Paul was led to despair of his life “that he might not trust in himself, but in God that raiseth the dead” (2 Corinthians 1:8-10). [2]

Moreover, God has often “manifested Himself in a way which was terrible, and then by those things that were comfortable,” such as to Moses at Mt. Sinai (Hebrews 12:18-21), or when “the horror of great darkness” fell on Abraham before God promised to give his descents the promised land (Genesis 15:12-21), and when God passed by as Elijah observed from the cleft of the rock (1 Kings 19:11-13). [3]

Scripture teaches that conviction of conscience preceding comfort and joy reflects God’s typical manner in salvation as He delivers us from condemnation for our sin. Peter’s first sermon pierced the hearts of the hearers before they cried for deliverance and 3,000 were saved, just as we have “fled” to Christ for “refuge” from God’s righteous judgment (Hebrews 6:18). [4]

Nonetheless, “terror and a conviction of conscience are different things,” [5] people can be terrified of hell with no conviction for their sin. “They tell of a dreadful load and sink of sin, a heap of black and loathsome filthiness within them; when, if the matter be carefully inquired into, they have not in view anything wherein the corruption of nature does truly exist.” [6]

“As the devil can counterfeit all the saving operations and graces of the Spirit of God, so he can counterfeit those operations that are preparatory to grace,” including fear of hell and conviction of sin. [7] “Some persons that have frightful apprehensions of hell, a dreadful pit ready to swallow them up, and flames just ready to lay hold of them, and devils around them ready to seize them; who at the same time seem to have very little proper enlightenment of conscience really convincing them of their sinfulness of heart and life.” And some people are easily impressionable and excitable. [8]

Conviction of sin does precede seeking deliverance from its penalty, but joy and comfort following fear and conviction might not be from saving faith. “There are false humiliations and false submission, as well as false comforts.” [9]

There is oftentimes in men who are terrified through fears of hell, a great appearance of their being brought off from their own righteousness, when they are not brought off from it in all ways, although they are in many ways that are more plain and visible. They have only exchanged some ways of trusting in their own righteousness for others that are more secret and subtle.” [10]

The heart disguises self-righteousness many ways. “Oftentimes a great degree of discouragement, as to many things they used to depend upon, is taken for humiliation: and that is called a submission to God which is no absolute submission, but has some secret bargain in it that it is hard to discover.” Joy following mourning may have nothing to do with love to God and His holiness. And, if Satan can imitate the external appearance of the “effects of the Spirit of God,” he can imitate their order. Moreover, no “certain rule” exists as to how far the Holy Spirit goes in convicting people of sin without actually saving them. Ministers during the Awakening observed many seemingly converted in this way that subsequently fell away. [11]

The Holy Spirit’s work is mysterious and cannot be reduced to a series of steps or methods.

It is to be feared that some have gone too far towards directing the Spirit of the Lord, and marking out His footsteps for Him, and limiting Him to certain steps and methods. Experience plainly shows, that God’s Spirit is unsearchable and untraceable, in some of the best Christians, in the method of His operations in their conversion.” [12]

“Thou knowest not what is the way of the Spirit” (Ecclesiastes 11:5). “Who hath directed the Spirit of the Lord, or being his counselor has taught Him?” (Isaiah 40:13).

Ministers observed that salvation testimonies began to conform to an accepted pattern. Awakening experiences at first “appear like a confused chaos,” but over time the stories begin to emphasize “particular steps that were insisted upon,” while neglecting other parts until they omitted and included the same things. [13]

Many believers cannot name the day or time they were saved, or clearly describe God’s work along the way, but they know they love Christ and trust Him alone for their salvation. Believers are covered in Christ’s perfect righteousness, the righteousness that satisfied the strict requirements of God’s justice, the merits of which are imputed to us at the point of saving faith. In the end, “We are often in Scripture expressly directed to try ourselves by the nature of the fruits of the Spirit; but nowhere by the Spirit’s method of producing them.” [14]

Next, we will see why much time, zeal, and praise in religious duties and worship do not give certain evidence of the Holy Spirit’s saving work in a heart.

Yes, I Want a PDF of “Uncertain Sign Eight: Joy and Comfort Following Conviction and Mourning for Sin”