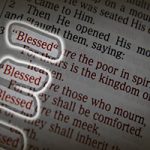 In the previous article we examined how religious affections perceived to be from an external or supernatural source could be from a satanic, natural, or divine source, and were thus considered by Edwards to be an “uncertain” sign of a work of God. But, what if such affections came with texts of Scripture brought to mind in the same “supernatural” way, moving the affections by the blessings promised in the texts? Would this additional evidence prove that the religious affections were a work of God?

Positively, that Scripture comes to mind in an extraordinary fashion when intense religious affections arise does not indicate that the affections are not the work of God. Little needs to be said on this point given that the Spirit of God uses the Word of God to accomplish His saving and sanctifying work within people. God uses His Word to change us.

At the same time, and even though God’s word is perfect, it can be abused and misapplied. For instance, Satan often uses Scripture to oppose God, as in his temptation of Christ in the wilderness. “And if Satan did presume, and was permitted to put Christ Himself in mind of texts of Scripture to tempt Him, what reason have we to determine that he dare not, or will not be permitted, to put wicked men in mind of texts of Scripture to tempt and deceive them?” [1]

Moreover, false teachers appeal to Scripture to deceive and mislead people. “There is no text so precious and sacred but they are permitted to abuse it, to the eternal ruin of multitudes of souls; and there are no weapons they make use of with which they do more execution.” [2] They distort the Scriptures “to their own destruction,” therefore, “be on your guard lest, being carried away by the error of unprincipled men, you fall from your own steadfastness” (2 Peter 3:16-17).

All people are capable of abusing Scripture for their own ends. How terrifying will be the day when the secrets of unbelieving hearts are revealed, when appeals to Scripture stand exposed as hypocrisy:

Not everyone who says to Me, ‘Lord, Lord,’ will enter the kingdom of heaven; but he who does the will of My Father who is in heaven. Many will say to Me on that day, ‘Lord, Lord, did we not prophesy in Your name, and in Your name cast out demons, and in Your name perform many miracles?’ And then I will declare to them, ‘I never knew you; depart from Me, you who practice lawlessness'” (Matthew 7:21-23).

Lastly, the Spirit of God often applies the Word of God to people without bringing them to salvation.

The stony ground hearers had great joy from the word; yea, which is represented as arising from the Word, as growth from a seed; and their affections had in their appearance a very great and exact resemblance with those represented by the growth on the good ground, the difference not appearing until it was discovered by the consequences in a time of trial: and yet there was no saving religion in these affections.” [3]

In fact, many unbelievers ignore the severe warnings of judgment for sin and unbelief and hold fast to Scripture’s great promises of blessing, even as they refuse to acknowledge their need of a Savior and refuse to place saving faith in Christ.

Nothing can so move the affections as a musing on the precious truths and promises of our Creator and Redeemer. Yet, nothing of Scripture’s perfect and precious nature prevents evil hearts from using it for evil ends. Thus, even if the great religious affections of hope, love, and joy come with texts of Scripture brought to the mind in a seemingly “supernatural” way, that, by itself, does not prove the experience to be saving or otherwise a work of God.

Next, we’ll examine why the appearance of love in religious affections does not necessarily indicate that their source is God. 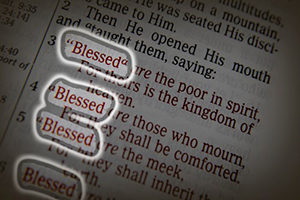 Yes, I Want a PDF of “Uncertain Sign Five: That Religious Affections Come with Texts of Scripture in the Mind”