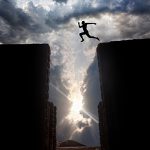 Many opponents of the Awakening viewed assurance of salvation as delusional, that believers can never be certain of God’s favor. [1] Others viewed a lack of assurance as sinful, often ignoring saving faith in Christ and new life as its necessary foundation. Edwards rejected both views, clarifying the nature of assurance and its relationship to faith, love, sin, and obedience to God. Assurance stands on God’s promises of salvation and eternal security in Christ, and on the evidence that we possess them, that our faith in Christ is genuine, and therefore the promises of condemnation no longer apply to us.

“God, in the plainest and most positive manner, revealed and testified his special favour to Noah, Abraham, Isaac, Jacob, Moses, Daniel, and others,” while David in the Psalms speaks clearly of confidence in God’s favor toward him. Job knew he would see his redeemer (Job 19:25). [2]

Christ and the Epistles teach assurance. “These things have I spoken unto you, that my joy might remain in you, and that your joy might be full” (John 15:11). “These things I have spoken unto you, that in Me ye might have peace. In the world ye shall have tribulation: but be of good cheer, I have overcome the world” (John 16:33). “For to me to live is Christ, and to die is gain” (Philippians 1:21). “I know whom I have believed, and am persuaded that he is able to keep that which I have committed unto him against that day” (2 Timothy 1:12). The New Testament writers were confident of their eternal destination in Christ. [3] Moreover, the New Covenant gives great assurance.

The promises are most full, and very often repeated, and various ways exhibited; and there are many witnesses and many seals; and God has confirmed His promises with an oath. God’s declared design in all this is, that the heirs of the promises might have an undoubting hope and full joy, in an assurance of their future glory. [4]

God wants us to feel secure. “God, willing more abundantly to shew unto the heirs of promise the immutability of his counsel, confirmed it by an oath: That by two immutable things, in which it was impossible for God to lie, we might have a strong consolation, who have fled for refuge to lay hold upon the hope set before us” (Hebrews 6:17-18).

“Now we have received, not the spirit of the world, but the Spirit which is of God; that we might know the things that are freely given to us of God” (1 Corinthians 2:12). “And hereby we do know that we know him, if we keep his commandments” (1 John 2:3). “We know that we have passed from death unto life, because we love the brethren” (1 John 3:14). Indeed, Christians lacking assurance is unbecoming: “Know ye not your own selves, how that Jesus Christ is in you, except you be reprobates?” (2 Corinthians 13:5). Thus, it is “very unreasonable to determine that persons are hypocrites, and their affections wrong” because they do not fear hell or doubt their salvation. [5]

At the same time, the self-righteous (like the Pharisees) often have great assurance—sometimes greater than that of many saints. [6] Why? Because they lack a “cautious spirit, that great sense of the vast importance of a sure foundation, and that dread of being deceived. The comforts of the true saints increase awakening and caution, and a lively sense how great a thing it is to appear before an infinitely holy, just, and omniscient Judge,” while the hypocrite knows little of his spiritual blindness and deceitful heart. “The hypocrite looks clean and bright in his own eyes,” while the saint recoils at his sinfulness, amazed that a holy God would save such a wretch. Moreover, “the devil does not assault the hope of the hypocrite as he does the hope of a true saint” because assurance and hope encourage faithfulness, things he opposes. [7]

Thomas Shepard described “legal” and “evangelical” hypocrites. The former trust their own righteousness, while the latter speak of grace and denounce trust in human works, but trust “impulses and supposed revelations,” with or without Scripture, calling them “the witness of the Spirit.” They “make a righteousness of their discoveries and of their humiliation, and exalt themselves to heaven with them.” Edwards viewed many such revelations as self-serving, “suiting their self-love and pride, as they’re being the dear children of God, distinguished from most of the world in his favor.” [8] And, while sin hurts true assurance, hypocrites “maintain their boldness in their hope, in the most corrupt frames and wicked ways; which is a sure evidence of their delusion.” [9]

Calls to “walk by faith and not by sight,” to “trust God in the dark,” or “trust Christ and not your experiences” do not endorse assurance of salvation apart from saving faith and its evidences. Rather, they speak of trusting the unseen and eternal objects of faith, not the visible and temporary, and “living by faith in the promise of future things, without yet seeing or enjoying the things promised, or knowing the way how they can be fulfilled.” [10] To trust God in the dark means trusting God’s promises and character when circumstances or emotions raise doubts.

That people should have assurance “while they yet remain without spiritual light or sight, is an anti-scriptural and absurd doctrine.” Faith without light is “presumption.” We cannot trust God beyond what we see and know of His character and works. [11] Indeed, “it is just as impossible for men to have a strong or lively trust in God when they have no lively exercises of grace…as it is for them to be in the lively exercises of grace without the exercises of grace.” [12] People confident of their salvation without new life and spiritual understanding of Christ should be exhorted to repent and believe, and told not that they are already saved. When evidence for God’s grace is absent, perhaps God’s grace is absent.

Some taught that doubting your salvation dishonors God, with or without evidence of God’s work in your heart. “Believe you are saved, regardless of the state of your soul,” they said. But, “Men do not know that they are godly by believing that they are godly,” or by a direct revelation from God that they are saved. Scripture affirms that people are saved by believing in Christ, but identifies no one by name as saved. [13]

We don’t know we are saved by believing we believe, or having faith that we have faith, but by knowing we have faith in Christ alone. The object of faith is God and Christ, not faith. “Scripture represents faith as that by which men are brought in a good estate; and therefore it cannot be the same thing as believing that they are already in a good estate.” [14] Imagine the absurd notion of telling people to believe they are saved in order to be saved.

God provides a safety mechanism that when the highest principle stirring obedience fades, fear of judgment increases to stem further decay. “Love is the spirit of adoption, or the childlike principle; if that slumbers, men fall under fear, which is the spirit of bondage.” But when love, or the spirit of sonship reigns, it banishes fear and delivers complete assurance: “There is no fear in love, but perfect love casts out fear” (1 John 4:18). [15] “These two opposite principles of lust and holy love bring hope and fear into the hearts of God’s children in proportion as they prevail.” [16] And since the Holy Spirit gives assurance (“the Spirit Himself bears witness with our spirit that we are children of God” Romans 8:16), the more we sin, the more we quench His work, and the more God makes us fear His judgment in our self-destructive behavior.

Nonetheless, true faith cannot be lost entirely, and sin cannot touch eternal security (God knows those who are His), but it can hurt or destroy assurance. And since assurance involves knowing our faith is true, the greater and more lingering our sin, the greater the evidence our faith is false, and the greater will be our fear of judgment. God’s design, then, restrains the sin of believers and the false assurance of unbelievers. And He, alone, knows perfectly who is who.

They therefore do directly thwart God’s wise and gracious constitution of things, who exhort others to be confident in their hope when in dead frames; under a notion of ‘living by faith, and not by sight, and trusting God in the dark, and living upon Christ, and not upon experiences;’ and warn them not to doubt of their good estate, lest they should be guilty of the dreadful sin of unbelief. [17]

To do so confirms unbelief and encourages sin. Therefore, “We desire that every one of you do shew the same diligence to the full assurance of hope unto the end: that ye be not slothful, but followers of them who through faith and patience inherit the promises” (Hebrews 6:11-12).

Next week we will examine the last of the twelve “uncertain” signs: moving testimonies. 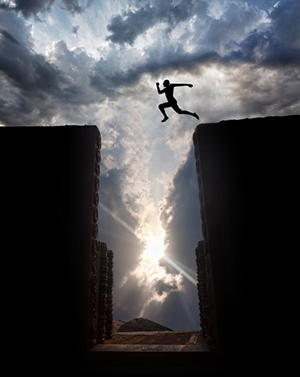 Yes, I Want a PDF of “Uncertain Sign Eleven: Great Assurance of Salvation”