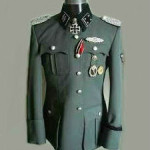 Shortly after her arrest and imprisonment for protecting Jews from the Nazi reign of terror, Corrie ten Boom met with Lieutenant Rahms, her pensive and troubled interrogator. He showed Corrie unusual kindness in his initial visits, though Corrie rightly suspected he was manipulating her to gain information about others involved in harboring Jews. Corrie spoke to the lieutenant about her ministry of preaching to the “feeble-minded” in what she called her “church for mentally retarded people” to which Lieutenant Rahms responded in typical Nazi fashion, “If you want converts, surely one normal person is worth all the half-wits in the world!” Nervous and contrite, Corrie ventured a reply, “The truth, Sir…is that God’s viewpoint is sometimes different from ours—so different that we could not even guess at it unless He had given us a Book which tells us such things.” Corrie “knew it was madness to talk this way to a Nazi officer,” but she continued. “In the Bible I learn that God values us not for our strength or our brains but simply because He has made us. Who knows, in His eyes a half-wit may be worth more than a watchmaker. Or—a lieutenant.”[1]

In a later encounter, Corrie spoke to the lieutenant about the message of God’s Book. “It says…that a Light has come into this world, so that we need no longer walk in the dark. Is there darkness in your life, Lieutenant?” After a long silence, and in a surprising moment of candor, the officer admitted, “There is great darkness….I cannot bear the work I do here.”[2]

I do not know the fate of Lieutenant Rahms. We can hope that his earthly darkness drove him to flee from eternal darkness and embrace the Light of the World. Maybe we will see him in heaven. Or, sadly, like Pontius Pilate, maybe he traded justice and reverence for God for his short-term power and livelihood and became an eternal tragedy.

Many participants in the Nazi reign of terror likely struggled with the evils with which Lieutenant Rahms struggled. Many made eye contact with the precious people who were dehumanized as apes by a worldview that saw Aryans as the apex of evolutionary progress. Most could not distinguish Jewish children from their own. Many saw the disproportionate accomplishments of Jews in society, contrary to the assertions of the propagandists. Yet they participated in the murder.

What lives might have been spared the terror of the racist Aryanism if people were rightly treated as endowed with dignity, as created in the image of God. What concentration camps would never have been built and what trains would never have carried their priceless cargo if people acknowledged dependence on God for purpose, meaning, and a moral compass. What horrors might have been prevented if Nietzsche had bowed the knee to the “God of the weak” and had never penned his deadly philosophy. The Nazi god, the Aryan pinnacle of human evolution, was no god, with no ultimate standard of right and wrong, no ultimate accountability, and no ultimate consequences for evil behavior. As William Penn once said, “If we are not governed by God, then we will be ruled by tyrants.”[3]

Many were partners in the evils of the Holocaust, so beware—if you reject and ignore God’s moral compass, someone else will provide one for you…. And the prevailing winds will drive us where we never dreamed we would go. 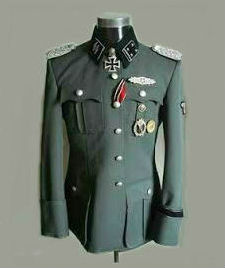