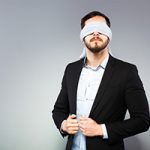 Have you ever been asked by an evolutionist to prove your belief in Creationism? Have you ever been frustrated by the challenge? In a recent response to one of our videos someone confidently proclaimed that Creationism is refuted by two simple words: “prove it.” Done, slam dunk, end of argument.

Should we tremble? Do we lack evidence for what Scripture clearly teaches? In a few brief paragraphs we will see that the claim not only lacks merit, it represents an unreasonable denial of the obvious.

To illustrate, imagine brothers Tom and Tim admiring classic artwork in a well-known museum. Upon viewing a famous painting by Claude Monet, Tom compliments the genius of the painter. Tim, however, will have none of that and retorts with great temerity, “prove it!” Surprised by Tim’s odd and unexpected response, Tom ponders how he might prove the existence of an artist behind a great piece of art. After a few minutes he replies that no greater evidence of the existence and genius of the artist can be produced than the artwork itself. Further, he adds, the obvious existence of the artist behind the art is known immediately and intuitively by the mere sight of the painting. To deny the artist would be akin to denying a baker while viewing shelves of bread and cupcakes, or denying a builder behind the home in which we live. He concludes that denying the artist behind a Rembrandt, Renoir, or Monet is nonsensical and contrary to how all reasonable people view the world.

The same can be said of all denials of God’s existence, only infinitely more so. The universe we inhabit clearly displays the genius, power, wisdom, and goodness of God as the maker of everything, both in and outside of us. We are drowning in evidence. And like asking for proof of air while grasping a tree for dear life in the midst of a hurricane, so all denials of God willfully reject the obvious nature of His works. As Scripture tells us:

The wrath of God is revealed from heaven against all ungodliness and unrighteousness of men, who suppress the truth in unrighteousness, because that which is known about God is evident within them; for God made it evident to them. For since the creation of the world His invisible attributes, His eternal power and divine nature, have been clearly seen, being understood through what has been made, so that they are without excuse. For even though they knew God, they did not honor Him as God, or give thanks; but they became futile in their speculations, and their foolish heart was darkened. (Romans 1:18-21)

Thus, we can always point to a bird, a flower, the birth of a baby, to everything from sub-atomic particles to distant galaxies as evidence of God’s power and genius. Moreover, time and chance explain nothing. And since the unbeliever will never accept this reality apart from a divinely changed heart, we need not fret over a supposed lack of proof. Until unbelievers bow before God’s authority and excellence, they will never acknowledge Him behind His works. And until they give God the worship and honor He disserves, we will be subject to the silly demand: “prove it.”

© 2019 Craig Biehl, author of God the Reason, The Box, The Infinite Merit of Christ, and Reading Religious Affections 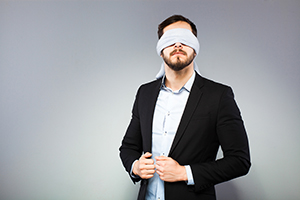 Yes, I Want a PDF of “Hey Creationist, Prove It!”