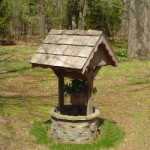 Atheists claim the high ground of reason and science while viewing Christian faith as blind and wishful thinking. But could the opposite be true? Could atheism be unreasonable wishful thinking, while Christianity is both reasonable and consistent with what we know of the universe?

We begin by asking the question, what would an atheist need to know in order to know that God does not exist? Answer? Everything about everything in the universe and beyond. Infinite knowledge. In other words, the atheist would need to be God to deny His existence. Of course, people write books, teach at universities, and accomplish many marvelous things, but none are equipped to describe reality beyond our three or four dimensions or to know what inhabits the other side of the universe. Christians and atheists alike forget where they put their wallet, purse, or car keys, and can’t know the contents of their neighbor’s garage without having a look. How, then, can such limited people know that God does not exist, or what an infinite God can be or do? Apart from God’s revelation, our limitations render such claims meaningless.

Next, Atheists point to apparent contradictions in Scripture to deny the God of Scripture. But God infinitely exceeds our limited understanding. In fact, we could never know Him if He did not condescend to make Himself known. Our limitations before an infinite God make mystery reasonable and necessary. To say the God of Scripture cannot exist because I cannot understand or logically reconcile something in my mind presumes my limited understanding to be the ultimate standard of what God can or cannot be or do. Finite and fallen people are ill-equipped for such a lofty role. Scripture describes God as infinite Spirit and higher than the universe He created, whom no man has seen or can see (John 1:18; 1 Timothy 6:16). Arguments against God’s existence based on our limited experience and understanding are futile in the face of a God who transcends reality as we know it. He is not limited by what He created.

Why do they do this? They “suppress the truth in unrighteousness” (Romans 1:18) because they do not like the implications of God as their maker. If God created and sustains them, apart from whom they have and could do nothing, then they owe God all love, honor, and obedience. They deny the obvious because they do not like where the evidence leads them. They refuse to deny their presumed independence and authority and reject the reality of their dependence on God for all things. As they love darkness and hate the light, they view God as a direct challenge to their love of sin and self-rule (John 3:19-20).

So, unlike the Christian realist, the atheist suffers from wishful thinking. He imagines no heaven or hell, no ultimate judgment, and no God to whom he must humbly bow the knee. He devises what he could never know or determine. Yet, someday he will be confronted with reality as God has determined it to be, regardless of what he imagined it to be. The presumed omniscience of the atheist will be exposed as a denial of the obvious, from contempt for the One who gave him all good things, to whom he owes all things. It’s no wonder, then, that Scripture tells us: “The fool has said in his heart, ‘There is no God.’” (Psalm 14:1 NAS). 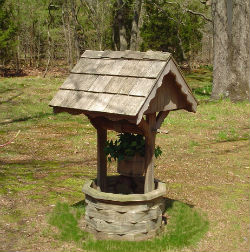 Yes, I Want a PDF of “The Wishful Atheist”