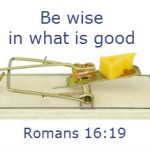 Compassion is a beautiful word with great biblical connotations, a word that should characterize every believer in Jesus Christ. Indeed, it characterized Christ’s earthly ministry. As such, however, it has great potential for abuse and manipulation. One need only look to the “compassion” that destroyed urban families, created a perpetual underclass and voting bloc, demoralized and created dependency on taxpayer money, and treated people as if they are less intelligent and less capable than others. Some compassion is merely lip service to further a political agenda for power and control, and only has life because well-meaning but naïve people support such policies under the power of the word “compassion.”

So, when you hear the clarion call for compassion from those who oppose Christ, His church, His Word (Scripture) and the principles and values it teaches, be wise and beware, lest you find yourself supporting something contrary to the principles and purposes of God.

In recent weeks several Christian writers have expressed agreement with the president’s plan to settle thousands of Muslim “refugees” in the United States, an action consistent with policies of the last 7 years granting unprecedented numbers of Muslims entrance into the U.S. under various programs.

But, for all the appeal to “compassion,” has such compassion been similarly extended toward Christians and Yazidis suffering enslavement, rape, crucifixion and all manner of cruel and murderous punishments? Amidst the incoherent policies of the U.S. at work in the Middle East, one thing is apparent: the interest of indigenous Christians and non-Muslims is not a priority. Indeed, they are being exterminated, while only a trickle (less than 1%) are being resettled in the U.S. They were not a priority in Egypt when our administration supported the Muslim brotherhood, and were not a priority in Benghazi when our own people were left to be murdered. The actions of the present administration have not been favorable to Christians and biblical principles internationally or at home. Indeed, our freedoms as Christians to live our convictions and speak forth the truth are under attack from many sides. The implementation of the present call for “compassion” will only hasten the attacks and our loss of freedoms.

Perhaps we should also regard the call to preach and teach the Gospel, love and protect our neighbor, and extend compassion to those being enslaved and butchered, a compassion that extends into eternity. Consider a few thoughts.

First, the U.S. has historically been a launching pad for the Gospel around the world. Christians have the freedom and context to raise money and send missionaries to extend temporal and eternal compassion to multitudes in the name of Christ. Our nation has been the most compassionate in this regard. Increasingly, however, that ability is being lost. Indeed, we are approaching the point where Christians could be prosecuted for “hate speech” for preaching the truth and opposing false religion (it has already begun). What happens to our ability to love our neighbor across the seas when the Gospel becomes a crime at home? How many will suffer the negative effects, both here and abroad? What happens when we can no longer elect those who oppose the encroachment on our freedom to live according to our convictions and bring the life-saving message of Christ and the Gospel? Do we not see the policies of open borders and Muslim immigration as related to increasing a certain voting base, a base that typically votes for a party and politicians whose policies are increasingly opposed to our freedoms as Christians?

Second, does it love our neighbor to put them at greater risk to be the victim of terror? We may tweet “Je suis Charlie” in support of free speech, but it has been lost in many countries, is being lost throughout Europe, and people are being murdered to stifle it. Do we love our neighbor by facilitating the same scenario in our country? Are we not called to protect our family and neighbor?

Third, showing compassion to a wounded enemy soldier on the battlefield in a war is a far cry from inviting the opposing army into your city. We are to love and seek the salvation of our non-Christian friends and neighbors, but we are not to destroy our ability to do so in the process.

Fourth, many of the lawless policies being promoted by the current administration will lead to great damage to us and our neighbor, both temporally and eternally. Do we really want to find ourselves on the side of those destroying our country and therefore our neighbor under the guise of “compassion?” Are we really that naïve? Additionally, people saying constitutional protections of Americans extend to non-Americans desiring to enter the country are uninformed or lying. Immigration into the U.S. has been stopped many times, sometimes for decades, and because of beliefs inconsistent with core American principles (to wit, Nazis were not allowed into the U.S. for years because of their beliefs). Entrance into the U.S. is a privilege, not a right, and one that should only be extended to those in whole-hearted agreement with freedom of speech, the American way of life, and constitutional rule.

Fifth, Christian missionaries have been ministering to non-Christians for centuries in closed and open countries. There are alternative ways to extend compassion to refugees in the Middle East, without aiding those seeking to destroy our freedoms and our country, including policies that don’t create refugees in the first place. Perhaps the surrounding Muslim nations could step up to the plate?

Much more could be said about the incompatibility of Sharia law and a constitutional republic, the history and teachings of Islam, etc. But part of our call for compassion includes the call to expose and resist the sirens’ song that seeks to destroy us, our family, and our neighbor. Jesus said we will know people by their fruits, and we have plenty of fruit to question what opponents of Christianity are currently promoting. “Behold, I send you forth as sheep in the midst of wolves: be ye therefore wise as serpents, and harmless as doves” (Mt. 10:16). We live in perilous times and need to love Christ with a healthy dose of godly wisdom that we might continue serving Christ for His glory and the eternal benefit of our neighbor. May God give us the grace to wisely navigate treacherous waters without falling prey to the abuse and manipulation of “compassion.”

© 2015 Craig Biehl, author of God the Reason, The Box, The Infinite Merit of Christ, and Reading Religious Affections 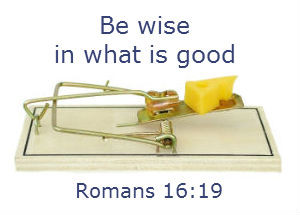 Yes, I Want a PDF of “The Call for Compassion: Be Wise and Beware”