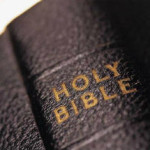 God is infinite. And people? Well, not so much. In fact, God is so great that we could never know Him if He did not stoop down to reveal Himself to us. “’For My thoughts are not your thoughts, neither are your ways My ways,’ declares the LORD. For as the heavens are higher than the earth, so are My ways higher than your ways, and My thoughts than your thoughts’” (Isaiah 55:8-9 NAS). One of the most basic and important truths for right thinking and living is our human limitations before an infinite God. We do well to be still and know that we are not God. As created and limited, we depend on God for all things, including knowledge of Himself and His world.

And given that God is infinitely beyond all things and we depend on Him for all knowledge, one person’s speculation about God and the ultimate nature and meaning of His world is no better than another’s. Apart from God’s revelation, all speculation about God amounts to mere guesswork. Yet, because God is infinitely beyond us and we lack the ability to know anything about Him beyond what He has chosen to reveal to us, we can be thankful He has revealed Himself to us in creation and Scripture. We need not wonder (and wander) in the dark or be shaken by the unjustified speculation of unbelievers.

As created by God in His image, we pursue science to understand and use His works for His glory and the benefit of His creatures. Yet we should do so with the proper understanding of our humble status before the infinite Source and Sustainer of all things. We need wisdom to search out what God has created us to know, and humble reverence to accept our limitations.

It is not right for man unrestrainedly to search out things that the Lord has willed to be hid in Himself, and to unfold from eternity itself the sublimest wisdom, which he would have us revere but not understand that through this also he should fill us with wonder. He has set forth by His Word the secrets of his will that he has decided to reveal to us. These He decided to reveal in so far as he foresaw that they would concern us and benefit us.[1]

Indeed, “The secret things belong to the LORD our God, but the things revealed belong to us and to our sons forever, that we may observe all the words of this law” (Deuteronomy 29:29 NAS). Because God exists and orders all things, unbelievers know many things about God’s world, make great scientific discoveries, and build a great many things for the blessing and comfort of humanity. Yet, speculation about God and ultimate issues beyond or contrary to God’s explanation produces the false opinions of our limited and fallen perspective, even while elevating our opinion over God’s revelation and authority. God has so revealed Himself that we might experience the greatest blessings in relationship to Him in Christ. Thus, may “grace and peace be multiplied to you in the knowledge of God and of Jesus our Lord; seeing that His divine power has granted to us everything pertaining to life and godliness, through the true knowledge of Him who called us by His own glory and excellence” (2 Peter 1:2-3 NAS). The secret things we’ll leave to Him. 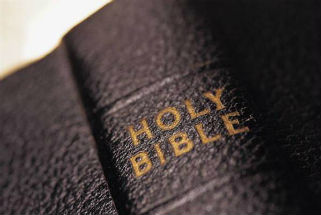 Yes, I Want a PDF of “Speculation about God Apart from His Revelation Is Worthless”