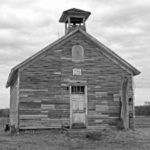 Having stolen the blessing of Esau by deceiving his father Isaac, Jacob quickly left his home and family to avoid the retribution of his brother. On his way to Haran, he had a dream in which God reaffirmed to him the promises made to Abraham, including a land, descendants as numerous as the dust of the earth, and blessing to “all the families of the earth” through him and his descendants.

Fearful but excited by his encounter with God, he set up and anointed a stone pillar and made a vow to God, saying, “If God will be with me and will keep me on this journey that I take, and will give me food to eat and garments to wear, and I return to my father’s house in safety, then the LORD will be my God. And this stone, which I have set up as a pillar, will be God’s house; and of all that Thou dost give me I will surely give a tenth to Thee” (Genesis 28:20-22 NAS). Jacob was young and clever, and had managed to appropriate both Esau’s birthright and blessing. And judging by the content of his vow to God, he was not yet ready to be the father of the twelve tribes of Israel. His attempt to strike a deal with God reflected a heart in need of a proper perspective and attitude before his Creator, to whom he owed all things, and apart from whom he would have nothing.

Jacob’s schooling began in earnest as he fled from Esau, and the lessons would be difficult and long. He met his match in his first teacher, Laban, the father of Rachel and Leah. Upon completing his seven years of work for the privilege of marrying Rachel, Laban deceived Jacob and gave him the less attractive Leah under the cover of darkness. Rachel would still become his wife, but at the cost of another seven years of service to Laban. Nonetheless, God was with Jacob on account of His promises, and Jacob eventually left the service of Laban with a large family and great riches.

Twenty year after his flight from home, Jacob’s attitude toward God appears to have matured. Fearful and “greatly distressed” at the news that Esau was about to meet him with 400 men, an omen of the retribution he once escaped coming upon him at last, Jacob no longer sought to make a deal with God. His prayer to God for deliverance from Esau included these words,

O God of my father Abraham and God of my father Isaac, O LORD, who didst say to me, ‘Return to your country and to your relatives, and I will prosper you,’ I am unworthy of all the lovingkindness and of all the faithfulness which Thou hast shown to Thy servant; for with my staff only I crossed this Jordan, and now I have become two companies. Deliver me, I pray, from the hand of my brother, from the hand of Esau (Genesis 32:9-11 NAS).

Appealing to God’s lovingkindness, faithfulness, and promises, he confessed that he was unworthy of God’s blessings. Gone was the “you’ll be my God if you bless and protect me” attitude of His earlier prayer and vow. Time and trouble, in addition to recalling the gracious promises of God, produced a greater maturity and humility in Jacob in his approach to his Creator.

Nonetheless, Jacob’s schooling continued. He would again fear for his life after the murderous response of his sons to Shechem’s rape of his daughter, Dinah, and he would feel deeply the terrible pain of his sons’ deceitful report of Joseph’s death. In many respects, Jacob reaped what he had sown. Yet, through it all, God remained faithful to his promises and upheld and blessed Jacob. In the end, He brought Jacob and his family to Egypt for the happy reunion with his son Joseph, preserving the lineage and nation through whom God would display His glory, and through whom all of the nations of the world would be blessed through the Messiah.

The life of Jacob teaches us many things about the providence and faithfulness of God, including how He executes His perfect plans through less-than-perfect people. And while we may know little of the specific ways our present troubles will bring greater usefulness and the accomplishment of God’s purpose for us and others, we know that He works all things for our good and His glory. We grow in grace and wisdom when we forsake our bargains with God and come to Him as unworthy of His blessings, even as we boldly approach His throne of grace as redeemed, cleansed, and adopted into His family by the saving work of Christ. Our graduation day is coming, but not without a great many lessons. May we grow in faithfulness and fruitfulness, by His grace, until the arrival of that marvelous day. 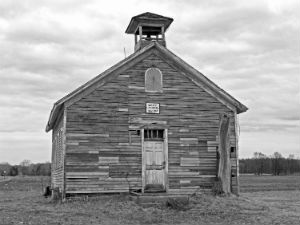 Yes, I Want a PDF of “Jacob Goes to School”