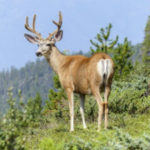 The essential nature of every sin can be found in the first sin in the garden, including the exaltation of our own personal preference and authority over God’s will and authority, and the impugning of God for the results of our own choices. In Adam’s response we see a template for fallen people to absolve themselves of responsibility for the problems of the world and a justification for unbelief. When we pass the buck, it doesn’t always stop with our spouse, neighbor, co-worker, or every tyrant in the history of mankind; it usually finds its way to God.

Understanding this most fundamental aspect of our fallen nature is critical for a proper understanding of our own heart. Moreover, it gives us great insight into the nature of unbelief and many of the arguments used by unbelievers that impugn the nature of God in order to justify rejecting His authority and existence. Indeed, “there is nothing new under the sun.”

Proverbs puts it this way, “The foolishness of man subverts his way, and his heart rages against the LORD” (19:3 NAS). One of the many contradictions of unbelief involves the affirmation of freedom to pursue personal desires, even while blaming God for the trouble it brings. The well-known use of the “problem of evil” argument is a case in point. Somehow, as the claim goes, it is impossible for a God of infinite power and perfect holiness to exist in a universe that includes the consequences of the free choices of created beings (i.e., Lucifer, Adam, and Eve). So, in the convenient but confusing world of rebels passing the buck, God either gets the blame or is defined out of existence because of the troubles we have produced. The former mimics Adam blaming God for giving him Eve, while the latter imitates the attempt of both Adam and Eve to hide from God and escape accountability and judgment for their sin. Neither was successful in the Garden, and neither will be successful for anyone attempting to escape the consequences of their sin before God apart from Christ.

The existence of evil in a world created by a perfect God is not without its mysteries. But, as created, finite, and dependent upon God for all things, including knowledge of Him and his universe, we will always be confronted with great mysteries before an infinite God. He has told us all we need to know, but He had not told us everything. After all, if we knew everything and could solve every mystery we would be God. At the same time, God has clearly revealed to us that He hates moral evil and can never be its cause, that he tempts no one to sin, and that we are fully responsible and blameworthy for our own evil actions. Behind every denial of the God of Scripture lurk not only a desire for independence from God and an exalting of personal preference over the authority and will of God, but also a denial of responsibility for our sin and our desert of God’s judgment for it.

As believers, we need not pass the buck or attempt to hide from the all-knowing eyes of God. Not only is it an exercise in futility, the penalty for our sin has been paid in full and we are blessed when we acknowledge our sin before God (1 John 1:9). Indeed, the all-knowing and righteous Judge of the earth has become our advocate, “Who will bring a charge against God’s elect? God is the one who justifies; who is the one who condemns? Christ Jesus is He who died, yes, rather who was raised, who is at the right hand of God, who also intercedes for us” (Romans 8:33-34 NAS). When we come to Christ in saving faith, our repentance involves an admission of our sin before God. And as redeemed in Christ, we grow in grace and experience the comfort of God as we acknowledge our sin and bask in the love and forgiveness that is ours in Christ, a comfort we deny ourselves when we pass the buck. 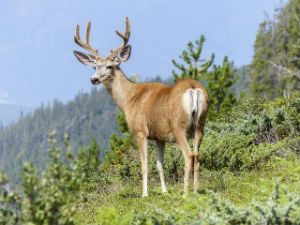 Yes, I Want a PDF of “Passing the Buck”