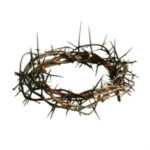 No one likes to be called an idiot, and certainly no one wants to be hated. And Scripture tells us, “A good name is to be chosen rather than great riches, and favor is better than silver or gold” (Proverbs 22:1 ESV). But, the value of a good reputation also depends on who holds the favorable opinion. The praise of some folks we can do without. In fact, we are known as much by the kinds of people who oppose us as by the company we keep and the people who hold us in high regard. Whose favor, then, do we seek in a world hostile to God?

Consider the reproach endured by Christ in His earthly ministry and ask: for what crime did the Creator of the universe earn such disgrace? Was it His perfect character when He healed the sick and raised the dead, gave eyes to the blind, legs to the lame, and food for the hungry? Was it His life-giving truth that others might share in His eternal happiness? The crowds admired His words and power as they chased Him about the countryside to see His miracles. But, when they saw their would-be savior from the bondage of Rome bleeding under the power of Rome, they shouted for His death. With the exception of His crucifixion, never did a more horrible scene of reproach and humiliation appear on the stage of history. “He came to his own, and his own people did not receive him” (John 1:11).

Yet, from the overflow of His infinite love, He willingly embraced shame and death for the eternal benefit of His enemies. And even as the disgraceful affair exposed the depth of human corruption, it could only highlight the infinite excellence of Christ. The beauty of His love and holiness glowed white in the fiery furnace of His reproach and death. The world’s rejection of Christ and Scripture dims none of their glory, as the scorn of holy perfection points to wickedness in the observer, not defects in God or His revelation. God’s world and Word bear the clear marks of the power and excellence of their Creator and Author. To view the Gospel as foolish, to interpret Scripture according to naturalistic assumptions of unbelief, or to fail to love God for His infinite goodness reflect a fallen heart, not defects in God’s truth. “Let God be true though everyone were a liar” (Romans 3:4).

Thus, when we face the hostility of an increasingly evil world, we should never seek the favor of God’s enemies by altering or ignoring the more offensive aspects of His truth. Of course, we need to be careful how and when we speak, for “the wise of heart is called discerning, and sweetness of speech increases persuasiveness” (Proverbs 16:21 ESV). And, as saved by the infinite grace of God, love and humility should always adorn truth and our interaction with people in need of Christ. Yet, we have been called to deliver the King’s letter, not rewrite it to avoid the sneers of those who reject its contents. We dishonor God and hurt those in need of Christ by diluting its life-giving medicine, or adapting it to unbelieving assumptions about God and the world. And when our method and message become acceptable or favorable to those who oppose the glory of Christ and the Gospel, it may be that the light we shine is obscured or tainted by darkness. “The fear of man brings a snare, but he who trusts in the LORD will be exalted” (Proverbs 29:25 NAS).

We have been adopted and united to the One who bore our shame and punishment to gain our eternal happiness. Therefore, “if anyone suffers as a Christian, let him not feel ashamed, but in that name let him glorify God” (1 Peter 4:16 NAS). “But even if you should suffer for the sake of righteousness, you are blessed. And do not fear their intimidation, and do not be troubled” (1 Peter 3:14 NAS). As we exalt our Savior and Forerunner in the growing darkness, God will encourage our hearts as the glory of Christ shines in and through us. “If you are reviled for the name of Christ, you are blessed, because the Spirit of glory and of God rests upon you” (1 Peter 4:14 NAS). So, when we are tempted to make Scripture and its historical accounts acceptable to an unbelieving culture to avoid their rejection and disdain, we should consider whose favor we seek: “The world is passing away along with its desires, but whoever does the will of God abides forever” (1 John 2:17 ESV). Indeed, “Blessed are you when men hate you, and ostracize you, and cast insults at you, and spurn your name as evil, for the sake of the Son of Man. Be glad in that day, and leap for joy, for behold, your reward is great in heaven; for in the same way their fathers used to treat the prophets” (Luke 6:22-23 NAS). May God gives us grace to bear His reproach, to the praise of His excellence and the good of those in need of forgiveness and eternal life in Christ. 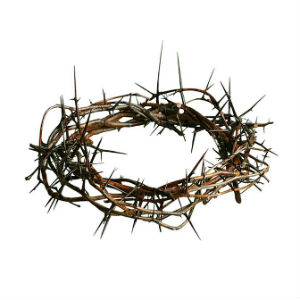 Yes, I Want a PDF of “The Glory of Reproach”