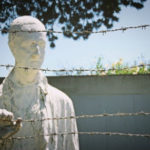 Written in 1887, the words of Lord Acton ring proverbial by the witness of history and experience. On a grand scale, great power does seem to create great tyrants. Even religious authorities and institutions tend to act worse as they amass greater power. On a more mundane level, compare the treatment you receive from someone who must compete for your business versus that from a monopoly or government agency where you have no choice or recourse. We could multiply examples ad infinitum. So why, then, does power have such a negative effect on people?

To answer this important question, we need first to briefly examine “original sin,” our innate tendency to evil that began with our legal participation in the sin of Adam as he stood and fell in our place. Some reject the doctrine or struggle with how we can justly be punished for something we did not physically do. Yet, we all affirm Adam’s fall every time we sin, and Scripture teaches we are born with a sinful bent: “Behold, I was brought forth in iniquity, and in sin my mother conceived me,” cries the Psalmist (Psalm 51:5 NAS). Moreover, “all sinned” in Adam; and by his one sin we all “died,” were judged and condemned, and were “made sinners” (Rom. 5:12,15,16,19). Indeed, “There is none righteous, not even one” (Rom. 3:10 NAS). Thus, we are born into the world with the need to be “born again” (John 3:3-8).

Additionally, our universal tendency to sin as soon as we are able points to a universal heart defect.[2] Yet, when theologians point to the sinfulness of mankind as evidence for original sin, opponents cry foul. For instance, a contemporary of Jonathan Edwards and opponent of the doctrine, wrote, “We must not take the measure of our health and enjoyments from a lazar-house [hospital], nor of our understanding from Bedlam [insane asylum], nor of our morals from a gaol [jail].”[3] In other words, don’t ignore the good and point to a small group of bad apples to represent the whole of humanity. Edwards admitted that people often behave quite well, but added that the fallen heart is best understood when we consider the many hindrances to its sinful display, including negative consequences for bad behavior, rewards for right behavior, and the grace of God that restrains sin and produces good in people. Remove these things and you will have a more accurate picture of the heart.

To illustrate, pick a city, maybe New York, Philadelphia, or Los Angeles. Then, turn out the lights, abolish all laws, penalties, courts, and jails, and send away the police. Moreover, remove every constraint, every negative consequence for bad behavior, every reward for good behavior, including the positive influence of the Spirit of God for good, and you will have evidence aplenty for original sin and the fallen nature of humanity.

Now, consider the question, does power corrupt? If we mean by this that power makes people more prone to arrogance, ill treatment of others, despotism, and tyranny, most would likely agree that it does. “The poor man utters supplications, but the rich man answers roughly” (Prov. 18:23 NAS). But, if by the question we mean, does power corrupt a good heart, the answer is no. More power to a good heart produces more good works, while more power to an evil heart produces more evil works. God has infinite power and He always uses it for good, while Satan has great (but limited) power and always uses it for evil.

What, then, accounts for power increasing evil behavior in people? For one, more power to a fallen nature provides greater opportunity for its expression by removing restraints and negative consequences. In this sense, power corrupts. For example, consider why we make harsh comments on the internet that we would never say to someone’s face, or why we act better standing in line with others than when driving unrecognized on a busy highway—anonymity eliminates accountability, embarrassment, and a great deal of negative fallout for poor behavior. This also explains why the loss of shame is so destructive to a culture; it removes a critical deterrent to bad conduct as people care less about how they act.

Briefly consider why Hitler and the National Socialists (“Nazis”), as well as Stalin, Mao, and Pol Pot did such horrific things. Unless someone had a bigger and better military and was willing to use it to punish their behavior, they did whatever their wicked hearts desired because they perceived little to no negative consequences. They assumed they could get away with it—even before God, whose existence they conveniently denied. Without delving into the many ways wickedness justifies itself before the judgments of our God-given conscience, every evil act in history, when restraints to bad behavior are reduced or removed, vindicates Scripture’s description of the fallen heart.

And if you need more evidence, imagine the outcome of giving children whatever they want, whenever they want it, without discipline and instruction about right and wrong. You will soon have a headache and a great deal more evidence for original sin.

Power “corrupts” because we are born corrupt, and because power gives the opportunity and impetus to act without fear of negative consequences. Power merely allows a pre-existing condition to appear in a more obvious, forceful, and destructive way. This explains why God withdrawing His grace to allow people to do whatever they please comprises one of the most terrifying judgments in Scripture. Left to our own devices, we will sink to lows we never dreamed possible. May God preserve us from such a fate as we run to Christ and abide in Him. And should He bless us with greater responsibility and service, may He grant us humility and grace to resist the temptation to petty arrogance, for “God is opposed to the proud, but gives grace to the humble” (James 4:6 NAS). “Power belongs to God” (Psalm 62:11 NAS), but it is “perfected in weakness….for when I am weak, then I am strong” (2 Cor. 12:9,10). 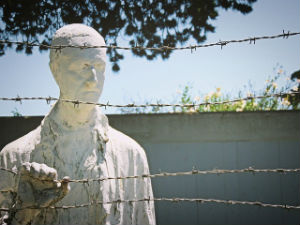 Yes, I Want a PDF of “Why Does Power Corrupt?”