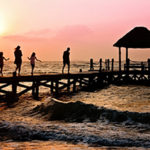 Along with the denial of God’s existence goes the denial of the reality of the miracles and extraordinary events in Scripture. Such “stories” are little better than fairy tales to many. But how are we to view these accounts? Can the modern Christian reasonably hold these events to be historical in the face of harsh criticism and intellectual disdain? Let’s see by returning to the friendly discussion between Mr. A and Mr. C.

Mr. A:   Hello, Mr. C. I have been doing some reading; could I ask you some questions?
Mr. C:   Please do, Mr. A. I am interested in your discoveries.

Mr. A:   Do you believe that Jonah was actually in a fish for three days and spit up onto a beach in good health?
Mr. C:   Yes, of course.

Mr. A:   My dear Mr. C, surely you jest. Might I also propose that reindeer fly? I can hardly, I can’t, I’m…
Mr. C:   Do you need to sit down, Mr. A? Not only do I believe it, every miracle in the Bible is reasonable and logical.

Mr. A:   What? I can understand that, contrary to reason, you must believe miracles by faith—but how can you possibly say they are ‘reasonable and logical’? [With a lowering of his voice and raising of an eyebrow]: You don’t reeeally take the Bible literally, do you, Mr. C?
Mr. C:   You sound like my daughter’s college professor. Miracles should not be accepted by faith that contradicts reason or evidence. True faith is reasonable, it depends on your starting point. God created all things, including all laws of ‘nature,’ and cannot be subject to their limitations. A God of infinite power and control over the universe could put Jonah in a fish for three hundred years, if He so desired.

Mr. A:   So, do you believe the story of Noah and the Ark, that he saved humanity and the animals? How did Noah feed everyone and clean up the consequences of so many animals? Did he have additional arks to carry enough food to feed such a zoo? This is so beyond the pale that I cannot believe I am discussing it.
Mr. C:   You forgot how he managed to gather two of every kind of animal and have them freely and in good order enter into the ark to take their place in their respective stalls. The event involves more difficulties than you have stated, Mr. A.

Mr. A:   And you still believe it is reasonable and logical to believe it?
Mr. C:   Yes.

Mr. A:   Are you serious? Do you really, I mean, how can you, I… I…
Mr. C:   I really wish you would sit down, Mr. A. I know CPR but might think twice about the mouth-to-mouth part. Of course, you would no longer be an atheist.

Mr. A:   Too funny, Mr. C., do explain your point.
Mr. C:   Alright. Just as with Jonah, a God of infinite power who created and upholds everything can do anything. The ark is child’s play. We create problems when we try to explain it according to ‘natural’ principles, according to our own limitations, without God. Noah built the ark, but it took God’s infinite power to fill it, maintain it, and repopulate the earth. The God who spoke and made the universe from nothing can easily work with Noah to gather and preserve the animals.

Mr. A:   Do you also believe that Christ was born of a virgin?
Mr. C:   Absolutely. Scripture clearly teaches that God the Son took on Himself a human soul and flesh to act as our substitute, to pay the penalty for our sin in our place. Again, as God created and upholds all things, including procreation; He is not subject to their limitations. As with all miracles, God remains above the physical laws He created and upholds. Nothing is impossible with God.

Mr. A:   But God does not exist, Mr. C, so biblical miracles are impossible.
Mr. C:   Then we are back to square one of our first talk. In order for you to prove that miracles are impossible you must first prove that God does not exist. But, that requires you to know everything about every aspect of the universe and beyond. The same omniscience required for you to deny God’s existence is required to deny biblical miracles.

Mr. A:   Okay, then why do some who call themselves Christians say the stories of Jonah, Noah and the ark, or the flood are not historical facts, but stories used to make a theological point?
Mr. C:   Good question. If God, as revealed in Scripture, formed their starting point in interpreting Scripture, they would not resort to such things. Perhaps they need to learn some proper theology and apologetics, Mr. A.

Mr. A:   Well, I must say they are not helpful to your cause, for they do seem to confirm my views. You would think if they believed God to be the source of all things and infinitely powerful and in control of the universe, as you believe, they would know they are in no position to question what God can or cannot do, and would have no problem with Jonah in a fish, Noah and the ark, or any other biblical miracle as history.
Mr. C:   I confess, Mr. A, you are quite correct.

Mr. A:   Anyway, I am thankful for them, for they do encourage my unbelief.
Mr. C:   Perhaps you could speak with them and convince them to be more consistent with the theology they claim to embrace.

The denial of the biblical miracles as history rests on the same unreasonable blind-faith assumptions as the denial of God’s existence. Until atheists can prove that God does not exist, they cannot prove that Jonah could not have been in a fish for three days, or that lions and tigers and bears (oh my!) could not accompany Noah on the ark to repopulate the earth. God can speak and make a universe from nothing, what’s the problem with Jonah in a fish?

In Part Five we will examine how appeals to “the problem of evil” to deny the existence of God presume limited human understanding to be the final authority or standard of truth, the first sin ever committed and the heart of every sin since. 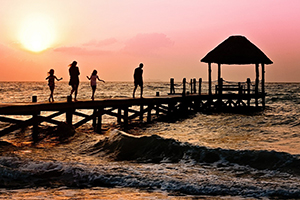 Yes, I Want a PDF of “Presuppositions of Faith (4 of 6): Are Miracles Reasonable?”