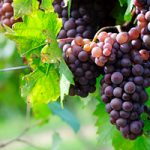 We come to the third section of Edwards’ treatment of Christian practice as evidence of true religious affections, of a true and saving work of the Holy Spirit in a believer. Not only does Edwards call this the “chief” evidence of God’s grace in the heart, he spends twenty percent of the entire treatise on how and why the Holy Spirit in believers produces Christian practice.

“Having a heart to forsake all for Christ, tends to actually forsaking all for Him, so far as there is occasion, and we have trial.” Similarly, “having a heart to deny ourselves for Christ tends to a denying ourselves indeed, when Christ and self-interest stand in competition.” [1] A new heart does new things; true love does acts of love.

New and divine life in the soul directly and necessarily produce Christian works. “Nothing in the universe…has a greater tendency to fruit. Godliness in the heart has as direct a relation to practice, as a fountain has to a stream, or as the luminous nature of the sun has to beams sent forth, or as life has to breathing.” [2] Indeed, Christ saved us for this purpose. “All is calculated and framed, in this mighty and manifold change wrought in the soul, so as directly to tend to this end.” [3] “He chose us in Him before the foundation of the world, that we should be holy and blameless before Him” (Eph. 1:4 NAS). “For we are His workmanship, created in Christ Jesus for good works, which God prepared beforehand, that we should walk in them” (Eph. 2:10 NAS). Christ “gave Himself for us, that He might redeem us from every lawless deed and purify for Himself a people for His own possession, zealous for good deeds” (Titus 2:14 NAS).

“Everything in a true Christian is calculated to reach this end,” [4] while God’s judgment rests on the fruitless: “The axe is already laid at the root of the trees; every tree therefore that does not bear good fruit is cut down and thrown into the fire” (Matt. 3:10 NAS). Christ cursed the fig tree on which He expected to find figs and found none (Matt. 21:19). In His parable of the soils, the good soil yields a crop of “a hundredfold, some sixty, and some thirty” (Matt. 13:8 NAS). In concluding His parable of the Vine and Vinedresser, where barren branches are trimmed and thrown into the fire, Christ concludes: “By this is My Father glorified, that you bear much fruit, and so prove to be My disciples” (John 15:1-8 NAS). God’s grace in the heart produces fruit.

Professing believers are likewise warned in the Book of Hebrews: “Ground that drinks the rain which often falls upon it and brings forth vegetation useful to those for whose sake it is also tilled, receives a blessing from God; but if it yields thorns and thistles, it is worthless and close to being cursed, and it ends up being burned” (Heb. 6:7-8 NAS).

Unbelievers may do many things that outwardly appear Christian, such as attending church for blessings, or seeking to live a moral life to avoid God’s judgment. Yet, mercenary Christians will not endure, especially in the face of severe trials or disgrace. “An unsanctified man may hide his sin, and may in many things, and for a season refrain from sin; but he will not be brought finally to renounce his sin, and give it a bill of divorce; sin is too dear to him.” [5]

Moreover, the straight and narrow way involves the self-denial of “utterly denying and finally renouncing all ungodliness.” [6] The unbeliever that follows Christ for benefits but lacks the new sense that sees and loves the beauty of God’s holiness, will not wholly deny self. Pharaoh let God’s people go at the threat of annihilation, but revealed his wicked heart by sending his chariots after them to retrieve his cheap labor force. His actions were restrained for a while, but his heart remained unchanged. [7]

Christ, Himself, declares the supreme measure of a true profession of faith:

You will know them by their fruits. Grapes are not gathered from thorn bushes, nor figs from thistles, are they? Even so, every good tree bears good fruit; but the bad tree bears bad fruit. A good tree cannot produce bad fruit, nor can a bad tree produce good fruit. Every tree that does not bear good fruit is cut down and thrown into the fire. So then, you will know them by their fruits (Matt. 7:16-20 NAS).

Actions speak louder than words. A life of service and sacrifice for Christ’s honor and exaltation give greater evidence of love to Christ than testimonies of great and heartfelt experiences of God’s love when a changed life is absent. [8]

Passing affections easily produce words; and words are cheap; and godliness is more easily feigned in words than in actions. Christian practice is a costly, laborious thing. The self-denial that is required of Christians, and the narrowness of the way that leads to life, does not consist in words, but in practice. [9]

Therefore, “Let your light shine before men in such a way that they may see your good works, and glorify your Father who is in heaven” (Matt. 5:16 NAS). And while we reject the pharisaical practice of good works to be seen and honored by others, a transformed heart is seen by a transformed life. “He who has My commandments and keeps them, he it is who loves Me; and he who loves Me shall be loved by My Father, and I will love him, and will disclose Myself to him” (John 14:21 NAS).

Christian truth must be believed. With each of the twelve signs of a saving work of God in believers, Edwards presumes belief in the essentials of Christian doctrine. The good works of an atheist give no evidence of new life in Christ. An implied or explicit profession of basic Gospel truth is necessary, including (but not limited to) belief that Christ is Lord and Savior, that He satisfied the requirements of God’s justice by paying the penalty for our sins on the cross. True believers hate and “renounce all sin,” knowing they are sinful and deserve God’s wrath. As believers, we “embrace Christ as our only Saviour; and that we love Him above all, and are willing for His sake to forsake all, and that we do give up ourselves to be entirely and forever His, etc.” [10] Believers embrace the Gospel and “profess that they rely on Christ’s righteousness only, and on His strength; and that they are devoted to Him, as their only Lord and Saviour, and that they rejoice in Him as their only righteousness and portion.” [11]

The content of faith must be understood. Those claiming faith in Christ must grasp the meaning and personal implication of what they profess. A rote or superficial repeating of “customary” and accepted language of Christian testimonies gives no evidence of a true profession of Christianity. Anyone can merely repeat what they have heard or been taught. [12]

The timing and exact steps of a personal experience of the new birth need not be understood. For a profession of Christianity to be considered acceptable, you need not understand the exact timing and stages by which the Holy Spirit changed your heart and brought you to faith. During the Awakening, some insisted you must be able to give an accurate account of such steps in order to be received into fellowship as a Christian, disregarding the “vastly more important and essential” marks of true belief. [13] What counts is the results of what God has done in our heart, not the exact specifics of how He did it.

Christian practice goes beyond a moral life. The absence of great character flaws and scandalous living do not constitute uniquely Christian works. By the common grace of God, many unbelievers live outwardly moral lives and, relative to others, appear as upright and excellent people. Christian practice, however, involves a life devoted to the service and obedience to God though Christ. [14]

No external appearances are infallible evidences of grace. No one infallibly knows the heart of another. God, alone, knows perfectly the state of a professing believer’s soul, seeing what we cannot see and knowing what we cannot know. Moreover, “it is impossible certainly to determine how far a man may go in many external appearances and imitations of grace, from other principles.” [15] As we have seen throughout the treatise, especially with respect to uncertain signs of grace, people “serve God” for a host of reasons that have nothing to do with a true love of God for who He is.

Next up: More evidence that gracious affections produce Christian works. 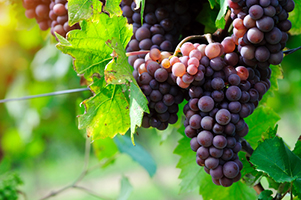