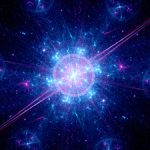 The previous article highlighted the myth of “science and reason versus faith” and the irony that atheists call people from trust in God to trust in the atheist’s opinion. They say, in effect, “have faith in me.” But like the rest of us, they are finite and fallible. And apart from God’s revelation, no atheist can know what they assert about God and ultimate realities. One such claim denies that God created the heavens and the earth from nothing. To this we again pose the question: how do atheists know what they claim to know? Or, to the present purpose, how can the atheist know that God did not speak the heavens and earth into existence?

To begin, no one views the universe with neutral objectivity. Everyone interprets the world according to assumptions (presuppositions) about the nature of God, reality, mankind, knowledge, truth, authority, and ethics. These assumptions form a person’s worldview, the lens through which they see and interpret all things. Those who assume the existence of the God of Scripture see His fingerprints everywhere as the design, order, and beauty of life and the universe reflect His power and genius. Atheists view the same design, order, and beauty as an accident of time and chance. Believers consider all things as impossible without God, while atheists see them as possible without God.

Whose assumptions (presuppositions), then, are reasonable, justifiable, and consistent with the design, order, and beauty of life and the universe? And in what authority or object of faith does one trust to form these assumptions? The believer trusts God and Scripture, while the unbeliever trusts his or her own perspective and opinion. Science, per se, does not speak with authority, scientists do. Finite and fallible, scientists interpret things according to their worldview. Thus, appeals to science as an authority are actually appeals to scientists that agree with a particular view. No scientist, however, can speak with authority concerning transcendent realities beyond the reach of the scientific method. And no one, scientist or otherwise, views the world with neutral objectivity when it points to God and our debt to love and obey Him.

As we have seen, to know that God does not exist requires knowledge of everything in the universe and beyond. And, if one cannot know that the biblical God of infinite power does not exist, one cannot possibly know that He did not speak the universe into existence. A person of five senses, limited intellect, and the constraints of three or four dimensions cannot possibly know what a Spirit of infinite power can or cannot do. Apart from God’s revelation, we can only guess. But guesswork is not science.

Blind faith accepts the notion that a big explosion and chance created the design and order of the universe, including the complexity of life and the necessary systems to support it. The scientific method, however, cannot demonstrate it. On the contrary, it remains intuitively obvious that design requires a designer while chaos produces nothing but chaos. And no scientific discovery points to a world older than the Scriptural account of approximately six thousand years unless viewed in a manner consistent with evolutionary principles that require millions and billions of years. And if atheists cannot know that the infinite God of the universe does not exist, they cannot know that He did not create the universe in six days, with light from distant stars already visible, etc., etc. God is not constrained by that which He created and sustains.

All things reflect the biblical account when viewed according to the obvious existence of the infinite God of Scripture. And no scientific evidence nullifies the biblical account apart from unbiblical assumptions that neither the scientific method nor the nature of reality can support. One might claim, according to evolutionary assumptions, that an exquisite painting came from an explosion in a paint factory, but never has this happened and the nature of reality cannot support such a hypothesis. Even the most zealous atheist would view such an explanation as ludicrous.

How, then, can finite and fallible people know that God did not create everything from nothing in six days? They can’t. We do well to remember God’s rebuke of Job:

Who is this that darkens counsel By words without knowledge? Now gird up your loins like a man, And I will ask you, and you instruct Me! Where were you when I laid the foundation of the earth? Tell Me, if you have understanding, Who set its measurements, since you know? Or who stretched the line on it? On what were its bases sunk? Or who laid its cornerstone, When the morning stars sang together, And all the sons of God shouted for joy? (Job 38:2-7 NAS).

Reams of excellent scholarship concerning the age of the earth can be studied to great benefit. But fundamental to this and any related discussion remains the question: how do atheists know what they claim to know? And are the assumptions behind their interpretations of scientific discoveries (such as chance and the evolutionary process), justified, reasonable, and consistent with the nature of reality, or demonstrable by the scientific method? The limited perspective and understanding of atheists cannot justify their claims.

For the believer, infinitely more obvious than the brilliance behind a beautiful painting stands the genius behind all things. God’s power and infinite excellence are so “clearly seen” and “understood” by His works that all people “know” Him and are “without excuse” (Rom. 1:18ff.). Indeed, “The heavens are telling of the glory of God; And their expanse is declaring the work of His hands” (Ps. 19:1 NAS). Behind every unbiblical explanation of our origins lies a dislike of the truth that God created and owns everything, apart from whom we have nothing; that His authority is ultimate, that life and every good gift comes from Him, and that we owe Him all love, honor, and gratitude, forever. Here we find the reason people believe unscientific and impossible explanations of the origin of life and the universe—they dislike the obvious alternative. 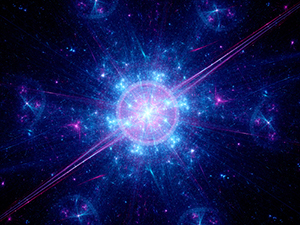 Yes, I Want a PDF of “The Human Limitations of Unreasonable Atheism (Part 7): Creation”