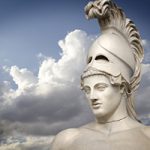 We turn, now, to a specific example of a “disproof” where the definition of God is said to contain logically contradictory elements, rendering Him impossible. According to the claim, a perfect God must be virtuous. But virtue, as defined by the ancient Greeks and accepted in “ethical theory,” requires human imperfections. Thus, a perfect and virtuous God cannot exist because human imperfections are incompatible with Divine perfection. The argument is said to be “dialectally powerful” because the conclusion follows “plausible” premises. [1]

The editors state in the Introduction that arguments denying the possibility of God “are not about certainty but rather about rational justification.” Ignoring for the moment the unjustified leap from justification to impossibility, we must ask if the premises of the present argument are justified, or even plausible.

Believers certainly agree with the premises that God is perfect and that a perfect God must be virtuous, if by virtuous the author means holy, good, and righteous. “No one is good except God alone” (Mark 10:18 NAS). “There is no one holy like the LORD” (1 Sam. 2:2 NAS) “The Rock! His work is perfect, For all His ways are just; A God of faithfulness and without injustice, Righteous and upright is He” (Deut. 32:4 NAS). “The LORD our God is righteous with respect to all His deeds which He has done” (Dan. 9:14 NAS). But the author has in mind a distinctly “human” and imperfect virtue that requires “overcoming pains and danger,” suffering, and the possibility of being destroyed in attempts to overcome opposition and enemies, things incompatible with a perfect being. Thus, according to the author’s definition of virtue as imperfect, a perfect and virtuous God cannot exist.

Whatever idea of “God” the author claims cannot exist, he has said nothing that indicates the impossibility of the Christian God of Abraham, Isaac, and Jacob. While Scripture reveals God to be perfect and holy, it categorically denies that He possesses defects of any kind, including a human and imperfect virtue. Quite the contrary, God is the source and measure of right and wrong, and subject to no standard beyond Himself. Moreover, as infinite He created and rules over all things and neither “struggles” to overcome opposition, nor faces the prospect that He might be destroyed in the process. According to the author, however, the idea that God is both perfect and virtuous, using the author’s definition of human virtue derived from “ethical theory,” has “become the official theological view.” But no orthodox theologian in the history of the church has ever attributed such a “virtue” to the God of Scripture. Of course, one could create countless contradictions in the definition of God by redefining what He has revealed about His attributes. But such would prove nothing more than people have lively imaginations.

Perhaps the argument might have been useful in the ancient Greek setting where the “gods” were extensions of depraved people, warts and all. Or maybe it could be re-directed to show that a perfect God cannot logically be an extension of finite and fallen mankind, affirming what Scripture teaches about the difference between God and imperfect humanity. But whatever its merits, it says nothing about the impossibility of God as He has defined Himself in Scripture.

Interestingly, the author admits “that there appear to be epistemological limits about what can be known by human thinkers on the basis of logical reasoning about the nature of the Divine being.” [2] Truer words were never spoken, but inadequately applied in the present case. And even if we should struggle to logically reconcile something that Scripture actually teaches about God, our lack of understanding cannot justly form the final standard of what can and cannot be true of Him. We remain infinitely small by comparison and unable to speak of transcendent realities apart from God’s explanation of such things. Atheists and believers alike, it seems, have trouble admitting our smallness in the face of an infinite God.

Who has directed the Spirit of the LORD, Or as His counselor has informed Him? With whom did He consult and who gave Him understanding? And who taught Him in the path of justice and taught Him knowledge, And informed Him of the way of understanding? Behold, the nations are like a drop from a bucket, And are regarded as a speck of dust on the scales; Behold, He lifts up the islands like fine dust. Even Lebanon is not enough to burn, Nor its beasts enough for a burnt offering. All the nations are as nothing before Him, They are regarded by Him as less than nothing and meaningless (Isa. 40:13-17 NAS).

Quite simply, frail and fallible specks of dust lack the vantage point and understanding to define the infinite God of Scripture out of existence. And if God did not exist, neither would anyone exist to define Him away. May God give great grace that His detractors might cease from suppressing the obvious truth of His existence and turn to Him who gives life everlasting, to Christ, “the power of God and the wisdom of God” (1 Cor. 1:24 NAS).

[1] Douglas Walton, “Can an Ancient Argument of Carneades on Cardinal Virtues and Divine Attributes Be Used to Disprove the Existence of God?” in The Impossibility of God, Michael Martin and Ricki Monnier, eds. (Amherst: Prometheus Books, 2003), 38-40. 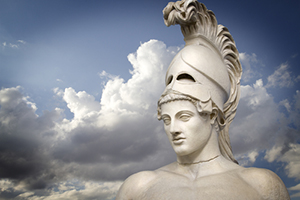 Yes, I Want a PDF of “The Human Limitations of Unreasonable Atheism (Part 12): “Definitional Disproofs” (Part B)”