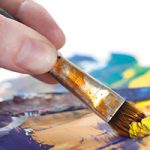 In the first of the articles appealing to moral evil as proof of God’s impossibility, the author claims belief in God lacks “rational support,” that people must reject reason and ignore the conclusive arguments against Him in order to believe. The “problem of evil,” according to the author, is one such argument. A logical problem, it basically says that if God has infinite power and can easily eliminate evil, and if He is perfectly good He would always want to eliminate evil, but since evil exists, God must either be less than infinitely powerful or less than perfectly good, or both. [1]

An in-depth discussion of the nature of knowledge is beyond the scope of this series, but for our present purposes we will define knowledge as justified belief, or belief supported by sufficient proofs and evidences. The contributors to The Impossibility of God contend that belief in God lacks justification, and therefore cannot be knowledge, while logical arguments prove God cannot exist.

Before we examine the specifics of the “problem of evil” (to be addressed in the next few articles), we will ask if logical arguments provide the best proof to know whether God exists. A few simple illustrations will indicate that logical proofs or disproofs may not provide the highest or most justified knowledge, or even represent the main way people know things.

For example, if you are a married man reading this, when you first met your wife did you run calculations on her facial features, with color charts and measurements of the symmetry of the nose to the eyes, and from that deduce that she was pretty? I hope not. More likely you saw, swooned, and the rest is history. Perhaps our wives were given a kind of blindness. In any case, people know beauty intuitively and immediately, without a process of logical reasoning. Seeing is believing. And when you eat a piece of chocolate, do you logically deduce that it tastes good? No. You bite and you know intuitively and immediately whether it is delicious. Tasting is believing.

How, then, does this apply to the knowledge of God’s existence, especially since He is not physically present with us? Imagine a trip to a museum, perhaps with some friends, where beautiful sculptures, paintings, and inventions are on display, and delectable baked goods are offered in the first-floor bakery. No artists were there, most having departed centuries ago. Now ask yourself, would anyone viewing the exhibits need a series of logical deductions or syllogisms to determine the existence of the sculptors, painters, and inventors? No. The existence and genius of the creators is intuitively and immediately known by the genius of their works. In fact, such knowledge gives more certainty of their existence than any logical argument could provide. Seeing is believing (and knowing). No one visits a bakery and logically questions the baker’s existence when a cupcake is evidence enough, and no one needs a deductive argument to know for certain the origin of croissants.

Some of you may be familiar with the pre-Socratic philosopher Zeno’s argument that motion is impossible; philosophers still debate if it has ever been sufficiently answered. Yet, regardless of the brilliance of his argument (and it is brilliant), we intuitively and immediately know that motion exists. It might be difficult to logically prove the existence of a rock on which we stub a toe, though we will intuitively, immediately, and painfully know its existence with great confidence.

As with sculptors, painters, inventors, and bakers, we know the existence and genius of God by the genius of His works, known intuitively and immediately, apart from a deductive argument. In fact, we have infinitely more evidence for God as our creator than for the creators represented in the museum. We live immersed in the brilliance of His handiwork everywhere and in everything, including our minds and the ordered reasoning by which we contemplate such things, in a world where a single cell makes the greatest creations of mankind look like Tinker Toys. The obvious evidence for God in His works provides infinitely more proof than the best logical arguments, while logical “disproofs” cannot annul it. Nevertheless, people deny what stares them in the face because they do not like its implications.

For since the creation of the world His invisible attributes, His eternal power and divine nature, have been clearly seen, being understood through what has been made, so that they are without excuse. For even though they knew God, they did not honor Him as God, or give thanks; but they became futile in their speculations, and their foolish heart was darkened. (Rom. 1:20-21 NAS)

Indeed, “this is the judgment, that the light is come into the world, and men loved the darkness rather than the light; for their deeds were evil. For everyone who does evil hates the light, and does not come to the light, lest his deeds should be exposed” (John 3:19-20 NAS).

Nothing said here signals a retreat to the irrational and illogical to defend the faith. On the contrary, attributing the brilliant design, order, and operation of the universe, including the marvels of life, thought, feeling, personality, relationships, etc., to an accident of time and chance, a random bolt of lightning in a random primordial soup, and that on a random planet in a random universe represents the epitome of irrationality and blind-faith speculation. My shelves of books as the product of ink and woodchips in a hurricane appears reasonable by comparison. Knowing the existence of the artist from the genius of his art and the existence of God from the genius of His works contradicts nothing of logic and rationality. Some things are just plain obvious.

Lastly, this brief foray into the nature of proof and knowledge does not suggest that the problem of evil cannot be sufficiently answered. Quite the contrary, we will begin examining the problems of using the “problem” next time. The existence of moral evil in the hearts and choices of created beings poses no problem for God’s existence, though it spells trouble for those who use it as an excuse to ignore the One to whom they owe all love, honor, and obedience, apart from whom they would not exist to deny Him. May God grant them mercy to believe. 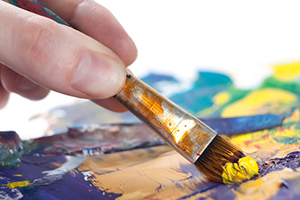 Yes, I Want a PDF of “The Human Limitations of Unreasonable Atheism (Part 15): “The Problem of Evil” (B)”