The second of the “doctrinal disproofs” presented in The Impossibility of God claims that the God of the Bible does not exist because His actions in the Old Testament, as well as His ultimate judgment on sinners in hell, are grossly immoral. [1] According to the author, Satan is merely guilty of a few misdemeanors, has violated none of the moral principles the author proposes to judge God, and is a “paragon of virtue” compared to God. [2]

Presenting what he sees as points of agreement with theists, the author affirms the existence of objective moral principles and rejects the idea that truth is relative or that the truth of “moral judgments” is determined by individuals or by “counting heads” (i.e., popular vote). He then presents what he believes to be five moral principles on which atheists and theists can agree, claiming that the God of the Bible has violated them all.

Before we examine God’s alleged immorality, we need to question the source of author’s moral principles by which he makes his case. Presumably, his atheism includes the belief that the universe and everything in it are the product of time and chance, and that life and our current ability to discuss such things evolved from a single cell in a pond and somehow progressed by “natural selection” to where we are today. And though atheists dislike “survival of the fittest” to describe the process, given its obvious implications for morality and worldview, “natural selection” is exactly that.

Where, then, did the author’s “objective moral principles” come from? It would appear that this presumed accident of time and chance (the author) derives right and wrong from his own opinion or the opinions of other accidents of time and chance. Either way, he is guilty of the relativism he claims to reject. Without God as the source of objective morality, nothing remains but his view and the views of others, with none more qualified than another to determine which is true. Thus, the cultural relativism that permeates atheistic thinking equally applies to individual morality. Lacking an ultimate authority, no absolute standard exists to judge the morality of individuals or cultures.

And evolution provides no right or wrong. How does an alleged process built on the destruction of the weak by the strong become the morality of the strong protecting the weak, and that to the detriment and violation of the means by which life and the gene pool evolves? “Moral” lions and tigers starve to death.

In the first sentence of his introduction, the author quotes a character in Dostoyevsky’s The Brothers Karamazov, “If there is no God, all things are permitted.” With no apparent justification, however, he merely dismisses this as myth. All agree that people make laws and punish those who break them. But time and chance produce no moral absolutes or ultimate accountability. And what evolutionist can tell headhunters and cannibals they are morally wrong if they have survived at the expense of their weaker neighbors? Is it any wonder that eugenics, the cleansing of the gene pool to advance the human race, immediately preceded the Holocaust? Had Germany won WWII and (by their account) defeated the weak, to what absolute moral principle could evolutionists appeal to rebuke the perpetrators of its atrocities? When God is dethroned as the ultimate moral authority, all that remains is personal preference and the tyranny of those with the most power to inflict their desires on everyone else. Dostoyevsky was correct.

And while the author claims to reject a relativistic basis of morality, that of personal preference or head counting, he cannot avoid it. Evidence peppers his article, such as “on my view,” “as almost everyone would agree,” “as I see it,” “I want to say,” “I take to be objectively true,” “I want to say,” “I would like to think,” “If I am right,” to cite a few examples. Rejecting God, he can only appeal to his own opinion or the opinion of others, the very relativism he claims to reject.

Of course, atheists have well-defined morals, especially when they have been raised with remnants of a Christian worldview permeating their laws, culture, and parents. All people have standards of right and wrong because God created us in His image and has written His law on every heart (Rom. 2:14-15). Time, chance, and survival of the fittest do not produce “thou shalt not kill” (Ex. 20:13, Dt. 5:17), “love thy neighbor as thyself” (Lev. 19:18, Matt. 19:19), and “inasmuch as ye have done it unto one of the least of these my brethren, ye have done it unto me” (Matt. 25:40). Atheists presume God’s existence and moral standards to criticize and explain Him away. But whether God is guilty of violating the moral principles He has given to us, as claimed by the author, will be examined in the next article. 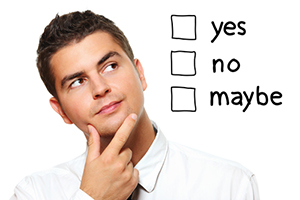 Yes, I Want a PDF of The Human Limitations of Unreasonable Atheism (Part 18): “The Problem of Evil” (Part B)”