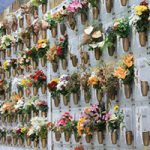 In “A Moral Argument for Atheism,” the second “doctrinal disproof” in The Impossibility of God, the atheist author assumes common moral ground with believers and presents five “paradigms of objective moral truths” that he believes both atheists and theists would consider morally wrong: 1) the intentional murder of innocents, 2) giving women to soldiers as sex slaves, 3) making people cannibalize others, 4) human sacrifice, and 5) endlessly inflicting agony on others for their beliefs. Calling them “our moral principles,” the author claims that God’s actions in Scripture have violated them all, leaving Christians with the choice between an unholy God or false Bible. [1]

In the present article I suggest a proper starting point to respond to this and other atheistic claims and show why atheists are unqualified to make them. In subsequent articles I will further critique specific elements of the above argument.

In the previous article I critiqued the author’s empty claim that he rejects relativism, given his worldview provides no basis for objective morality and reduces to nothing more than individual or collective personal preference. Time, chance, and survival of the fittest produce no moral absolutes. And despite his attempt at common ground with theists, the atheistic and Christian worldview remain as incompatible as oil and water. Christians derive moral absolutes from God’s law, both written on the heart of every person and revealed in Scripture, while knowing that no objective truth or morals can exist apart from God. The atheist must borrow from our worldview to agree with us on any moral principle.

The author, however, claims that moral principles exist without God, to which all people and God (should He exist) are subject. Christians reject this and understand that all moral principles come from God. And with the exception of moral evil (found only in the will of angels and people), God created all things and can never be subject to a higher principle outside Himself. Atheists may argue that God’s actions are inconsistent with what Scripture teaches about His perfect moral character and what He requires of us, but the atheistic worldview gives no standard by which to criticize anything, let alone God.

“There is no God besides Me; It is I who put to death and give life. I have wounded, and it is I who heal; And there is no one who can deliver from My hand” (Deut. 32:39 NAS). The Old Testament reveals many instances of God directly or indirectly killing entire cities, nations, and even the whole world (Noah and his family excepted). Indeed, every death, including that of infants and children, traces to God’s judgment of Adam’s sin in the Garden. Does the Bible, then, affirm the author’s claim that God’s actions show Him as unholy or Scripture as untrue? Should God be viewed with “abhorrence” as a murderer of innocent people, as our atheist author suggests?

Every judgment of God, including the ultimate and eternal punishment of souls in hell, should send shivers of terror down the spine of any thinking and feeling person—believer, atheist, or otherwise. “Behold then the kindness and severity of God” (Rom. 11:22 NAS). But while God’s judgments are dreadful and sometimes unfathomable, are they unholy? More to the point, can the severely limited perspective of fallen and self-justifying people know enough to prove false what Scripture says of God’s as perfect knowledge, holiness, and righteous judgments? What would the atheist need to know to justify such a claim?

To answer these and all ultimate questions we do best by understanding our beginnings. God the Father, God the Son, and God the Holy Spirit have existed forever and need nothing. God created all things from the overflow of His goodness. Apart from God, then, we have nothing, while every good thing we enjoy comes as an undeserved gift from His gracious hand. To God we owe all love, honor, and obedience—always, while God owes us absolutely nothing, including a single breath or day of life. God is the Potter, we are the clay. He gives and takes away, and can do with His own as He pleases. “Who are you, O man, who answers back to God? The thing molded will not say to the molder, ‘Why did you make me like this,’ will it?” (Rom. 9:20 NAS). This reality forms the starting point and basis for a proper understanding of ourselves and a proper humility to approach difficult theological questions. “The fear of the LORD is the beginning of knowledge” (Pro. 1:7 NAS). A proper view of our smallness and dependence on God for all things, including knowledge of realities beyond our limited perspective, should render us humble, reverent, and silent before God’s severe lessons and judgments.

How, then, does our knowledge compare to God’s infinite knowledge? He knows everything, including the past, present, and future into eternity, as well as every heart and relevant detail before His throne of justice. God sees what we cannot see and knows what we cannot know. Do we, then, possess sufficient knowledge to sit in judgment of God’s deeds?

For instance, God determines the birth and death of every person. He can also give everlasting happiness to a soul He separates from physical life in infancy or otherwise. Can the miniscule knowledge of atheists determine that God will not make all things right in the end and that the eternal fate of each soul will not be just? Do they possess sufficient knowledge to accurately judge a single case? Atheists lack sufficient perspective and understanding to venture a guess, even as they presume to exhaust every possible explanation in and beyond the universe with a three or four sentence syllogism. Unless we can know the eternal fate and every relevant fact concerning souls that leave this physical existence, we cannot possibly know that God is unjust in any of His judgments. As it is for the recipients of God’s grace in Christ, our present sufferings, including an “untimely” death, are not worthy to be compared to future, eternal, and immeasurable happiness (Rom. 8:18). Indeed, “If we have hoped in Christ in this life only, we are of all men most to be pitied” (1 Cor. 15:19 NAS). The affairs of this short life cannot be rightly evaluated apart from a full consideration of eternity, something God knows intimately, and something atheists cannot possibly know apart from God’s revelation, the same revelation they refuse to believe. Eternity matters.

And as atheists have assumed the irrational notion that their limited perspective and understanding define the ultimate standard of what is possible in and beyond the universe, so they assume the equally irrational notion that their limited perspective and understanding form the ultimate standard by which to judge the righteousness of God’s actions. It’s a wonder that atheists spend their time writing books to convince others that life is eternally pointless and without ultimate accountability when they could be making billions in Las Vegas with their infinite knowledge. Perhaps they have borrowed one too many Christian scruples, or just maybe their knowledge is not quite what they presume it to be.

In the next few articles we will further examine several of the author’s claims by asking: Can God can do things that we cannot? Can a holy God use unholy people as the instruments of judgment against sin? Was God unjust to impute the guilt and judgment of Adam’s sin to his posterity? And, can believers know that all of God’s ways and works are holy and just, and how can we now this for sure? 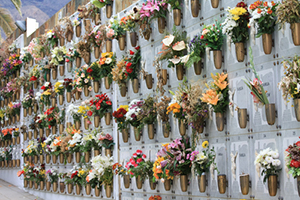