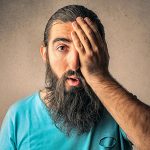 As we continue our look at how human limitations render unreasonable the many arguments against God’s existence, we do well to remember that true wisdom begins with the “fear of the Lord” (Prov. 9:10), and admits its smallness and dependence on God for all things—including knowledge. The importance of grasping and applying this basic fact to every aspect of life cannot be overstated. Indeed, “when I am weak, then I am strong” (2 Cor. 12:10 NAS). In the face of God’s infinite excellence and power, we cannot rightly view the world, ourselves, our circumstances, and God Himself without a proper and heartfelt understanding of our smallness before Him.

This vital principle applies to how we approach theological and textual difficulties in Scripture. For instance, in the “doctrinal disproof” article we have been considering, [1] the author claims that differences between the two accounts of the same census taken by David indicate an error in Scripture (2 Sam. 24:1 and 1 Chron. 21:1-7). The first passage says God was angry with Israel and incited David to number the people. The second says Satan incited David to do so. In either case, God judged David for it and thousands died as a result. By our atheist author’s estimation, the accounts are contradictory and God unjustly condemned David for what He incited David to do. Admittedly, the two passages present an interpretive challenge for the best of interpreters.

I will forgo examining the many possible answers to the claims to focus on how a proper view of our human limitations—the flipside of a necessary reverence of God’s sovereign excellence—must precede every approach to Scripture.

According to our atheist author, Bible difficulties easily point to errors because God does not exist and Scripture is merely the musings of men. Moreover, some who profess belief in Christ and the infallibility of Scripture accept many of its moral principles as true, but dismiss historical details as inaccurate or mere metaphors of spiritual truths.

Yet when atheists and “liberal” Bible interpreters appeal to “error” as the default response to difficult problems, they discount or ignore their human limitations and presume to know every possible explanation, even those known only to God. For atheists, this reflects an unjustified faith in their assumed ability to know and explain transcendent realities from their limited human perspective (apart from God’s explanation). Professing believers who reject the accuracy of portions of Scripture unwittingly (maybe wittingly) affirm the unbelieving assumptions behind wholesale rejections of Scripture.

Scripture gives us examples of how our two passages can be explained and reconciled. For instance, if we were to ask if God or Satan caused Job’s great suffering, we could answer either God, Satan, or both. God, of course, was the ultimate catalyst, while He allowed Satan to put Job to the test. Such a scenario could easily explain the differing accounts of God and Satan inciting David to number the people. Given that God was angry with Israel (2 Sam. 24:1), He could have allowed Satan to be His means to chasten both David and the nation. Moreover, God’s judgment of David for doing what God incited him to do has a parallel in God hardening Pharaoh’s heart to prevent him from releasing Israel before Egypt could be completely destroyed. God justly prevented Pharaoh from acting in self-interest to escape judgment, knowing that Pharaoh still regarded God and His people with contempt. And since God sees the heart, Pharaoh would have remained guilty of hostility toward God even if he had released God’s people before the last of the ten plagues. God merely prevented Pharaoh from saving Egypt and his own skin by not allowing him to let the people go, even as Pharaoh bore responsibility for his sinfulness.

The first census passage tells us that “the anger of the LORD burned against Israel” (2 Sam. 24:1), but does not tell us why. Perhaps God saw in the hearts of David and the people sinful pride and trust in the earthly power of their armies. Perhaps David wanted to take inventory of his earthy resources but refused to act for fear of the consequences. Perhaps God desired an outward display of the inner sin by inciting David’s suppressed desire into action, teaching David and Israel a lesson in the process. Perhaps there are better explanations. Regardless, we know for certain that we lack sufficient knowledge to conclude that no possible solution exists and thus Scripture is in error.

Over the centuries, advances in our understanding of history, archeology, theology, et al, have solved a great many so-called “errors.” Thus, wisdom studies and waits. Moreover, wisdom admits great limitations before profound difficulties and mysteries. Wisdom understands that we see dimly until we see clearly in glory. Wisdom knows its smallness before an infinite God and refuses to presume exhaustive knowledge in the face of tough questions. Wisdom shuns conclusions that reflect a denial of God’s authority. Wisdom depends on God for all things—including answers to difficult questions. “The secret things belong to the LORD our God, but the things revealed belong to us and to our sons forever” (Deut. 29:29 NAS). Believers hold fast to the things revealed and leave the secret things where they belong—with God. Thus, proper interpretation of Scripture requires a proper humility before the God who wrote it. “Let no man deceive himself. If any man among you thinks that he is wise in this age, let him become foolish that he may become wise” (1 Cor. 3:18 NAS). “To this one I will look, to him who is humble and contrite of spirit, and who trembles at My word” (Isa. 66:2 NAS). Amen. 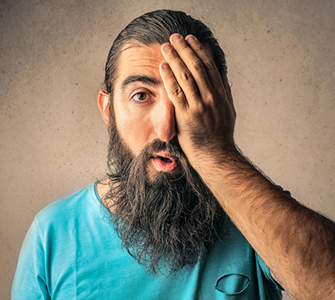