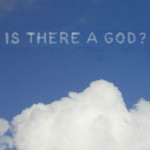 A recent Barna research study confirmed what many of us already knew – our society is becoming more inclined to dismiss the concept of a Creator. The study showed that one in four un-churched adults are either atheists or agnostics. Twenty years ago, 18 percent of skeptics were under 30 years old. Today that proportion has nearly doubled to 34 percent—nearly one-quarter of the total U.S. population. Additionally, they found that two decades ago, one-third of skeptics were college graduates, but today half of the group has a college degree. In 1993 only 16 percent of atheists and agnostics were women. By 2013 that figure had nearly tripled to 43 percent. Obviously, our society is drifting more towards an atheistic worldview. For Christians, this means we need to be prepared to answer objections to our faith. Here are five reasons that atheists cannot know that God does not exist:

In other words, they have human limitations. God’s rebuke of Job makes the point rather clearly: “Who is this that darkens counsel by words without knowledge? Now gird up your loins like a man, and I will ask you, and you instruct Me! Where were you when I laid the foundation of the earth? Tell Me, if you have understanding” (Job 38:2-4). The right answer is humble silence. One must have knowledge and experience of ultimate realities to speak with authority about ultimate realties.

For instance, what atheist has ever been beyond the three or four dimensions of our existence to understand a 5th, 10th, or 100th dimension? We are well-equipped to learn a great many things about the universe we experience with our senses, but woefully ill-equipped to know of things beyond. To claim such knowledge without divine revelation is fanciful.

He is “immortal, invisible,” and “alone possesses immortality and dwells in unapproachable light; whom no man has seen or can see” (1 Timothy 1:17; 6:16). To deny God’s existence because we haven’t seen Him says nothing about the actual existence of God. When a Soviet cosmonaut looked out of the window of his space capsule and declared that he did not see God, he said nothing of scientific value regarding the existence of God. (Someone noted at the time that had he opened the window he would have seen God immediately.) The fact that the universe is designed and ordered with uniform and universal physical laws allowed him to be in space in the first place, contrary to random chance. Without God, no capsule or cosmonaut would have been possible.

How can a good God exist with so much suffering in the world? How can God make the sun stand still in the sky? How can a man live in a whale for three days, or be born of a virgin? Many such questions confront the believer, the majority of which disappear in the face of a God whose infinite power cannot be limited by the properties of the universe He created and sustains. But beyond the obvious answers, many difficult theological mysteries face our finite and fallen understanding. And why not? If we could understand everything about an infinite God and His universe we would be God.

Moreover, to deny truths taught by Scripture about God and His works because we cannot understand them, or because they go beyond what we know of “natural laws” says, in effect, that what I cannot understand cannot be true. It makes the finite and fallen understanding of people the ultimate standard of what God can be or do. But as we noted above, people who do not know the contents of their neighbor’s garage, or have never been beyond the universe or their three or four dimensions of existence cannot legitimately make their personal opinion the standard of truth concerning ultimate realities.

In denying God’s existence, the atheist leaves time and chance as the principle behind the universe. Yet, all material and energy in the universe operate according fixed and universal laws. In fact, no language, truth, knowledge, science, scientist, or atheist would be possible in a random chance universe.

For the sake of argument, assume that someone could exist with the necessary and ordered functions to view things in a random chance universe. Nothing could be known or said to be true of anything because nothing would have fixed characteristics. We know the meaning of “dog” and “tree” because dogs and trees have certain constant properties belonging to dogs and trees. But the terms would be meaningless if everything randomly changes from one moment to the next. Nothing could be said about anything. How can you do science when the scientist, the lab, and everything else are constantly changing? The atheist could not exist to argue that God does not exist.

Of course, our universe is not like this. We have knowledge, language, and do science. We build things because the elements we discover and manipulate will have the same properties tomorrow as today. No one lives their life according to a universe built and operating according to random chance, regardless of their explanation of the origin of life and the universe. Everyone lives assuming an ordered reality that operates according fixed and universal laws, expecting that the floor will not disappear from under them as they eat their dinner of well-ordered food. Atheists do not live as if their worldview were actually true.

In the end, the universe as we know it would be impossible without God. We can only discuss His existence because He exists.

I recently viewed a short video clip of a brilliant inventor who claims to create “new forms of life” from PVC pipe. His “creatures” reflect the genius of their maker as the breeze powers them to walk along the beach. (No telling what he could have done with a good set of Legos.) His desire is that his creations “live on” after his death. Yet, despite their brilliant design, they cannot think, communicate, love, reproduce or argue against the existence of the engineer that made them. They are not life.

Life makes life after its kind. Our engineer could have children to live on after he dies, but even with his great skill he could not mold plastic or any other inanimate material into life. Babies come from a mom and dad that were once babies that came from a mom and dad. Chickens come from eggs laid by chickens that were once eggs, while plants come from seeds that came from plants that were once seeds, ad infinitum (apart from God). Even the building blocks of life come from life that created them but could not exist without them. This closed loop of life can only exist because God first created life. In the same way, the personal cannot come from the impersonal. Energy and non-living stuff simply cannot create a soul, consciousness, conscience, thought, love, etc. A personal God of infinite power, however, can do so easily.

And so with all the designed and ordered brain power and resources of the world, scientists have yet to create from scratch a single cell, let alone a blade of grass, bug, or anything else that can remotely be called life. Yet the “simple” cell is more sophisticated than anything the collective genius of mankind has ever produced. And with a trillion or so atoms organized to form a cell, and a trillion or so cells cooperating and communicating to make and reproduce a person, including consciousness and every other trait of life, aimless encounters of somehow-existing material and energy is neither a scientific nor reasonable explanation for life.

Atheists are certainly entitled to their opinions about God’s existence. But opinions they are, and those contrary to the nature of reality. In the end, atheists are just as limited as everyone else. Apart from God’s revelation, they can only venture a guess as to what an infinite God could be or do, and that while the beauty, design, and order of the universe scream the genius and power of God.

Craig Biehl received his ThM from Dallas Theological Seminary, and PhD in Systematic Theology from Westminster Theological Seminary. He is the author of several books including the newly-released The Box: Answering the Faith of Unbelief, and God the Reason: How Infinite Excellence Gives Unbreakable Faith. Craig and his wife Angelica enjoy ministering with patients and staff at a local convalescent and hospice center near their home in Philadelphia. For more information, visit www.PilgrimsRock.com.

Read the article on www.crosswalk.com 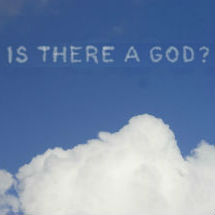 Yes, I Want a PDF of “5 Reasons Atheists Can’t Know that God Does Not Exist”