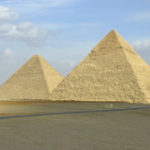 Why do people deny or explain away the miracles recorded in Scripture? Unbelievers naturally reject them from hostility toward God and Scripture. Yet, more puzzling is why professing Christians that believe in the infinite power of God would propose “natural” explanations that appear contrary to the purpose of miracles to display God’s power and rule over the universe.

Natural explanations for biblical miracles include the Nile turning to “blood” by red soil erosion or an algae bloom, or the parting of the Red Sea by strong wind on two inches of water, or darkness in Egypt and at the crucifixion of Christ by an eclipse of the sun, etc. Yet the best of such explanations leave serious problems, including the exact timing of the algae bloom or soil erosion, not to mention the blood in pools, reservoirs and drinking vessels throughout Egypt; the drowning of the entire Egyptian army in two inches of water, a solar eclipse producing the extended and complete blackout in Egypt that stopped at the border of Goshen where the Jews lived, or darkness lasting three hours while Christ hung on the cross. Many more examples with similar problems could be given. But beyond the obvious difficulties as noted above, attempts to show natural causes for biblical miracles involve at least three greater problems.

First, “natural” explanations of biblical miracles follow wrong views of God, or a lack of understanding or denial of the implications of His infinite power as the creator and sustainer of the universe. Why would anyone that affirms the divine authority of Scripture find it difficult to accept that a God of infinite power can arrange any aspect of His universe when, where, and how He pleases? Scripture clearly teaches that God is not limited by what He made and sustains: “Is anything too difficult for the Lord?” (Genesis 18:14 NAS). “Ah Lord God! Behold, Thou hast made the heavens and the earth by Thy great power and by Thine outstretched arm! Nothing is too difficult for Thee” (Jeremiah 32:17 NAS). If we truly believe God’s testimony about His power, why would we question God’s account of His works in history? Why would we have a problem with the sun standing still, Jonah in a whale, or any other miracle in Scripture?

Second, imposing extra-biblical speculation onto Scripture elevates human imagination and opinion above the testimony of God, thereby repeating the sin of Adam and Eve in the Garden. How can people that could never know the proper explanation of God and reality apart from God’s revelation declare how God can and cannot operate in history, or contradict what He has clearly told us? Or, what gives created and dependent people the authority to pick and choose what to accept in Scripture as historical and what to explain away, including events confirmed to be historical by Christ and the Apostles? God gave us no such authority, and no authority higher than Scripture exists to which we can appeal.

Third, explaining biblical miracles by “natural” processes makes belief in Scripture more acceptable to people who deny the existence of God and the possibility of miracles. And while the world and the order of its operation are impossible without God, unbelievers claiming a universe built on random chance could never know how it always operates everywhere and at any time. Moreover, knowledge of every possible fact in the universe and beyond would be necessary for anyone to know that God does not exist or that His power is limited by what He created. We are far too limited to know such things.

Why, then, do professing believers resort to creative explanations of miracles when creation and Scripture clearly testify to God’s infinite power? Why must we believe the Red Sea was only two inches deep? Perhaps we would do better to point out that an infinitely powerful God can do anything, that Jonah in a whale is easy compared to creating and continuously sustaining everything in the universe. And, if we fear being called ignorant by those who “suppress the truth in unrighteousness,” who view the infinite excellence of the Gospel as “foolish,” we are not to join them by claiming a limited God. Rather, we affirm that a God who can create and sustain a universe by His infinite power can easily do miracles. Besides, limited people that lack the ability to know what exists beyond the three or four dimensions of reality also lack the ability to deny the existence and infinite power of God to do miracles. On the contrary, every aspect of the universe displays God’s infinite power and genius. Therefore, instead of reducing God to make Him acceptable to unbelief, we proclaim a God whose ways are as high above us as the heavens are above the earth (Isaiah 55:9).

If we tell it like it is, unbelievers may call us names and treat us badly. But, faithfulness to Christ comes with a price, and we have no right to alter or explain away what God has given us to know, preach, and teach. People need the truth, but we do them a great disservice when we resort to explaining away God’s clear revelation to avoid their reproach. May God help us be faithful, to the honor of His great name and for the eternal good of people in need of Christ. 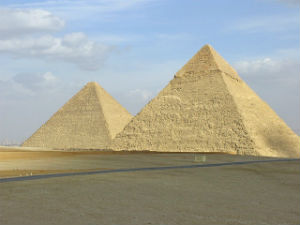 Yes, I Want a PDF of “Big Problems with Explaining Miracles by “Natural” Processes”