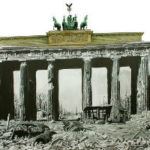 The following is an excerpt from an ongoing conversation with a close Jewish friend of mine who is exceptionally brilliant in his analysis of Western Civilization, including the inexplicable foolishness of its leaders to welcome, embrace, and even promote the very forces that would destroy them. Like many, however, he struggles to find a rational explanation for the “madness.”

Spiritual blindness is a disconnect from reality, a kind of insanity. In his treatise, Original Sin, Jonathan Edwards demonstrates that people are generally rational in preparing for their future, such as going to school, planting crops, or saving money, etc., but become quite irrational about preparing for eternity. The lack of attention given to our ultimate and eternal fate stands in stark contrast to its importance and inevitability. Imagine the popularity of the NFL replacing scantily clad dancers at half-time with a Bible study on the importance of our eternal destiny and the necessity to be right with God. At the rehab and nursing facility where I minister, many on the edge of eternity prefer a poker game, TV, or barren wall to hearing how to go to heaven or be forgiven of sin, etc. For much of the world, and increasingly in the West, the fact that the Creator of the universe paid an infinite price to purchase our eternal happiness, and that at infinite cost to Himself, means nothing. Yet, how do the few years of our earthly life compare to eternity?

This same blindness influences politics, public policy, views of religion, et al. God judges wayward people and nations when He reduces or withdraws His various restraints on human depravity and gives people what they want. And what do people and nations in rebellion against their Creator ultimately want? Liberation from God’s “tyranny” and the pursuit of personal preferences over God’s good and perfect will: “The kings of the earth take their stand, and the rulers take counsel together against the LORD and against His Anointed: ‘Let us tear their fetters apart, and cast away their cords from us!’” (Psalm 2:2-3 NAS). In a tragic irony, they jettison the life-giving and benevolent rule of the One who willingly suffered infinite wrath to pay the penalty for sin and purchase infinite and eternal happiness for enemies, for the rule of self-absorbed and power-hungry tyrants. Not a good trade. “For they exchanged the truth of God for a lie, and worshiped and served the creature rather than the Creator, who is blessed forever” (Romans 1:25 NAS). Having cut the cord to their spiritual, intellectual, and moral anchor, they are prone to deception and powerless to resist the evil forces that promote the policies and narratives designed to destroy them. Apart from God’s grace, the evil tide will sweep them away, as displayed by the ease and speed by which ungodly and unscientific views dominating the media and academics manipulate and influence the culture at-large.

In light of the brevity of our earthly life and our unending existence in the hereafter, all issues are ultimately spiritual and reduce to our relationship with our Creator. We may comfort ourselves with talk of “leaving a legacy,” or “immortality” through our accomplishments, influence, progeny, etc., but none of this means anything if we spend eternity under God’s righteous judgment. Christ put it this way, “For what is a man profited, if he shall gain the whole world, and lose his own soul? or what shall a man give in exchange for his soul?” (Matthew 16:26).

God gives all things ultimate meaning and purpose, while the world prefers trivialities and the godless life described by Solomon: “Vanity of vanities, saith the Preacher, vanity of vanities; all is vanity. What profit hath a man of all his labor which he taketh under the sun?” (Ecclesiastes 1:2-3). Apart from God, everything reduces to “sound and fury signifying nothing.”[1] Yet, spiritual and willful blindness cries, “give me nothing!” Too bad such folly does not remain at home; it occupies the highest echelons of power and influence, inflicting its terrible fruit on everyone else. And in more irony, its victims prefer it to the goodness of God.

In the end, people get what they want and deserve, while those made right with God by the saving work of Christ are spared the just deserts for their sin because He bore the penalty of their rebellion on the cross. He completed what the Old Testament Tabernacle and Temple ceremonies and sacrifices foreshadowed; or, as John the Baptist said at his first sight of Jesus, “Behold the Lamb of God, which taketh away the sin of the world” (John 1:29). Monumental, amazing, infinitely kind and gracious, and the world can’t stand the sound of His name. “He came unto his own, and his own received him not” (John 1:11). But, “as many as received him, to them gave he power to become the sons of God, even to them that believe on his name” (John 1:12). The answer to spiritual blindness is new life through faith in Jesus the Messiah, in whom we gain (among many other important things) understanding of God’s explanation of Himself and reality as revealed in Scripture, a proper view of this life relative to eternity, and insight into the nature of the evil that would seek to destroy us. 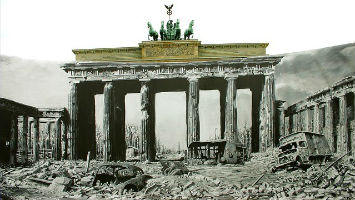 Yes, I Want a PDF of “Spiritual Blindness and the Twilight of the West”