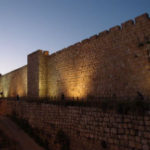 “Woe to those who go down to Egypt for help, and rely on horses, and trust in chariots because they are many, and in horsemen because they are very strong, but they do not look to the Holy One of Israel, nor seek the LORD!” (Isaiah 31:1).

Created and redeemed by God, we owe Him all love and honor and depend on Him for all things, including deliverance from our enemies. Indeed, “Unless the LORD builds the house, they labor in vain who build it; unless the LORD guards the city, the watchman keeps awake in vain” (Psalm 127:1).

Israel had a problem. Though chosen by God from among the nations, delivered from slavery in Egypt, and living in the Promised Land, the powerful and ruthless Assyrians gathered at the gate. It appeared that Israel was next on their list of nations doomed to destruction. Outnumbered, out-gunned, and terrified, Israel turned to Egypt for help, a formidable fighting machine with an impressive force of chariots, the lethal tanks of the day. From a military standpoint, it seemed a wise move, but was it?

“Woe!” came the verdict in a dreadful warning of impending doom for ignoring God and turning to Egypt for deliverance. To understand Israel’s folly, consider how God destroyed Egypt in an amazing display of strength and favor toward His chosen people, including the parting of the Red Sea and the destruction of Pharaoh’s army. No kingdom could withstand the infinite power of God, including Assyria. But in a painful irony, Israel ignored their mighty Savior to seek deliverance by the nation God once destroyed on their behalf. In other words, they sought deliverance by those destroyed by their Deliverer in their previous deliverance. And if that sounds convoluted, it should.

When Moses led Israel into the wilderness, God made a conditional covenant that promised blessings for obedience and curses for disobedience. Israel heartily agreed with their well-meaning and common refrain, “All that the LORD has spoken we will do!” (Exodus 19:8, et al). But once God gave them victory over their enemies and peace in a land flowing with milk and honey, they chased after other gods and invited punishment according to the terms of the covenant. When they cried to God in repentance, however, He restored and blessed them. This pendulum swing between blessing and judgment characterized the history of Israel’s relationship with God.

Israel saw God’s power, mercy, and grace in His abundant blessings and destruction of their enemies. Yet, when confronted with the Assyrian army, they trusted in chariots and ignored the Holy One of Israel—with terrible results.

Yet He also is wise and will bring disaster, and does not retract His words, but will arise against the house of evildoers, and against the help of the workers of iniquity. Now the Egyptians are men, and not God, and their horses are flesh and not spirit; so the LORD will stretch out His hand, and he who helps will stumble and he who is helped will fall, and all of them will come to an end together (Isaiah 31:2-3).

God could have easily destroyed any army to protect His beloved people. But, instead of more blessings and displays of God’s power on their behalf, foolish, forgetful, and self-willed Israel, along with her would-be deliverer, suffered under the heavy hand of God’s judgment for their sin.

Like Israel, we stand or fall with the ultimate object of our trust. We stand when we hold fast to the One who never fails or falters, regardless of the size of the army at the gates. We fall when we lean on a broken reed that cannot bear the weight we impose on it. And should the armies breach the wall and take our lives, they merely send us into the loving arms of the One who will have the last word. He took our punishment and made us His bride at infinite cost to himself—He can be trusted with everything, including our brief transition to glory at the hands of wicked men. “If God be for us, who can be against us? He that spared not his own Son, but delivered him up for us all, how shall he not with him also freely give us all things?” (Rom. 8:31-32 KJV).

In Christ we live free from the harsh conditions of the Old Covenant God made with Israel, even as Christ has met every condition required for our eternal happiness. United to Christ by saving faith, the promises of the New Covenant belong to us forever. Yet, we have much to learn from God’s relationship with Israel, as the ultimate issue remains the same for all of us—In whom do we trust? And as we live secure in Christ, where do we turn in the face of temptation or when the barbarians gather at the gate? “Some trust in chariots, and some in horses: but we will remember the name of the LORD our God” (Psalm 20:7 KJV). 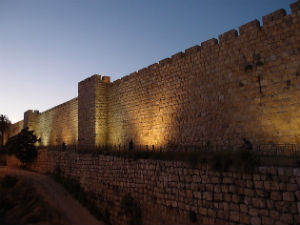 Yes, I Want a PDF of “Barbarians at the Gate: Where Do We Turn?”