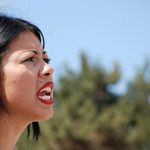 “Do all things without grumbling or disputing; that you may prove yourselves to be blameless and innocent, children of God above reproach in the midst of a crooked and perverse generation, among whom you appear as lights in the world” (Philippians 2:14-15). Would you be happier with a different house, career, spouse, car, commute, credential, ability, personality, hairline, waistline…? Perhaps. Or, perhaps not, if Israel’s response to God’s deliverance from Egypt is any indication.

Israel’s many complaints in the wilderness followed one of the most dramatic displays of God’s power and goodness toward His people in the history of mankind, second only to the saving work of Christ. Yet, the same people who once cried for deliverance from the whip of Pharaoh soon begged to return to slavery the moment they grew thirsty or weary of manna burgers. “The food was better in Egypt,” went the refrain. Unfortunately, the discontent in the desert too often resembles our own as a people delivered from the cruel bondage of Satan into God’s kingdom of light. What, then, can we learn from God’s response to the complaints of His people in the wilderness?

For one, God hates complaining. “Now the people became like those who complain of adversity in the hearing of the Lord; and when the Lord heard it, His anger was kindled, and the fire of the Lord burned among them and consumed some of the outskirts of the camp” (Numbers 11:1). God left nothing to doubt about His view of grumbling. Aaron and Miriam also learned the lesson when they murmured about God’s appointment of Moses as their leader. “The anger of the Lord burned against them and He departed. But when the cloud had withdrawn from over the tent, behold, Miriam was leprous as white as snow” (Numbers 12:9). Never again do we read of Miriam complaining. Why, then, does God hate complaining? And why did He respond with such severity? The answer lies with the relationship of discontent to unbelief.

God led Israel out of Egypt into the wilderness, provided manna for their food, and could easily have given them daily banquets if He so desired. Thus, while their complaints spoke of Moses, they ultimately blamed God. Perhaps they assumed God was unaware of their needs and wants, or that He didn’t have their best interests in mind in providing such a limited menu, or maybe He didn’t know how to manage such a large group (unlike Pharaoh, to whom they were so eager to return). Deliverance from Egypt clearly displayed God’s wisdom, power, and love for His people, but properly caring for them in the wilderness? A bridge too far. Their attitude and actions impugned God’s perfect character and displayed a lack of trust and honor toward their creator and provider. In short, they rejected God.

And say to the people, ‘Consecrate yourselves for tomorrow, and you shall eat meat; for you have wept in the ears of the Lord, saying, “Oh that someone would give us meat to eat! For we were well-off in Egypt.’” Therefore, the Lord will give you meat …until it comes out of your nostrils and becomes loathsome to you; because you have rejected the Lord who is among you and have wept before Him, saying, ‘Why did we ever leave Egypt?’”(Numbers 11:18-20).

Moreover, Israel lacked a proper appreciation of God’s grace. God was no more obligated to deliver them from bondage in Egypt than to choose them to be His special people in the first place. His favor toward them (and to us) was entirely undeserved. The proper response to God’s goodness should have been love, gratitude, and obedience. But how quickly they forgot God’s power and favor toward them in the ten plagues, the parting of the Red Sea, and the destruction of Pharaoh’s army under its waters. Instead, they asked, in effect, “What have you done for me lately?” And implied, “Saving our lives, the lives of our families, and the destruction of our taskmasters were certainly nice gestures, but at least slavery and abuse came with garlic, onions, leeks, and melons!” Short memories, impatience, and confused priorities aside, would not the God who destroyed Pharaoh for their benefit take better care of them than their former abusers?

God responded to Israel’s complaints with anger and punishment. Their discontent betrayed poor views of their provider and a meager understanding and appreciation of His grace. And what about us? How often do we imitate this? When tempted to gripe about our circumstances, when things do not go according to our plans and desires, we do well to remember God’s response to His wayward people in the desert. “Now these things happened as examples for us, that we should not crave evil things, as they also craved…. Nor grumble, as some of them did, and were destroyed by the destroyer” (1 Corinthians 10:6, 10). We must trust the perfect character of God for our needs, and rejoice in His mercy and grace to us, His children, doing all things without complaining or arguing. After all, “If God is for us, who is against us? He who did not spare His own Son, but delivered Him up for us all, how will He not also with Him freely give us all things?” (Romans 8:31-32). 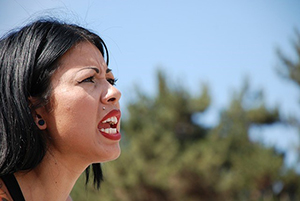 Yes, I Want a PDF of “Don’t Gripe Against God”