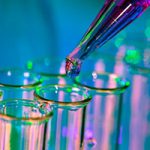 I love science. By God’s grace, the many discoveries of scientists observing and using the stuff of God’s world have enriched our lives, cured diseases, improved our longevity, expanded our capacity to do things, and increased our comforts and standard of living in a great many ways. Science is marvelous.

People often ask, is the Bible compatible with science? Answers vary from an unqualified yes to an emphatic no, with shades of gray between. But, does the question itself make sense? It makes sense if we ask if the Bible’s explanation of the origin and history of the world agrees with the opinion of the majority of scientists. It also makes sense to ask if the existence of a Creator and Sustainer of all things, who orders history and performs miracles beyond what we can explain by observation and testing, is compatible with the conclusions some scientists draw from what they observe in the universe. Yet, merely asking if the Bible is compatible with science makes little sense. It treats “science” as a body of uniform interpretations and conclusions that speak with final authority about ultimate questions and history when science is an activity performed by finite and fallible people—people that draw different conclusions about things they can observe and test, and that hold different opinions about things they cannot observe and test (such as the origin of the universe, life, history, and “natural laws”). The “Bible versus science” question, as usually stated, avoids or disguises this critical point.

Science has no authority and existence of itself; it is something done by scientists employing the scientific method, or “the recognition and formulation of a problem, the collection of data through observation and experiment, and the formulation and testing of hypotheses.” [1] But, again, notice an important facet of science and the scientific method—it is done by people.

No people—no science. In a sense, then, “science” does and says nothing. People say things about the data they observe, test, and interpret. Moreover, people propose answers to questions beyond the ability of scientists to know by the scientific method, exposing the problem of human limitations and what can be known by observing and testing things. Given the magnificent nature of the material with which we are given to work, we can accomplish great things. Matter and energy can be utilized and manipulated because they have been designed and sustained with amazing properties, including the ordered and consistent nature of their existence and operation. Scientists cannot make a single cell, blade of grass, or any living thing, but they can learn their properties and manipulate them to kill insects and cure diseases. Thus, because the universe does not operate according to mere time and chance, scientists depend on the genius of the Designer, Creator, and Sustainer of the material with which they work—science is only possible because God exists and orders the world. Of course, believing and unbelieving scientists may accept or reject this view, but science, per se, says nothing.

Moreover, scientists cannot go beyond their limitations to explain the origin, reason, and destination of the world they study. Our senses cannot know such things and our imagination can only speculate. Nonetheless, many scientists speak and write with confident and presumed authority, as if their accomplishments in observing and manipulating the elements of the world qualify them to make pronouncements about things they cannot know (without God’s revelation), or cannot demonstrate by the scientific method.

The cosmonaut who claimed he did not see God through the window of his space capsule had no better platform to see God than the stargazer in his backyard or the child playing in the basement (God is infinite spirit and cannot be seen unless He reveals Himself). Scientists have no better view of how or why we are here than the football player or car salesman. They can better describe the properties of the objects they study, having viewed them in a microscope or manipulated them to make a product, but they are unqualified to speak of ultimate realities beyond their limited perspective. Nonetheless, many write thick books claiming to know what they cannot possibly know (apart from God’s explanation), and chide others for not granting legitimacy to their unfounded speculations. They appeal to the nebulous but all-knowing “science” as if it exists as an entity distinct from the people who conduct it, the same folks who cannot remember where they put their argyle socks and wonder why their kids don’t view their opinions as divine oracles (problems in no way exclusive to scientists). The limits of “science” are the limitations of the people who conduct it.

Lastly, scientists discover things, but interpret them according to their pre-existing beliefs about God, mankind, reality, and the nature of truth and how it can be known, each founded on faith in God’s explanation in the Bible or human opinion as the ultimate standard of truth. Answers to ultimate questions beyond the scope of the scientific method are driven by trust in one of these two “authorities.”

Therefore, we should not be surprised when those hostile to the Creator to whom we owe all love, honor, and obedience, offer answers to ultimate questions that explain God out of existence and hide behind the misleading veil of “science” to disguise guesswork driven by an agenda. Like the rest of us mere mortals, scientists not only have a limited perspective, they suffer from sin and the tendency to interpret reality to support their beliefs. And while unwarranted opinions give no credible information about ultimate realities, they reveal the bias of unbelief when they contradict scientific principles to make claims that cannot be known by the scientific method. In the end, “Holy, Holy, Holy, is the LORD of hosts, the whole earth is full of His glory” (Isaiah 6:3). To say otherwise has nothing to do with science. 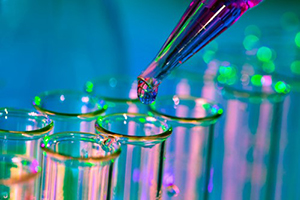 Yes, I Want a PDF of “The Opinions of Science or Scientists?”