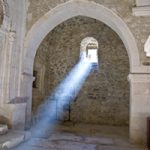 Many experiencing intense religious affections during the Great Awakening traced their experience to “some extrinsic and supernatural power upon their minds.” [1] Supposing the source to be outside themselves and produced by other than natural means, they concluded it must be from God. Others took an opposite view, believing the “manner of the Spirit of God is to co-operate in a silent, secret, and undiscernible way with the use of means, and our own endeavors; so that there is no distinguishing by sense between the influences of the Spirit of God and the natural operations of the faculties of our own minds.” [2] Thus, they denied that the Holy Spirit could be the source of such “supernatural” experiences. Edwards acknowledged the possibility of either a natural or divine source and therefore viewed the experience as an “uncertain sign” of a work of God.

Since God is “supernatural,” it follows that His work in our life would appear as such, as coming from beyond us. “If grace be indeed owing to the powerful and efficacious operation of an extrinsic agent, or divine efficient out of ourselves, why is it unreasonable to suppose it should seem to be so to them who are the subjects of it? Is it a strange thing that it should seem to be as it is?” [3] Indeed, Scripture relates God’s work in the heart to things that God alone can accomplish, that display His infinite power, such as being born again, raised from the dead, given sight, and “being brought out of nothing into being.” [4]

Moreover, “It is God’s manner, in the great works of His power and mercy which He works for His people, to order things so as to make His hand visible, and His power conspicuous, and men’s dependence on Him most evident, that no flesh should glory in His presence.” [5] For instance, consider God’s display of His might in delivering Israel from Egypt, in Gideon’s victory over the Midianites with his light brigade, David’s defeat of Goliath, the calling of the Gentiles, and the many dramatic conversions in the New Testament. [6] “God hath chosen the weak things of the world to confound the things which are mighty…that no flesh should glory in his presence” (1 Corinthians 1:27, 29). “We have this treasure in earthen vessels, that the excellency of the power may be of God, and not of us” (2 Corinthians 4:7).

While God often does make His power conspicuous, He also works in secret ways. “Sometimes He operates in a way more secret and gradual, and from smaller beginnings, than at others.” [7] For instance, we often see our spiritual growth in hindsight, after a fair amount of time. Moreover, God has ordained human responsibility in the process: “For any to expect to receive the saving influences of the Spirit of God while they neglect a diligent improvement of the appointed means of grace [Bible study, prayer, etc.], is unreasonable presumption.” [8] We cannot expect to grow when we neglect what God has provided for our growth.

Also, Satan and demons can produce “supernatural” effects disguised as something good.

There are other spirits who have influence on the minds of men besides the Holy Ghost. We are directed not to believe every spirit, but to try the spirits whether they be of God. There are many false spirits, exceeding busy with men, who often transform themselves into angels of light, and do in many wonderful ways, with great subtlety and power, mimic the operation of the Spirit of God. And there are many of Satan’s operations, which are very distinguishable from the voluntary exercises of men’s own minds.” [9]

In fact, the father of lies does his most destructive work in imitating and perverting the things of God.

In addition, the Holy Spirit also works in common and non-saving ways. For instance, people can be “enlightened” (Hebrews 6:4) and experience aspects of the Spirit’s work, such as conviction of sin and the blessings of fellowship, without coming to a saving faith in Christ.

Lastly, some people are more susceptible to deceptive “impressions” on their minds than others.

We see that such persons are liable to such impressions about temporal things; and there is equal reason why they should about spiritual things. As a person who is asleep has dreams that he is not the voluntary author of; so may such persons in like manner be the subjects of involuntary impressions when they are awake.” [10]

We cannot trust everything that pops into our head because it seems to be from a supernatural origin.

God dramatically saves and changes lives. Yet, our limitations and the remaining sin within us hinder our interpretations of the things of the heart, for it is “deceitful above all things, and desperately wicked: who can know it?” (Jeremiah 17:9). Moreover, Satan transforms himself into an angel of light and disguises his deceptions to lead us astray” (2 Corinthians 11:14). Therefore, that something seems to be from a source beyond us does not prove that it came from God—something more is needed. That “something more,” what Edwards calls “distinguishing signs” of gracious affections, will be discussed later in this series.

Next, we’ll examine why religious affections are not necessarily the work of God because they come with texts of Scripture brought “remarkably” or seemingly supernaturally to the mind. 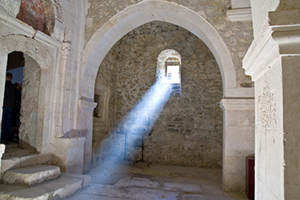 Yes, I Want a PDF of “Uncertain Sign Four: That Affections Seem to Be from an External Supernatural Source”