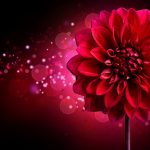 Edwards begins the discussion of sign ten with the caveat that perfection awaits us in heaven, a truth that applies to every distinguishing sign. We have all carried into our new and transformed life in Christ a trainload of unholy baggage, including bad habits, wrong thinking, character weaknesses, etc. Nonetheless, the extraordinary change that comes with saving faith in Christ includes a harmonious balance of true religious affections. [1]

Believers are recreated in the whole image of Christ, receiving every grace He purchased for us. [2] Therefore, those united to Christ by faith reflect “something of the same beautiful proportion in the image which is in the original,” as “there is a symmetry and beauty in all of God’s workmanship.” [3] “The natural body, which God hath made, consists of many members; and all are in a beautiful proportion. So it is in the new man, consisting of various graces and affections.” [4]

Some false believers have great confidence that God loves them supremely, but lack a proper reverence and fear of dishonoring Him by sin. In believers, however, joy and fear exist together with “godly sorrow and mourning for sin,” such as when Christ’s disciples discovered the empty tomb: “they departed quickly from the sepulcher, with fear and great joy” (Mat. 28:8). [5] “Blessed are they that mourn; for they shall be comforted” (Matt. 5:4). A sense of the beauty of holiness laments the ugliness of sin.

Toward God and people. Affections give evidence of being false when they attend claims of great love to God and Christ without a love or desire for the good of other people. [6] “If someone says, ‘I love God,’ and hates his brother, he is a liar; for the one who does not love his brother whom he has seen, cannot love God whom he has not seen” (1 John 4:20 NAS).

Toward friends and adversaries. Some people only love those “that approve of them, love them and admire them,” but strongly reject and fight against those that do not. [7] But, this comes natural to a child of Adam. “For if you love those who love you, what reward have you? Do not even the tax-gatherers do the same?” (Matt. 5:46 NAS).

Toward people near and far. Some profess love and concern for friends, neighbors, and even believers they have never met, but neglect their God-given responsibility to love their own spouse and children. [8] True affections maintain a better order and balance of priorities.

Toward physical and spiritual needs of people. Some give generously to meet physical needs but neglect the greater needs of the soul. Others feign concern for the souls of people while ignoring physical needs because “a great show of love, pity, and distress for souls, costs them nothing.” [9] Christ, however, ministered to spiritual and physical needs (the former being the most important), and calls us to do likewise.

Toward others and ourselves. Religious affections become suspect when people are more bothered by the apathy and character defects of other Christians than by their own faults and sins. [10] Godly zeal shows a proper concern and opposition to the ruling and destructive sins of others, but retains the priority of opposing their own. [11]

When people claim great spiritual achievements, but have yet to grasp the most basic elements of the Christian life, they fool themselves and others. For instance, if someone claims to be willing to suffer eternal damnation for God’s glory, yet refuses to endure the least inconvenience or loss to their worldly possessions or reputation, the assertion is meaningless. [12]

Similarly, true religious affections desire and pursue the most vital spiritual concerns, while false affections neglect essentials and chase after things of less importance. [13] Moreover, some that are zealous and quick to proclaim their experiences show little interest in proper Christian priorities, such as “pouring out of the soul before God in secret, earnest prayer and praise to Him, and for more conformity to Him, and living more to His glory, etc.” [14]

Ecstatic affections for God that regularly give way to unspiritual worldliness and disinterest in God and spiritual things show themselves untrustworthy or false. For example, Israel praised God’s rescue at the Red Sea, but quickly yearned for Egypt and worshipped a golden cow. Truly gracious affections, however, are of a more consistent and steadfast nature. “For he shall be as a tree planted by the waters, and that spreadeth out her roots by the river, and shall not see when heat cometh, but her leaf shall be green; and shall not be careful in the year of drought, neither shall cease from yielding fruit” (Jer. 17:8). [15]

Many make a great show of love for God in the presence of others but have little “close meditation, secret prayer, and conversing with God, when alone and separated from all the world.” [16] “The hypocrite (says Mr. Flavel) is not for the closet, but the synagogue…. It is not his meat and drink to retire from the clamour of the world, to enjoy God in secret.” [17]

The Lord is neglected secretly, yet honoured openly; because there is no wind in their chambers to blow their sails; and therefore there they stand still. Hence many men keep their profession when they lose their affection. They have by the one a name to live (and that is enough) though their hearts be dead. And hence so long as you love and commend them, so long they love you; but if not, they will forsake you. They were warm only by another’s fire, and hence, having no principle of life within, soon grow dead. This is the water that turns a Pharisee’s mill. [18]

During the height of the Awakening, people admired and gave a platform to those boasting of extraordinary religious experiences. But when the heat of the revival died down, and the honor given those claiming great experiences diminished or disappeared, the spiritual zeal of many grew cold as they turned their attention to worldly things. A true love for God, however, abides whether or not one is admired for it.

Next up: “False affections rest satisfied in themselves.” 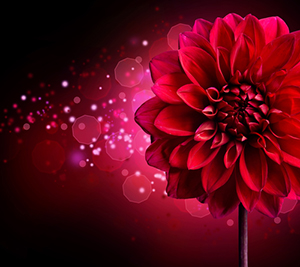 Yes, I Want a PDF of “Distinguishing Sign Ten: Gracious Affections Have a Beautiful Symmetry”