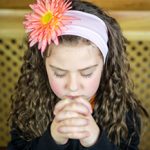 False affections, even those derived from a fear of God’s judgment for sin, ultimately harden the heart and dull the conscience, making them less sensitive to sin and its deserved condemnation. True affections have the opposite effect, increasing a fear and disgust of sin from a sense and love of the beauty of holiness. A fear of God that stops short of true saving faith, or a fear of God relieved from deceptive experiences masquerading as conversion, ultimately lead to greater sinfulness and an immunity to Scripture’s warnings against moral evil.

The fear of eternal condemnation by a just and holy God may produce a great fear of sin and, for a time, an abundance of outward moral behavior. The fear of judgment restrains sin. But, the restraint disappears through the deception of a conversion apart from faith in Christ, from the mistaken belief that one has been saved forever by a great experience, such as a vision of Christ and texts of Scripture coming to mind. The fear of judgment against sin thus removed, the unbeliever becomes immune to Scripture’s admonitions against sin. Lacking the new sense that sees and loves the beauty of God’s holiness, and relieved of the fear of God’s condemnation for sin, the results are predictable—the deception of a false conversion eventually bears ugly fruit. The deceived unbeliever becomes

less affected with their present and past sins, and less conscientious with respect to future sins, less moved with the warnings and cautions of God’s word or God’s chastisements in His providence, more careless of the frame of their hearts and the manner and tendency of their behaviour, less quick-sighted to discern what is sinful, less afraid of the appearance of evil, than they were while they were under legal awakenings and fears of hell. [1]

In a perverse role reversal, the One who saves the believer from their sins becomes for the falsely converted a savior to allow unbelievers to sin all the more, an advocate to keep God at bay as they pursue their lusts. Even as they “make a great profession of love to God, and assurance of His favour, and great joy in tasting the sweetness of His love,” they “trust Christ to preserve to them the quiet enjoyment of their sins, and to be their shield to defend them from God’s displeasure.” [2]

These men “crept in unawares, who were before of old ordained to this condemnation, ungodly men, turning the grace of our God into lasciviousness, and denying the only Lord God, and our Lord Jesus Christ” (Jude 4). True grace never leads to license. A false grace, or true grace assumed in a false conversion (lacking saving faith in Christ), including the false affections that flow from them, lead to worldliness and an apathetic, unholy life.

A false conversion lacks the new nature and sense of the beauty of God’s holiness and therefore cannot see the hideous nature of sin. False believers may no longer fear hell, but they lack the childlike fear of displeasing God from a heart of true love for His infinite excellence and moral beauty. The believer, however, has become tender toward God, His commands, and others.

Edwards likens the heart of the believer to that of a child, whose heart is compliant, sympathetic, easily moved to tears by the hurts of others, grieved by evil and miseries, and moved by goodness received. In the face of great adversaries, he knows his weakness and runs to his mother and father for safety, and is “suspicious of evil in places of danger, afraid in the dark, afraid when left alone, or far from home.” He looks up to superiors and desires to please them, fearing their disappointment and anger. So are God’s children toward others, the things of the world, and toward God as their loving Father. [3]

True grace, then, not only stimulates Christian joy and hope, [4] it improves the conscience and “makes it more able thoroughly to discern the sinfulness of that which is sinful, and to receive a greater conviction of the heinous and dreadful nature of sin.” [5] The false affections of a false conversion ultimately deaden sensitivity and concern for sin. Presuming God’s condemnation no longer applies, the unbelieving heart remains blind to the beauty of holiness, void of a true love of God for His holy excellence, blind to the ugliness of sin, and dead to a childlike desire please God, without the fear of dishonoring Him.

Christ purchased the believer’s privilege to boldly approach God in prayer and worship. Yet, the boldness of entering God’s holy presence stands in contrast to our previous alienation and separation from Him and never denies the need for reverence and humility. “No boldness in poor sinful worms of the dust, that have a right sight of God and themselves, will prompt them to approach to God with less fear and reverence than spotless and glorious angels in heaven, who cover their faces before his throne.” [6] “Gracious affections do not tend to make men bold, forward, noisy, and boisterous; but rather to speak trembling….It tends to clothe them with a kind of holy fear in all their behaviour towards God and man.” [7] Edwards has in mind some of the loud, ostentatious, and proud itinerant preachers of the Great Awakening.

There is in some persons a most unsuitable and insufferable boldness, in their addresses to the great Jehovah, in an affectation of a holy boldness, and ostentation of eminent nearness and familiarity; the very thoughts of which would make them shrink into nothing, with horror and confusion, if they saw the distance that is between God and them. They are like the Pharisee, that boldly came up near in a confidence of his own eminency in holiness. [8]

Edwards never denies that true saints can freely approach God with the loving familiarity of a child to a father. But, even as God’s beloved children, we come to Him with the reverence He deserves. “Serve the LORD with fear, and rejoice with trembling” (Psalm 2:11).

Next up: Gracious affections have a beautiful symmetry. 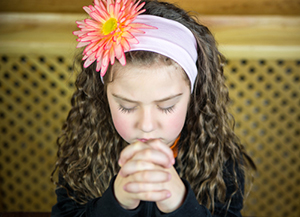