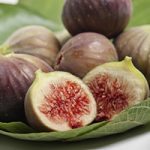 In our study of Edwards’ analysis of Christian practice, we now turn from how Christian works give evidence to others of a saving work of the Holy Spirit, to how the same works form the greatest evidence of saving faith to our own conscience.

The Bible presents Christian works as “a distinguishing and sure evidence of grace” to the believer’s conscience. “And by this we know that we have come to know Him, if we keep His commandments” (1 John 2:3 NAS). “Little children, let us not love with word or with tongue, but in deed and truth. We shall know by this that we are of the truth, and shall assure our heart before Him” (1 John 3:18-19 NAS). [1]

For God is not unjust so as to forget your work and the love which you have shown toward His name, in having ministered and in still ministering to the saints. And we desire that each one of you show the same diligence so as to realize the full assurance of hope until the end (Heb. 6:10-11 NAS). [2]

The heart behind our actions provides the main evidence to our conscience that our faith is true. Our actions cannot be separated from the intent of our heart that produce them. Therefore, when God views our actions, “He looks at the practice of the soul; for the soul is the man in God’s sight.” [3] And when our works flow from a heart of love to God, the same love gives direct evidence to our soul that our faith is true. [4] Our actions display the “exertion of grace in the will, directing and commanding the actions of the body.” [5] Thus, God judges our works by the heart behind them. “I, the LORD, search the heart, I test the mind, even to give to each man according to his ways, according to the results of his deeds” (Jer. 17:10 NAS). “I am He who searches the minds and hearts; and I will give to each one of you according to your deeds” (Rev. 2:23 NAS).

The nature of a heart is seen by its choices. “When a man is at liberty whether to walk or sit still, the proper proof of his having a heart to walk, is his walking. Godliness consists not in a heart which intends to do the will of God, but in a heart which does it.” [6] “It is therefore exceedingly absurd, and even ridiculous, for any to pretend that they have a good heart, while they live a wicked life.” [7] God rebuked Israel for proclaiming their fidelity and intent to obey while they habitually ignored His commands. “I have heard the voice of the words of this people which they have spoken to you. They have done well in all that they have spoken. ‘Oh that they had such a heart in them, that they would fear Me, and keep all My commandments always” (Deut. 5:28-29 NAS)

“Holy practice, under trials, is the highest evidence of the sincerity of professors to their own consciences.” [8] God does not test us to gain knowledge for Himself, but uses trials to show us the nature of our heart. [9] Like gold, we best know our faith once it has been clarified in God’s furnace. We know the strength of a building when it withstands the wind. We know true wheat from chaff by its winnowing, or the strength of a staff by the weight it can bear. To weigh ourselves rightly, “we must weigh ourselves in the scales that God makes use of to weigh us.” [10]

The perfection of a tree is not in the planting of the seed, its sprouting, growth, and the forming leaves and blossoms, but in producing fruit. [11] “If we would see the proper nature of anything whatsoever, and see it in its full distinction from other things, let us look upon it in the finishing of it.” [12] In Abraham’s offering of Isaac, “faith was working with his works, and as a result of the works, faith was perfected” (James 2:22 NAS). “The one who says, ‘I have come to know Him,’ and does not keep His commandments, is a liar, and the truth is not in him; but whoever keeps His word, in him the love of God has truly been perfected” (1 John 2:4-5 NAS). “No one has beheld God at any time; if we love one another, God abides in us, and His love is perfected in us” (1 John 4:12 NAS). [13]

Holy practice “is ten times more insisted on as a note of true piety throughout the Scripture, from the beginning of Genesis to the end of Revelation, than anything else.” [14] And love, expressed by action, tops the list. [15] “We know that we have passed out of death into life, because we love the brethren” (1 John 3:14 NAS).

The Spirit through John, says: “And by this we know that we have come to know Him, if we keep His commandments. The one who says, ‘I have come to know Him,’ and does not keep His commandments, is a liar” (1 John 2:3-4 NAS). “Little children, let us not love with word or with tongue, but in deed and truth. We shall know by this that we are of the truth, and shall assure our heart before Him” (1 John 3:18-19 NAS). “By this the children of God and the children of the devil are obvious: anyone who does not practice righteousness is not of God, nor the one who does not love his brother” (1 John 3:10 NAS).

God knows everything. Thus, in His judging the hearts of mankind, “in the day of wrath and revelation of the righteous judgment of God” (Rom. 2:5 NAS), He will not seek information to form an opinion, but will reveal the righteousness of His judgment. [16] “I, the LORD, search the heart, I test the mind, even to give to each man according to his ways, according to the results of his deeds” (Jer. 17:10 NAS). “And if you address as Father the One who impartially judges according to each man’s work, conduct yourselves in fear during the time of your stay upon earth” (1 Pet. 1:17 NAS). “Behold, I am coming quickly, and My reward is with Me, to render to every man according to what he has done” (Rev. 22:12 NAS). [17]

“Christian practice is the most proper evidence of the gracious sincerity of professors, to themselves and others; and the chief of all the marks of grace, the sign of signs, and evidence of evidences, that which seals and crowns all other signs.” Indeed, the best evidence of a fig tree is it produces figs. [18] Edwards warns us to give biblical principles the attention and importance that Scripture gives to them.

God knew which way of leading and guiding souls was safest and best for them: He insisted so much on some things, because He knew it to be needful that they should be insisted on; and let other things more alone as a wise God, because He knew it was not best for us so much to lay the weight of the trial there….And for us to make that great which the Scripture makes little, and that little which the Scripture makes great, tends to give us a monstrous idea of religion; and (at least indirectly and gradually) to lead us wholly away from the right rule, and from a right opinion of ourselves, and to establish delusion and hypocrisy. [19] 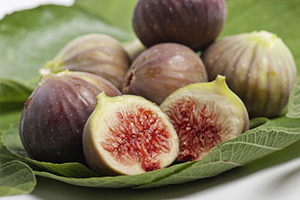