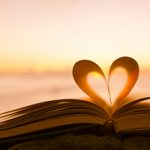 As we come to the last two articles in our study of Religious Affections, Edwards addresses two possible objections to the doctrine that Christian practice is the chief of all signs of saving grace. The first objection asserts that Christian works as the main sign of true religious affections contradicts Edwards’ emphasis throughout Affections that the greatest evidence of God’s saving work in a believer involves the inward experience of the heart. [1]

On the one hand, those professing faith in Christ should “judge their state chiefly by their inward experience” because “spiritual experiences are the main evidences of true grace.” [2] But, this does not deny that Christian practice forms the chief evidence of grace in the heart. Rather, the godly motives behind our actions give evidence to our conscience of the Holy Spirit’s work in the soul.

For Edwards, conduct cannot be separated and distinguished from inward experience. Since our outward actions are directed by and determined by the will, they should be seen as “secondary” as “dependent” on “the acts of the soul.” [3] And while some inward experiences involve no action, such as meditation on a passage of Scripture, every action involves the heart. [4] Thus, inward operations of the soul are no less heart-felt Christian experience because they generate outward action. [5]

Though Christianity is foremost a relationship of the heart between God and man, holy practice forms the most important and distinguishing part of this inward spiritual experience. “‘Did not your father eat and drink, and do justice and righteousness? Then it was well with him. He pled the cause of the afflicted and needy; Then it was well. Is not that what it means to know Me?’ Declares the LORD” (Jer. 22:15-16 NAS). “For God is my witness, whom I serve with my spirit in the gospel of his Son, that without ceasing I make mention of you always in my prayers” (Rom. 1:9). “For our proud confidence is this, the testimony of our conscience, that in holiness and godly sincerity, not in fleshly wisdom but in the grace of God, we have conducted ourselves in the world” (2 Cor. 1:12 NAS). “For this is the love of God, that we keep his commandments” (1 John 5:3).

But in all things approving ourselves as the ministers of God, in much patience, in afflictions, in necessities, in distresses, in stripes, in imprisonments, in tumults, in labours, in watchings, in fastings; By pureness, by knowledge, by longsuffering, by kindness, by the Holy Ghost, by love unfeigned, by the word of truth, by the power of God, by the armour of righteousness on the right hand and on the left (2 Cor 6:4-7).

“And for this purpose also I labor, striving according to His power, which mightily works within me” (Col. 1:29-2:1 NAS). Inward love to God appears outwardly in our actions and pursuits.

True Christian practice, then, involves the experience and the heart. Indeed, according to Edwards, religious activity apart from new life in Christ is “good for nothing,” while religious experience with no change in behavior is “worse than nothing.” [6] True faith in Christ involves the affections, while the holy actions that flow from them display their holy nature. The strength of affections between two friends is best seen when they “carry them through fire and water for each other.” [7]

The Holy Spirit dwells in us as a “pledge,” giving inward witness that we are sons of God (2 Cor. 5:5 NAS). “This seal of the Spirit is the highest kind of evidence of the saints’ adoption that ever they obtain.” [8] At the same time, the Spirit’s witness displays itself most visibly in our obedience under severe difficulties. The suffering church and “the full assurance and unspeakable joys of many of the martyrs” give abundant testimony “that Christ commonly gives, by His Spirit, the greatest and most joyful evidences to His saints of their sonship in those effectual exercises of grace under trials.” [9] “If you are reviled for the name of Christ, you are blessed, because the Spirit of glory and of God rests upon you” (1 Pet. 4:14 NAS).

For you have not received a spirit of slavery leading to fear again, but you have received a spirit of adoption as sons by which we cry out, ‘Abba! Father!’ The Spirit Himself bears witness with our spirit that we are children of God, and if children, heirs also, heirs of God and fellow heirs with Christ, if indeed we suffer with Him in order that we may also be glorified with Him. For I consider that the sufferings of this present time are not worthy to be compared with the glory that is to be revealed to us (Rom. 8:15-18 NAS).

“He who has an ear, let him hear what the Spirit says to the churches. To him who overcomes, to him I will give some of the hidden manna, and I will give him a white stone, and a new name written on the stone which no one knows but he who receives it” (Rev. 2:17 NAS)

Next up: Do Christian works as the chief evidence of God’s grace in the heart contradict the doctrine of justification by grace through faith alone? 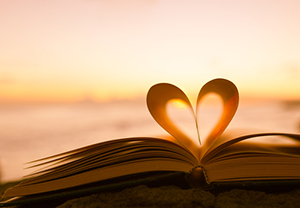