They walk into a store and observe a display of smart phones. The atheist says, “No one designed these, and people who say their design implies a designer deny science and discourage the pursuit of knowledge.” The agnostic, playing a video game, says, “Perhaps a designer of phones exists, but I have never seen one and science cannot prove they exist.”

They walk into an art museum and observe a beautiful painting. The atheist says, “People who claim a skillful artist must have created this exquisite portrait are naive, unreasonable, and unscientific. Beautiful art does not imply an artist.” The agnostic says, “Perhaps an artist exists, but the majority of scientists don’t believe in one.”

Absurd, you say? Yes, even ridiculous, but infinitely less so than denials of God in the midst of the comprehensive, conspicuous, compelling, and convincing evidence of His power and genius in every created thing.

The wrath of God is revealed from heaven against all ungodliness and unrighteousness of men, who suppress the truth in unrighteousness, because that which is known about God is evident within them; for God made it evident to them. For since the creation of the world His invisible attributes, His eternal power and divine nature, have been clearly seen, being understood through what has been made, so that they are without excuse. For even though they knew God, they did not honor Him as God, or give thanks; but they became futile in their speculations, and their foolish heart was darkened. Professing to be wise, they became fools (Romans 1:18-22 NAS).

People reject the obvious when they dislike the implications. People believe the absurd when they despise the alternative. People bow their reason to their fallen desires when they refuse to bow the knee to the excellence and authority of the One to whom we owe all love, honor and obedience. And, people know better. 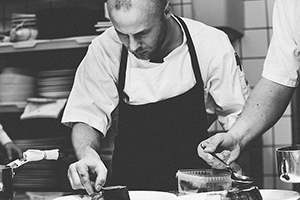 Yes, I Want a PDF of “People Know Better”