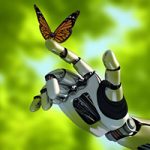 In the previous article we highlighted the narrow but vital purpose of the series—to show that atheists assume for themselves the ability to know that which lies beyond their ability to know. Behind every argument against God’s existence lurks the unwarranted assumption of the adequacy of limited people to speak of transcendent realities. We turn now to examine yet another example of how atheists do this by a brief look at “naturalism.”

Naturalism comes in many flavors, from the more absolute and dogmatic claims that nothing can possibly exist beyond matter in space and time, to agnostic versions that grant an unlikely possibility of the “supernatural,” an immaterial soul, and miracles, including the possibility of the God of Scripture, if such could be empirically verified. Thus, opinions vary as to what can legitimately be called “naturalism.” But one trait characterizes every version—all assume that limited people, from their tiny vantage point, can speak with authority about the ultimate nature of the universe and beyond.

We need not exhaustively understand every flavor of naturalism to see the inadequacy of the basic assumption behind them all. To keep it simple, we’ll briefly look at one example expressed by the evolutionist Richard Dawkins in his book, The God Delusion. [1] Dawkins claims that thought and emotions have a “natural” origin (as opposed to a supernatural or Divine) and defines the “philosophical naturalist” as denying the existence of anything beyond the “physical world,” including souls, God, and miracles. He admits that we have yet to understand many “natural” things, but “hopes” to eventually understand them as part of the “natural.” By the way, why would a “neutral” and “objective” scientist that claims to go where the facts lead him “hope” for such an outcome unless he was predisposed against the alternative? Perhaps his interpretations follow his predisposition? But, I digress.

Dawkins’ assumption of his own adequacy to speak of ultimate realities appears in every flavor of naturalism. Thus, the simple question applies to its every proponent—How do you know what you claim to know? Or, how can people that do not know the contents of their neighbor’s garage without having a look, who have never been beyond the three or four dimensions of their existence, possibly know that nothing can possibly exist beyond the matter that can be seen, heard, tasted, touched, and smelled by their limited senses? How can every possible reality be limited to what finite people can personally experience? What validates such an all-encompassing assumption? Can infinitesimally small human beings really define what is possible in and beyond an immeasurable universe? Just how big are we compared to the cosmos, let alone what lies beyond it? It appears that the same folks exclaiming the marvels, mysteries, and immensity of the universe, and their smallness by comparison, can assume their ultimacy in the same breath.

And, on what possible ground can naturalism be considered reasonable or scientific? Faithful scientists may limit their conclusions to what they can observe, test, and repeat. But, what justifies the leap to assertions about all of possible reality, things that have never been demonstrated by the scientific method? Naturalism stands on assumptions that ultimately rest on the unscientific and blind-faith assumption that limited people, from their tiny vantage point, can speak with authority about the ultimate nature of the universe and beyond. Indeed, to know that “naturalism” is true requires knowledge of everything in the universe and beyond.

The agnostic naturalist may grant that a “god” could exist, that people might have immaterial souls, and that miracles might be possible, but will deny their existence without “tangible” proof. Yet, no one views a beautiful painting and requires tangible proof to accept the existence of its talented painter. Some things are self-evident, intuitively and immediately known, and ridiculous to deny. Yet, that which reflects infinitely more genius, design, complexity, and beauty gives no evidence of its Maker? It does, of course, and all people know that it does, even while they resort to unjustified and unscientific assumptions to deny it. 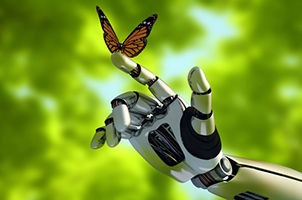 Yes, I Want a PDF of “The Human Limitations of Unreasonable Atheism (Part 4):
Naturalism”