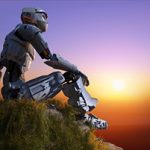 Naturalists, as do all atheists, reject the authority of God and Scripture and assume their own ability and authority to explain the nature of the universe and beyond, trusting their limited perspective as sufficient to explain ultimate realities. In the previous article we noted that naturalists claim that nothing exists except matter in space and time. Continuing our look at naturalism, we examine further why finite people, from their finite vantage point, cannot know that souls, angels, and God as Infinite Spirit do not exist.

Scripture clearly reveals the existence of the immaterial soul as the key element of human life, angels as spirits serving those who inherit eternal life, and God as the boundless Spirit that created and sustains everything. Each exist beyond the physical realm, possess none of its limitations, and cannot be measured. And like all things, angels and our souls depend on God as their designer, creator, and sustainer.

We know that angels and souls exist because God exists. Scripture reveals God’s infinite excellence and works, while His creation, His giving of good things, and our conscience display God’s existence and attributes. “That which is known about God is evident within them; for God made it evident to them. For since the creation of the world His invisible attributes, His eternal power and divine nature, have been clearly seen, being understood through what has been made, so that they are without excuse” (Rom. 1:19-20 NAS). “He did not leave Himself without witness, in that He did good and gave you rains from heaven and fruitful seasons, satisfying your hearts with food and gladness” (Acts 14:17 NAS). He has written His law on every heart (Rom. 2:14-15 NAS).

And in the same way all people know that God exists, so we know the reality of the soul—by its effects. Created and sustained by God, we intuitively and immediately see the evidence, apart from complex logical or philosophical formulas. The soul appears in personality, in how we love, hate, reason, choose, create, and know good from evil, none of which are explicable or possible by mere time, chance, and matter. Like the existence of God, the reality of the soul is obvious.

Yet, naturalists deny this, and no argument will convince them otherwise until God opens their spiritual eyes and removes the prejudice against their debt to love and obey Him. But the question remains, how can someone limited by five senses, three or four dimensions, and limited reason (itself an evidence of the soul), possibly know that people have no spirit that gives life to the body and lives after death? Naturalists reason from the material to the immaterial and infer from the physical world that no spiritual world is possible. But, how does this follow? How does the nature of physical things make impossible things that lack and transcend physical properties? How can anyone know that reality must be limited to what they can taste, touch, see, hear and feel, or be limited to that which they can fully understand?

Like a creature of the sea concluding from its limited experience that nothing exists beyond the realm of salt water, so the naturalist denies the existence of a realm beyond the “natural.” Denying the obvious, they draw conclusions from data that imply no such thing, like pointing to ice cream to deny the existence of quantum physics, or a lump of coal to deny the existence of Maine Coon cats. Children may lack the ability to understand things beyond their experience and capacity to know, but how greater looms human ignorance of the immeasurable universe and beyond. Of course, all things point to the power and genius of God as their creator and sustainer. But the atheist denies this obvious reality and attempts to draw conclusions from data that cannot support their claims. Given our profound human limitations, we cannot deny transcendent realities by pointing to material things. In the end, our meager experience and perspective reduce the best arguments against the existence of the soul to blind-faith guesses.

The same applies to angels. Some deny their reality by appealing to debunked accounts of ghosts and the paranormal. But these need not form the evidence for angels—the obvious existence of God and His testimony in Scripture suffice. Moreover, the question for every atheist applies here, how do you know what you claim to know? Angels have none of the properties of the material universe, how can a finite human being know they do not exist? How can anyone know that nothing exists beyond what they can see, touch, taste, hear, smell, or understand? Can we reasonably limit what is possible in and beyond the universe to what we can perceive or comprehend? Who can legitimately make their own understanding the standard of truth, or the measure of what is possible in and beyond the universe? To do so is neither reasonable nor scientific.

And like denials of miracles, one must first know that God does not exist to know that angels and souls do not exist. And one must know everything in the universe and beyond, including every possibility, to know that God does not exist. Even so, our ability to think and reason about such things gives evidence of the existence of both God and our soul. Created in His image (though marred by sin), we display aspects of His power and genius.

Much more could be said, but the intent of the series is not to prove the existence of spiritual realities—the self-authenticating and divine nature of Scripture suffices for that. The narrow purpose highlights the blind-faith and unjustified assumption underlying every denial of God’s existence and works—the adequacy of limited people to explain transcendent realities. Rejecting God’s clear revelation in Scripture, creation, and their own conscience, they assume for themselves the ability to know what they cannot know.

Thus, the question remains for the naturalist, as for every atheist, how do they know what they claim to know? On a good day, mere mortals can remember where they put the car keys. Nonetheless, we cannot know the contents of our neighbor’s garage without having a look or the neighbor telling us. Denying God’s explanation, what qualifies mere specks in the universe to speak with authority about transcendent things? Regardless of the size of their books, the length and number of their scientific and logical formulas, or the number of people supporting their claims (none of which could exist apart from God), no argument can show that souls, angels, or God Himself do not exist. As it is, they use their God-given abilities to deny their own special status as created in God’s image, reject their would-be servants that God created to “render service for the sake of those who will inherit salvation” (Heb. 1:14 NAS), and insult the Infinite Spirit that designed, created, and sustains them that they might know and love Him in happiness forever. Christ paid an infinite price for sin that they might enjoy such a gift. May God grant them grace and mercy to accept it. 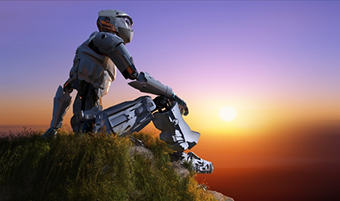 Yes, I Want a PDF of “The Human Limitations of Unreasonable Atheism (Part 5): Naturalism (Continued)”