In the previous article I introduced The Impossibility of God, a collection of essays arguing that God cannot exist because ideas of God are logically contradictory. Section One includes articles contending that elements in the definition of God are mutually incompatible or contradictory (I will assume biblical definitions of God going forward). In the introduction to these “definitional disproofs” we have the key to analyzing the soundness of every argument in the book.

According to the editors, a “definitional disproof” of God looks like this: [1]

In other words, in the same way a square circle cannot exist, so any idea or concept of God that contains contradictory elements cannot exist. As believers we certainly agree with the first premise that in God are no contradictions. He is perfect in every way and cannot be a mixture of any incompatible attributes or elements. But what about the second premise that the definition of God is not self-consistent? Moreover, does the conclusion necessarily follow, even if atheists believe that definitions of God contain contradictions?

Specific contradictions alleged by the authors will be addressed in subsequent articles, but for now we ask if the limited perspective of the atheist is sufficient to establish such a claim. Several assumptions lie behind the above argument, including the ever-present belief in the adequacy of the atheist to know transcendent realities. Taking into account our human limitations, perhaps a more accurate rendering of the argument would be as follows:

Given God’s infinite greatness, many things about God are difficult to understand and logically reconcile in our head. But, God’s greatness and our smallness do not justify finite and fallible people making our perspective and understanding the ultimate test of what can exist in and beyond the universe, presuming God can be no higher than what we can logically reconcile in our thoughts. Mystery is both logical and to be expected. If we could fully comprehend God, He would not be God. Or, conversely, if we could fully comprehend God, we would be God. But, “‘My thoughts are not your thoughts, Neither are your ways My ways,’ declares the LORD. ‘For as the heavens are higher than the earth, So are My ways higher than your ways, And My thoughts than your thoughts’” (Isa. 55:8-9 NAS). Thus, we can only know of Him what He has chosen to reveal to us.

We do better admitting our smallness before an infinite God, rather than adopting the irrational and unjustified assumption that our limited perspective and reasoning constitute the ultimate standard of reality in and beyond the universe. Perhaps we could offer another argument, as follows:

For instance, how can logic used by limited people explain the nature of infinite spirit, or of God speaking a universe into existence from nothing? Logic is necessary to order our reasoning, but entirely inadequate to prove or disprove transcendent realities, and unable to grant finite people abilities beyond their human limitations. Moreover, to know what is possible and impossible in and beyond reality as we know it requires complete knowledge of everything in the universe and beyond, a simple fact the contributors to The Impossibility of God should consider. Their brilliance notwithstanding, they suffer from the same severe limitations as the rest of us when speaking of things beyond our ability to know apart from God’s explanation in Scripture, the same Scripture that contradicts their assertions.

Ironically, no universe, thoughts, or book claiming God is impossible are possible without Him. Indeed, unbelief only exists because God exists.

He Himself gives to all life and breath and all things; and He made from one, every nation of mankind to live on all the face of the earth, having determined their appointed times, and the boundaries of their habitation, that they should seek God, if perhaps they might grope for Him and find Him, though He is not far from each one of us; for in Him we live and move and exist (Acts 17:25-28 NAS).

In the end, God’s existence remains obvious to everyone, and He will have the last word. “Surely the people are grass. The grass withers, the flower fades, But the word of our God stands forever” (Isa. 40:7-8 NAS). Perhaps the authors might consider thanking God for the good gifts they use to deny Him and reassert them for His honor. Eternity is a long time and Christ suffered God’s infinite wrath in our place to pay the penalty for such ingratitude. Thankfully, “He is able to save forever those who draw near to God through Him” (Heb. 7:25 NAS) “Now to the King eternal, immortal, invisible, the only God, be honor and glory forever and ever. Amen” (1 Tim. 1:17 NAS). 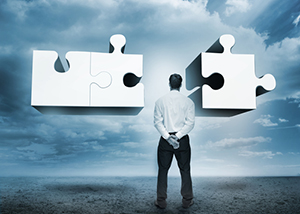 Yes, I Want a PDF of “The Human Limitations of Unreasonable Atheism (Part 11): “Definitional Disproofs” (Part A)”