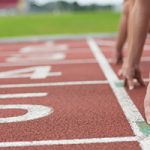 In earlier articles we examined the atheists’ assumption that their limited human perspective can speak with authority about ultimate and transcendent realities. We also saw that theological mysteries and difficulties cannot support denials of God’s existence. God is infinite, we are not. Just because we cannot understand something does not make it untrue. Our opinion and experience do not form the ultimate standard of what can be true or possible in and beyond the universe as we know it (and we know very little). We turn now to another important facet of these principles: the assumptions through which we view God and the world form the “starting point” of our thinking. When we view and interpret things we always begin with assumptions about God and the world, the colored lenses through which we view things.

Atheists assume they can know that God does not exist, and thereby assume that the Bible is not God’s word, Christ is not God, heaven and hell are imaginary, no ultimate authority exists to define or judge sin, life and the universe formed and organized themselves, et al. In short, if your starting point excludes God, then everything will be interpreted accordingly. For the believer, God forms our most basic assumption. Therefore, He created and sustains us, apart from Him we have and can know nothing, and to Him we owe everything. The Bible is His authoritative revelation of His person and works in history and beyond and is the handbook for living and eternal life in Christ (among many other things).

A popular misconception affirms that people start with a neutral belief system, objectively look at the world, and then believe or reject God based on the evidence. Reality, however, tells another story. Belief precedes a view of the evidence and determines its interpretation. The starting point determines the end point, or our starting assumptions determine our conclusions. We view and interpret everything according to our most basic assumptions about God and His world. This explains why an atheist can see the stunning design and beauty of life and the universe and deny a Designer. Rejecting God, they see no evidence for Him. Believers view the same world and see God’s genius everywhere. At issue is whose starting assumptions are true?

We again ask the question, can the atheist know that their starting point for interpreting the world is true, that God does not exist? Can they possibly know the basis by which they have devised the hypothesis of evolution, deny the evidence for a Designer, and determine right and wrong? As we have seen, the atheist would need to know everything about everything in the universe and beyond to know that God does not exist. Thus, the atheist’s entire enterprise of interpreting and explaining the world stands on the blind-faith assumption of their ability to know ultimate realities. Having started in the wrong place, they end up in the wrong place.

When an atheist claims that God cannot exist because… [fill in the blank], we should immediately recognize the unreasonable assumption of their own perspective as sufficient to know what they claim to know. When someone says hell does not exist, that God’s design for men and women in marriage is false, that the Bible is full of fairy tales, how do they know? The assumption or starting point behind these claims holds their limited perspective or opinion as adequate to know such things. But atheists cannot possibly know that the starting point by which they interpret and explain the world is true. Their limitations are too great.

Thus, in responding to unbelief, we should take care to honor God as the infinite source and sustainer of all things, who can do anything, on whom we depend for knowledge and all things. We dare not affirm unbelief by conforming our answer to suit their unjustified assumptions. The idea that finite and fallen people are the ultimate standard of truth and can speak with authority about ultimate reality results in the loss of truth amidst the blind-faith opinions of millions of people, none more capable of speaking about ultimate realities then the others. None can know the contents of their neighbor’s garage without having a look or know what lies beyond the universe and their three or four dimensions of existence. If you start with human opinion apart from God’s revelation, you end up with human opinion.

Believers, then, should not discard the high ground of God and His Word by seeking to conform God’s explanation of Himself, reality, and history to the unbelieving worldview. This not only dishonors God, it forfeits the opportunity to expose the false assumptions behind false interpretations of God and the world and the universal need of Christ and Scripture for truth. We should not affirm the unbeliever’s presumed authority to speak about things they cannot know apart from Scripture by reducing miracles to theological metaphors rather than actual events, by making a global flood local, or by putting God behind the unscientific and absurd hypothesis of evolution, thereby making death, that horrific and painful curse and enemy, God’s means to advance life, an odd notion that overthrows the entirety of the history of redemption and makes God look more like the devil than the holy and good God of Scripture.

Behind the basic assumption or starting point of our view of the world stands a more basic force—love or hatred toward God. Disdain for God’s authority, resentment of His holiness and righteous judgments, and an unwillingness to submit to His will drive the assumptions and interpretations of the atheist. For the believer, “the love of God has been poured out within our hearts through the Holy Spirit who was given to us” (Rom 5:5 NAS). “The love of Christ controls us” (2 Cor. 5:14 NAS). Scripture reveals that God displays His existence and attributes clearly and conspicuously in the nature of all of creation (Rom. 1:18ff.), His giving of good things (Acts 14:17), and our conscience (Rom. 2:14-15). God opened our eyes to see that “the heavens are telling of the glory of God; And their expanse is declaring the work of His hands” (Ps. 19:1 NAS). In this we rejoice, “For Thou, O LORD, hast made me glad by what Thou hast done, I will sing for joy at the works of Thy hands. How great are Thy works, O LORD!” (Ps. 92:4-5 NAS). 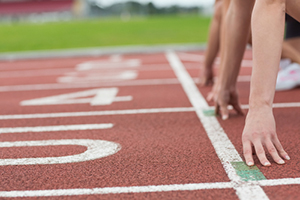 Yes, I Want a PDF of “The Human Limitations of Unreasonable Atheism (Part 9):The Vital Starting Point”