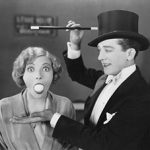 Last time we critiqued three claims that miracles do not imply God as their source. We turn now to a fourth and counter-intuitive argument, namely, miracles, or “permanently inexplicable” violations of “natural law,” not only do not imply God as their agent, but give positive evidence that the Christian God does not exist. Asserting what she believes concerning a benevolent, all-powerful and all-knowing God, the atheist author suggests that miracles are inconsistent with what such a God would do. [1]

To begin, our author proposes that believers view the “harmony” of the universe as evidence for God. But as miracles are disruptions of that harmony, a “moment of chaos” or metaphorical “dissonance,” they cannot be evidence of God. Christians, she says, cannot have both harmony and chaos as evidence of God. Yet Scripture teaches that what God designed, created, and sustains display His genius, power, and goodness, while His miracles in history, including those of Christ’s ministry, display His control over it all. Thus, Jesus giving sight to the blind to demonstrate His divine credentials as Messiah agrees with the character of a benevolent God, while Christ raising the dead and walking on water display no “chaos” or “dissonance.” The sovereign God displays His power and genius in ordering and controlling His universe as He sees fit. When Christ calmed the “chaos” of the sea, the disciples were “amazed” and said, “Who is this, that He commands even the winds and the water, and they obey Him?” (Luke 8:25 NAS). We can safely assume that they did not doubt Christ’s divinity because He healed the sick, raised the dead, and controls the wind and waves.

Next, the author alleges that people are “knowledge-seekers” that try to understand the world by “patterns” and “regularities.” And since miracles are rare and random compared to ordered, “natural laws,” they “mislead” people by hindering “growth of scientific and philosophical comprehension” of the world, something a “benevolent God” would never do.

God, however, desires that people see life and the universe as a picture of His power, genius, and goodness, not as operating by itself. And even as every “natural law” displays His glory, every miracle in response to prayer or as demonstrating His rule over the universe affirms God’s goodness and purposes as revealed in Scripture. Whether they fit a “pattern” is irrelevant—no biblical miracle in its context ever led those that saw them to doubt God’s power and existence. Indeed, God desires that all people view the world as His handiwork, and miracles as evidence of His power and benevolent involvement in the affairs of His people. They may not agree with the assumptions of the atheist’s worldview, but they certainly display God’s purposes.

Moreover, as time and chance produce no laws, “natural” or otherwise, science and knowledge are impossible apart from God creating and upholding the universe. And while a benevolent God would never mislead His people, He desires that they see the obvious evidence that He created, upholds, and orders it as He pleases. To view the world operating on its own, and to “scientifically” study it with this underlying assumption, contradicts God’s revealed purpose in the world. Indeed, “Forever, O LORD, Thy word is settled in heaven. Thy faithfulness continues throughout all generations; Thou didst establish the earth, and it stands. They stand this day according to Thine ordinances, For all things are Thy servants” (Ps. 119:89-91 NAS). “Thus says the LORD, your Redeemer, and the one who formed you from the womb, ‘I, the LORD, am the maker of all things, Stretching out the heavens by Myself, And spreading out the earth all alone, Causing the omens of boasters to fail, Making fools out of diviners, Causing wise men to draw back, And turning their knowledge into foolishness’” (Isa. 44:24-25 NAS). And as Paul told the Athenians, “The God who made the world and all things in it…gives to all life and breath and all things” (Acts 17:24, 25 NAS). A benevolent God desires in us a proper humility that views His nature and works correctly. “For My hand made all these things, Thus all these things came into being,” declares the LORD. “But to this one I will look, To him who is humble and contrite of spirit, and who trembles at My word” (Isa. 66:2 NAS).

If God performs miracles, why doesn’t He do more to solve the world’s problems? A good question, but we can only know what He has chosen to reveal to us, and He has revealed everything we need to trust Him with the affairs of the universe. Countless “secrets things” of God lie beyond our limited understanding and prove that we are not God, but our limitations do not constitute evidence against His existence.

With these three words our author describes the miracles of Scripture. God does not act as an all-powerful, all-knowing, and good God because He does not cure everyone, she says. Yet, what she calls caprice and bias Scripture calls God’s sovereign and free choice. In Christ’s response to the complaints of workers paid the same as those who worked less, He said, “‘Is it not lawful for me to do what I wish with what is my own? Or is your eye envious because I am generous?’ Thus the last shall be first, and the first last” (Matt. 20:15-16 NAS). Does God healing a blind man display caprice because He did not heal everyone? Does God exerting His rights as the creator and owner of everything constitute injustice? Siblings may cry injustice at unequal gifts around the Christmas tree, but such complaints are no philosophical or theological threat to God’s miracles or existence. Should we complain that philanthropists give gifts to select recipients? People, like God, can give what is rightfully theirs to whomever they please. In any event, God’s perfect justice will prevail in the end.

Our author also argues that miracles performed in time and space cannot sufficiently display the purposes of a limitless God. Yet they certainly display His power over life, death, health, the sun in the sky, the properties of reality, and whatever else is involved in His miracles. Or, as Jesus responded when detractors disputed His right to forgive sins, “which is easier, to say, ‘Your sins are forgiven,’ or to say, ‘Rise, and walk? But in order that you may know that the Son of Man has authority on earth to forgive sins’—then He said to the paralytic—’Rise, take up your bed, and go home’” (Matt. 9:5-6 NAS). What more than every aspect of His creation and His power over it could meet the author’s criteria for sufficient evidence of His limitless power? As it is, “since the creation of the world His invisible attributes, His eternal power and divine nature, have been clearly seen, being understood through what has been made, so that they are without excuse” (Rom. 1:20 NAS).

To make her case she would need to consult Scripture, the record of the time, place, nature, and purpose of God’s miracles on which Christians base their beliefs, including Christ’s resurrection from the dead, and then show how they each give evidence that God does not exist. Yet, she would be hard-pressed to find an instance that calls into question God’s existence and power. In the previous article I addressed some difficulties with trusting in contemporary reports of miracles as the basis of faith in God. But even with uncertainty concerning the source of many contemporary miracles, none deny the possibility of God’s existence and ability to perform them any more than crooks abusing the Gospel for money deny the infinite excellence of Christ. In the end, she demonstrates that the biblical worldview does not agree with her view of the world, her concept of fairness, her opinions about miracles, and her view of God and the world He created and sustains. At the same time, she said nothing to disprove miracles and God who performs them.

“And the Word became flesh, and dwelt among us, and we beheld His glory, glory as of the only begotten from the Father, full of grace and truth” (John 1:14 NAS). That glory, in part, is seen in His miracles, the greatest being His resurrection, the vindication of His paying the full penalty for our sin that we might have eternal life though faith in Him. Whatever one thinks of contemporary accounts of miracles, the biblical accounts not only provide a proper “scientific and philosophical comprehension” of the world, but point to the source of eternal life and reconciliation with the One who created it. “For what does it profit a man to gain the whole world, and forfeit his soul?” (Mark 8:36-38 NAS). “It is a trustworthy statement, deserving full acceptance, that Christ Jesus came into the world to save sinners” (1 Tim. 1:15 NAS). Therefore, “we beg you on behalf of Christ, be reconciled to God. He made Him who knew no sin to be sin on our behalf, that we might become the righteousness of God in Him” (2 Cor. 5:20-21 NAS).

[1] In an earlier article I noted that I would be addressing original sin in this series. I have since decided that original sin deserves a separate and detailed series of its own, which I will likely do later this year. 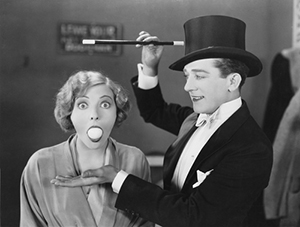 Yes, I Want a PDF of “The Human Limitations of Unreasonable Atheism (Part 25): Doctrinal Disproofs: Do Miracles Disprove God? (Part B)”