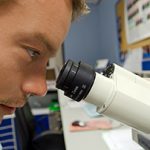 I recently viewed a panel discussion where evolutionists argued that “science” alone should be taught in schools, assuming macro evolution to be an “established fact.” They called their claims “scientific,” while labelling “intelligent design” and “creationism” as “unscientific” and founded on “blind faith.” But, do those proposing time, chance, and macro evolution as the explanation of life and the universe go beyond what can be known by the scientific method? Or, does the nature of the universe raise big questions that people cannot answer by merely using their senses and imagination to interpret the world?

In a previous article, The Opinions of Science or Scientists, I observed that “science has no authority and existence of itself.” Rather, “science is done by people employing the scientific method,” or “the recognition and formulation of a problem, the collection of data through observation and experiment, and the formulation and testing of hypotheses.” [1]

Science says nothing—people say things about the data they observe, test, and interpret, and people have limitations that restrict what can be known by the scientific method. The limitations of “scientists,” then, comprise the limitations of science. God’s rebuke of Job applies to scientists and everyone alike.

Where were you when I laid the foundation of the earth? Tell Me, if you have understanding, who set its measurements, since you know? Or who stretched the line on it? On what were its bases sunk? Or who laid its cornerstone, when the morning stars sang together, and all the sons of God shouted for joy?” (Job 38:4-7).

Given our finite human perspective, a good many questions said to be answered by “science” cannot be answered by application of the scientific method. Here is a small sample:

Nevertheless, many speculate about such things and call their beliefs “scientific.” Yet, apart from God’s revelation, scientists lack the authority to give answers to ultimate questions they cannot validate by the scientific method. And by the way, Scripture answers all of the above questions, while no scientific discovery to-date has proven a single biblical explanation of the origin, nature, and history of reality to be impossible or untrue. Indeed, all of reality harmonizes with the existence of the infinitely powerful God of Scripture as its designer, creator, and sustainer, with the will of created beings as the source of moral evil (but I digress).

The inability of finite people to answer ultimate questions by doing science, however, does not imply insufficient evidence for the existence, nature, and works of God—the creator, sustainer, and source of all truth. On the contrary, all things declare God’s existence, power, goodness, and genius (Romans 1:18-22; Acts 14:17, Psalm 19, et al), and are “understood through what has been made, so that they are without excuse” for not giving God honor and thanks (Romans 1:20-21). In addition, God gave all people a conscience that confronts them with their accountability to God for their choices (Romans 1:32; 2:14-15).

In the end, appeals to “science” to make claims that cannot be confirmed by the scientific method ring hollow. To repeat an analogy, if a mere mortal like Richard Dawkins cannot know the contents of my garage without having a look, he cannot know what lies beyond the edge of the universe or the three or four dimensions of our existence, no matter how powerful his telescope or how loudly and often he appeals to science and belittles anyone would ask him to justify his assertions by the scientific method. Scientists have made tremendous discoveries about God’s universe and have used God’s design and ordering of His world for countless benefits to mankind. But science has limits—the limits of those who conduct it, and the limits of those who should restrict dogmatic pronouncements to things they can demonstrate scientifically. We do best leaving explanations beyond the capacity of our knowledge to the One who created, sustains, and knows all things. To Him we turn for answers to ultimate questions, while granting scientists their due respect where they can speak with justified authority. 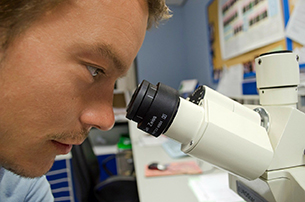 Yes, I Want a PDF of “The Limits of Scientists and the Scientific Method”